In Memory of Sugarbear

"Until one has loved an animal, a part of one's soul remains unawakened. "
(Anatole France) 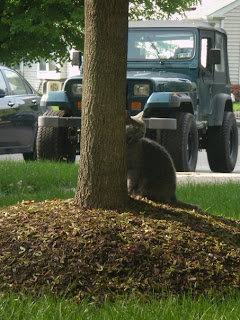 Not much is known about the early life of Sugar. I adopted her in 2002 from a friend of a friend of a friend, who was going to return her to the shelter where she was originally found. Not then a big "cat person," but also not wanting a little creature to go spend her life in a cage or be put to an early death, I took Sugs, then known as "Vegas," into my apartment, and into my heart.

Sugar was not a very demanding cat, as many cats can be. If I stayed away from home too long she would yell at me when I got back, and if she needed some crunchies in her food bowl she might speak up, but other than that, all you'd ever hear from her was a nice, warm, loving purrr. She was a phenomenal purrr-er. If cats got paid for their purrring abilities, Sugar would have been a very wealthy feline. 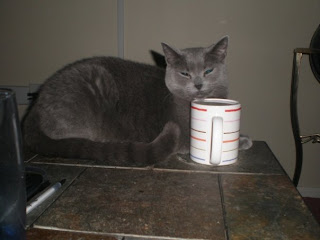 She loved drinking out of her mugs

Over the years, Sugs became quite the little traveler - living with me in at least 4 different places in Pennsylvania, 2 different apartments in San Pedro, and eventually here with me in Alta Vista. I remember watching her check out each new home with caution and curiosity, and she was quickly able to find a cozy spot, wherever we were.

She was often seen napping in warm spots of sunshine and chewing on blades of grass. She enjoyed exploring the outdoors, but seemed equally content just being at home, close to her humans. She loved playing with string and shoelaces, trashballs, catnip filled toys, bugs and snakes, and anything else that wiggled around in front of her. 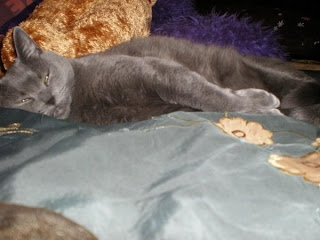 I could tell that she loved me by the way she would always follow me into whichever room I was spending time in, just to be close-by, and I hope she knows how much she meant to me. Going through normal up and downs of life, it's nice to have a furry friend around to make you feel a little better.

The final week of Sugar's life was filled with lots of attention, affection, and love while she battled her illness. (Possible bug/scorpion bite?) I like to believe that she wasn't in too much pain, as she continued to purrr every day when I spent time stroking her soft fur and trying to keep her comfortable.

Known affectionately as Sugar, Sugs, Sugarlicious, Boogity, Woogers, Queen Boogula, B.D Wong, Little Black-nosed bear, Bigfatbutt, and many other nick-names, she will be sadly missed by both her human friends, and her adopted feline siblings, Muffin and Bubby. 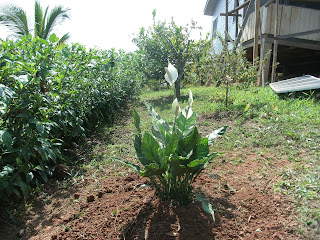 Final resting place in the foothills of the Maya Mountains, with plenty of sunshine.