This morning on the farm...

Is it possible that Sugar got reincarnated within 24 hours and came back as a baby farm chicken?

This little guy (or girl) was hatched sometime early this morning, and now he's just waitin around for his other little chicken buddies to come out and play. 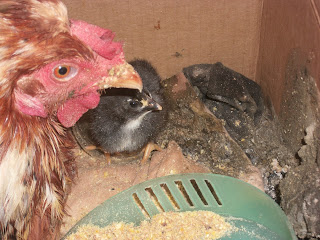 Fabian with her first born

I had to go into the chicken coop to see him and snap a picture - Cogburn kept his eye on me the whole time. It's really cool, how protective he is of his ladies. If he hears one of them making noise somewhere, he'll go running over to them to see what's up. 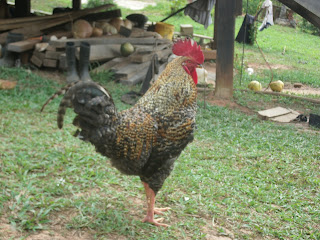 We found an old Kisskidee nest on the ground outside the house, and in the lime tree next to Sugar's Peace Lily, we found this abandoned Hummingbird's nest. 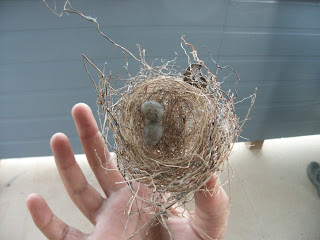 
I've mentioned that we collect rocks, right? We decided to build a shelf in the verandahs to put nice chunks of smokey quartz, rose quartz, and crystal quartz crystals on. We're still searching for Sage to cleanse them with, but for now they're just hangin out. 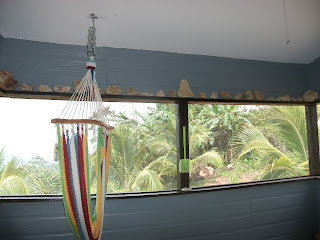 ﻿
It's been a hot, lazy day for me... I started walking around and taking pictures of the land, but I gave up pretty quickly and came back inside to hide from the sun. I did find these pretty little flowers growing in the driveway though.... 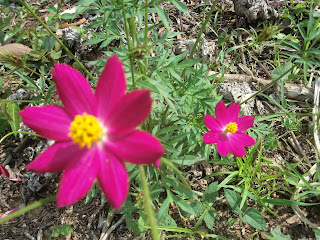 I overheard someone outside say there are more baby chicks in the box... how long before I get to play with them??﻿
﻿