This trip back to Pennsylvania has completely exhausted me.

Maybe it has something to do with drinking more liquor in 3 nights than I have in the past year, or maybe it's because I didn't go to bed until around 4am almost every night that I've been here, or maybe it's from trying to catch up with 20 different people in 7 days, but I'm BEAT!

If you know me in real life, then you probably know that I had been craving a greasy, South Philly cheesesteak for, like, 3 months, so I had my friend Eric stop at Pat's before we headed into the 'burbs. 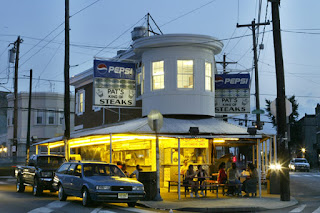 I didn't take this pic, I found it on the visitphilly.com website.

I have to say... the cheesesteak was not as good as I remember it being. I could, like, taste the chemicals in the cheese or something - and I've been noticing the same chemical taste in a lot of the food here that I used to love. It's slightly disappointing, but I guess it's kept me from gaining 10 pounds while I'm visiting, so that's a plus.

The best meals I've had since I've been here were the home cooked ones, obviously;
My mom made me chicken cutlets with corn and garlicky spinach; my sister Shannon made me a lasagna and chocolate chip cookies; and my sister Lisa made me Snickerdoodle Cupcakes with cinnamon buttercream frosting on Wednesday night -  and then salad, corn on the cob, two different varieties of chicken, and a Brown Sugar Pound Cake for the dinner party she hosted a few days later for me and a couple of friends. 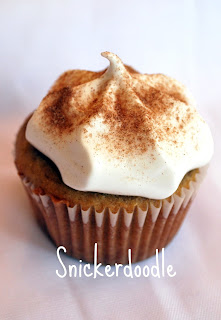 Another stolen picture - but the ones Lisa made tasted as good as this one looks.

Tonight, my dad made pasta with shrimp, garlic, spinach and olive oil. I love my family.

I was super excited to meet my niece's new adopted dog, Loki, while I'm here and OMG, he's the cutest little thing, I love him! 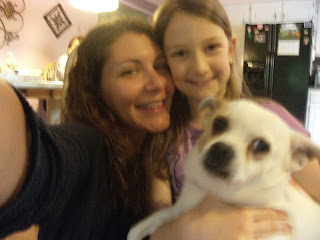 with my neice and her new doggy 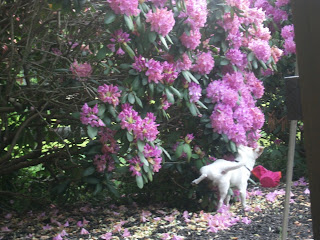 I feel like I didn't really DO a whole lot during my stay here in Bucks County... I didn't play any disc golf, I didn't get to any shows, didn't go for a walk to the fountain...  but I DID get to see some of my favorite people! 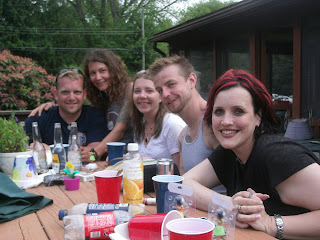 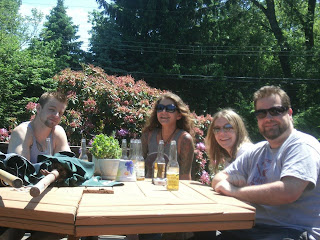 Ben, me, Kathy and Eric 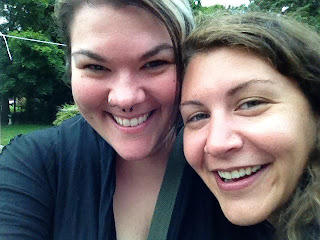 I saw other favorite people throughout the week but somehow managed to lose an entire album off of my laptop. I seriously have no idea how I lost it, but its gone... and there were some good ones in there from our nights in New Hope and Big Heads, and pictures of the new Churchville Nature Center building.

I still have the pics from last night, though.... they're cool, but there aren't any pictures of my friends and thats dumb :( 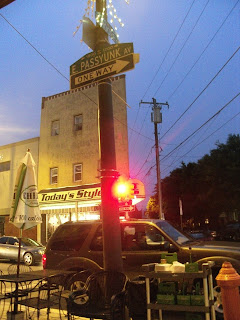 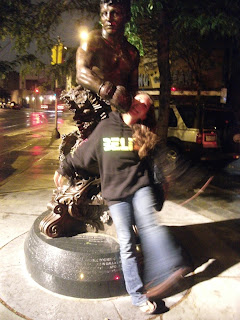 me gettin punched by a statue 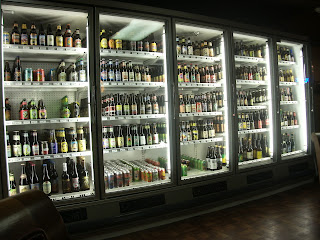 The Bottle Shop on Passyunk Ave 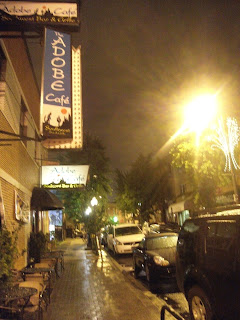 ﻿
Loading all these pictures on here makes me miss my friends, family, and Loki already.... but I'm still looking forward to going home tomorrow.
I think I miss my chicken.