Creepy creatures in my backyard

I was recently introduced to the biggest beetle I've ever seen.

Julio and Fernando found it on their way up here on Saturday morning and decided to catch it for me and Trip to check out. 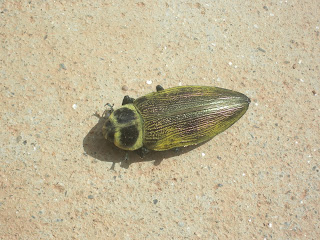 Again, I don't have a fancy camera so this picture doesn't do the thing justice - it's SO shiny! 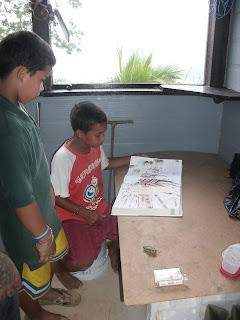 Julio and Fernando, trying to find the beetle in the Smithsonian Ultimate Visual Guide of Everything on Earth. (Such false advertising in the name, by the way) 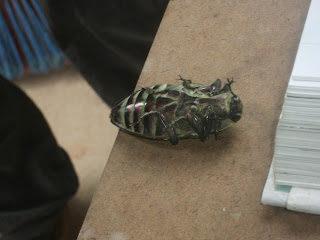 While they were working they found another, smaller beetle that didn't look very impressive at first - but they brought it in the house and stuck it in the dark spot behind the trashcan - and these two little white spots on its head started GLOWING! 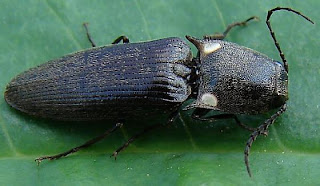 I've kind of gotten used to scorpions, even though I still shriek like a little girl and run away when I see them, but tarantulas still freak me right the hell out - so I wasn't happy to find this guy chilling on my front porch 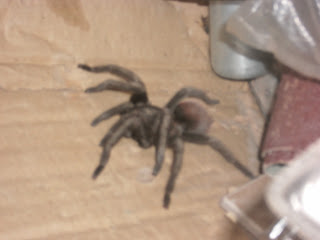 I've had enough of bugs and arachnids - when do I get to see the jaguars and panthers and other cute, furry things?
The only cats I see here are the ones I brought with me. 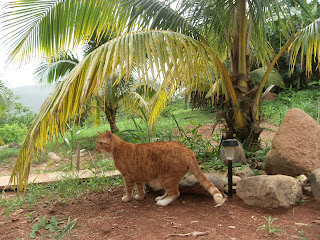 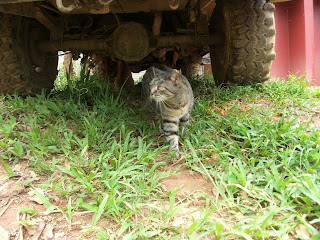