I have one of those USB wireless internet modem things, and I pay $70bz per month for 5gbs of useage (or something). This month though.... I used 11gbs because I watched so many movies online... so I don't get to have internet at home again until Sunday :( I don't know how I'll survive. 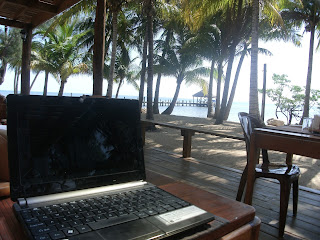 Perfect day by the Sea

I got three more postcards from my buddy Bob! They were hand delivered because he didn't have time to mail these ones, but he DID mail me others from Cancun, San Fransisco, Baltimore.... and somewhere else, while he was in the States last week. 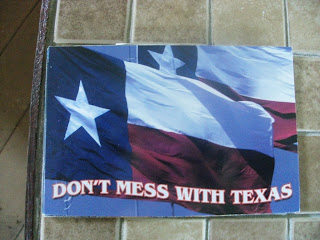 "Or Texas will mess back!" 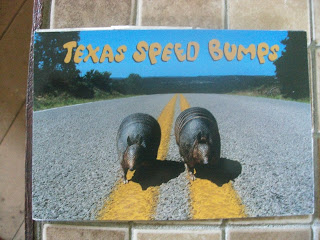 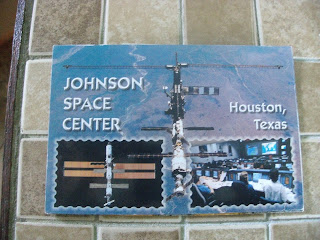 "Some people call me a Space Cowboy, some call me a gangster of love."

Thanks, Bob!! Your funny little messages were as good as the cards themselves :) And the stamps!! I can't believe I didn't take a picture of them, too!
(Reminder to everyone - International Post Card Swap! Message me or comment if you want in on it)

Moving right along....
This guy flew into my windshield the other day when I was on my way to my interview with the police in town: 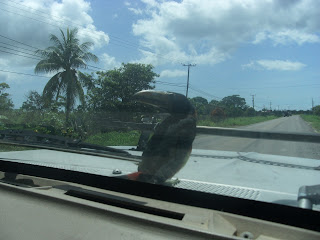 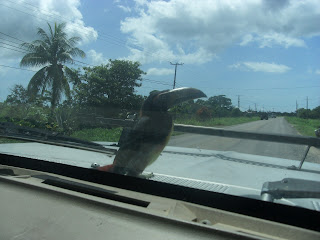 After it hit the windsheild it just laid there for a few seconds, then got up and shook it's head. I think it heard Robert ask me if I wanted him to catch it for me, because just as he took off his shirt to grab it, it flew away and almost got creamed by another truck. I like to believe that it made it home and is doing just fine.

The interview with the police went well, too. It wasn't really an interview as much another guy just writing down all the same information that they already have AGAIN.:
Name, address, birthday, passport number, US and Belize Social Security numbers, birth certificate info, employment....

I think being a "Certified Massage Therapist," even a currently unemployed one, helps me out in these interviews. Everyone I've talked to so far seem interested in it and want to know how they can make an appointment with me. (I have a table but nowhere to set it up!)

I'm down to the final step of the Permanent Residency process - all I have to do now is wait for an immigration officer to call me and tell me to come in to pay the fee and get my passport stamped! I hear that this last step takes the longest.... but I'm hoping to be a resident in about 2 more months :)

Well.... I guess this is it for a few days. I'll be going to Santa Elena with Robert either tomorrow or Friday and spending the night with his family after one of his friends does my hair.... Yes, I decided to go with dreadlocks. I'll take before and after pictures and try to get some as the work is being done.
I know a LOT of people don't want me to do it... but you'll just have to deal with it :)

Email ThisBlogThis!Share to TwitterShare to FacebookShare to Pinterest
Labels: farm life in Belize, how to move to Belize, International Postcard Swap, permanent residence in Belize, postcards to Belize, toucan in Belize