I started saving all of our empty glass and plastic bottles, thinking I could use them for future craft projects or storage or something... but Trip has another idea. 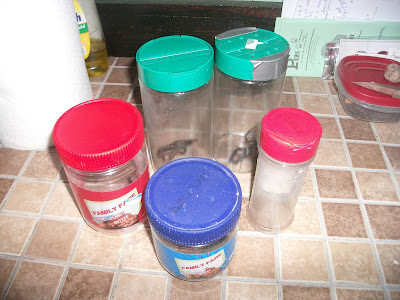 He has two beetles, a super tiny scorpion, and three normal sized scorpions so far. And they're sitting on my kitchen counter. 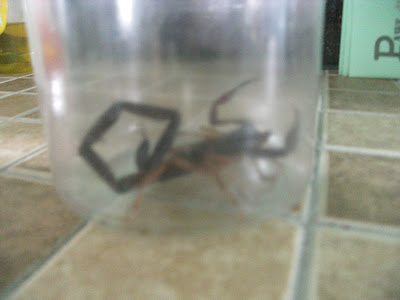 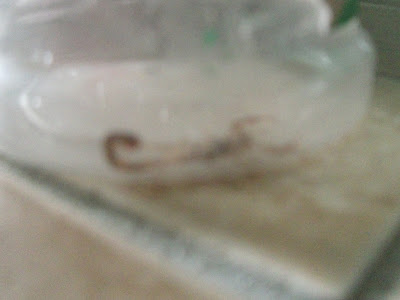 The tiny guy - I'm clearly not about to take the top off of the jars to get better pictures, sorry.

I've been reading up on scorpions and it seems as though the general consensus is that if you get stung by one, it will hurt like a bitch, but you won't die. Most people don't even need to be treated, they just rinse the bitten area with soap and water and use an ice compress to help the swelling go down. (People who start to twitch and have problems breathing should probably go get some medical attention though, that sounds like it could be kind of serious)

I don't know what his plan is yet with the bugs....but I'm sure there is one.