I picked up two more postcards from Bob when I stopped in the Dangriga Post Office on Friday! 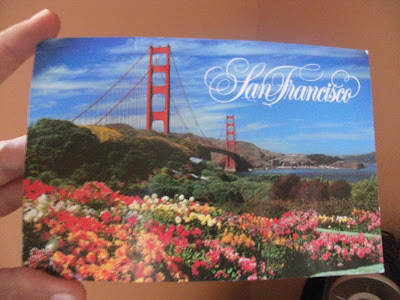 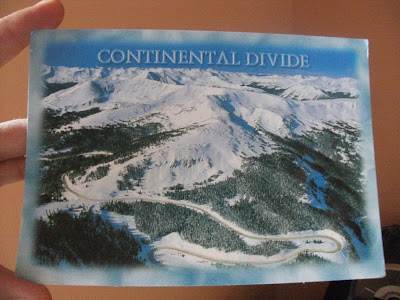 It was difficult to get a decent picture of them because it's so dark and dreary today. All weekend has been wet and soggy 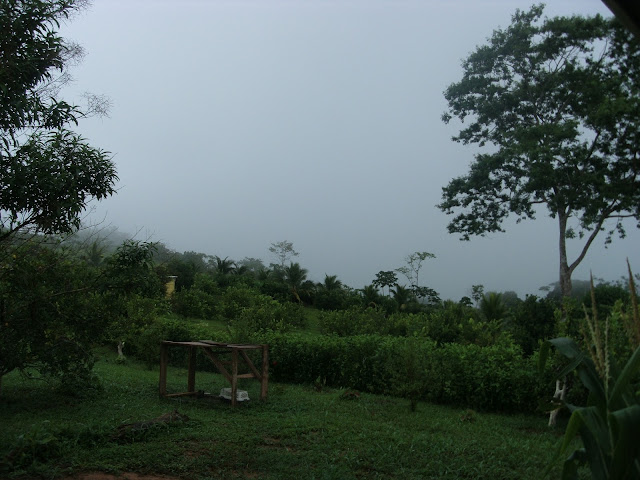 I still have to throw on my mud boots and go outside to spend time with the chicken, though.... and the bugs are 10 times worse when it's muddy out.

Lobo has been up here for a few days with his new buddy, Brutus. 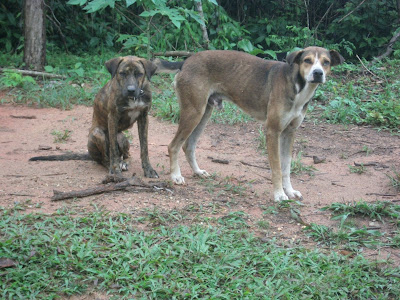 I know they don't belong to us and they really shouldn't be here, at least until we get Mama fixed... but they are really, really good guard dogs. Just about an hour ago they were going crazy, so I went out to see what was up and there were 4 or 5 young guys on our property. I tried to ask them if they were looking for someone.... but my lack of Spanish was, once again, a problem.... so the dogs just ran them off. They'll come back when Roberts home if it's important, I guess.

Poor Clive is tied up permanently now, so she doesn't get to come visit anymore. I feel so bad for her - I pass her house when I go down to the village and see that her owners have her tied up with a chain. No collar - just chain wrapped around her neck.
It sickens me how poorly people treat their animals here.

Even Brutus, who should be a big, strong, intimidating dog is all beat up and scrawny, and he only has three good legs. I don't know what happened to him, but he's a little sweetheart. 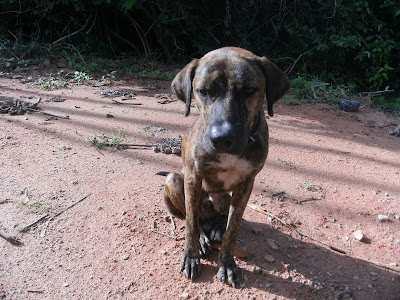 I'm hoping the rain clears up soon. I've only been home for 2 days and I'm already itchin to get out... and I'm curious to see how much worse the road has gotten.

This week, weather permitting, I'm going to take the bus to Xunantunich on Wednesday and spend the night in San Ignacio. Before I head home on Thursday I'll stop in Santa Elena to get my dreads tightened up, and maybe have some lunch in Belmopan.