The Return of Miss Muffin... and other stuff. 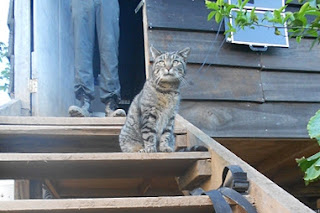 I didn't say anything to anyone when Muffin went missing about a week ago because I had a feeling she'd show up sooner or later.
A couple of years ago, when we were still living in Southampton, PA, she was gone for just over 6 weeks!
There had been construction work going on in one of the condos in the complex that we lived in and we think she may have snuck into the work truck for a nap and got stuck in there when they cleaned up and went home for the day. 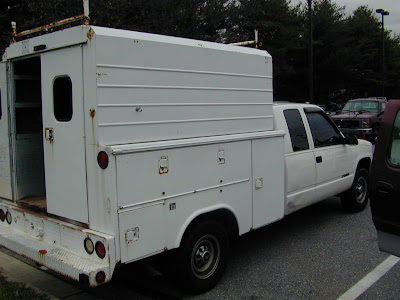 a truck similar to this - will all those great hiding spots

I had just about given up hope that I'd ever see her again - but then I woke up early one morning and was walking to the kitchen for a glass of water, and there she was. I almost walked right by her, thinking she was just Sugar or Bubby, but I did a double take, stared at her for a few seconds, and then asked her, "Where the hell did you come from?"

She was super super skinny and all she did for the first three days she was home was sleep - but she made it. 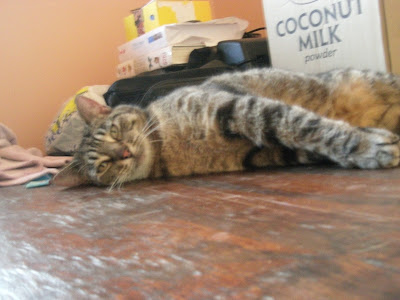 That's pretty much how it happened this morning when she came home, too. I heard Trip go into the kitchen and a few seconds later I heard, "She's home!"

By following her footprints we figured out that she came in through the doggy door out on the front verandah and climbed through the kitchen window - like a little ninja and not waking up the dogs.

Because of the dogs, though, (and the jaguars, panthers, skwash, opossums, and other creatures) Bubby and Muffin are now officially indoor cats. I've already lost Sugar (In Memory of Sugarbear) and I just think it's safer for them to stay in. 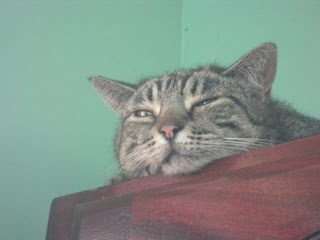 I missed that face! 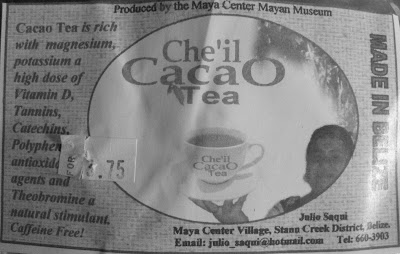 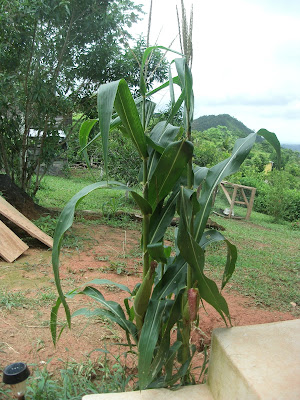 More things are growing!
We have a corn stalk growing right outside of our back door (and a whole field down on the hill) 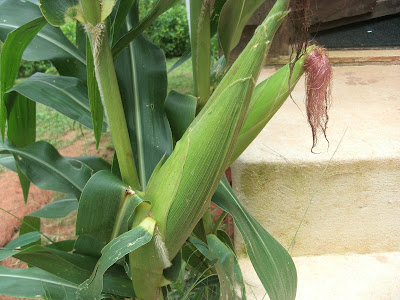 I see corn tortillas in my future 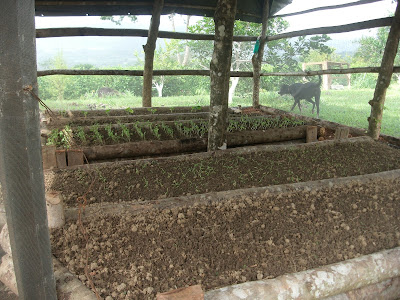 Everything in the greenhouse is coming up nicely, too: radishes, carrots, cucumbers, onions... 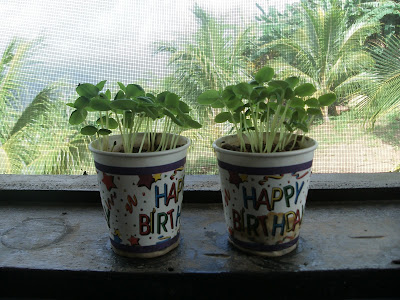 Julio and Fernando's sister gave me some seeds from one of her pretty, flowery plants, which are coming up as strong little sprouts. 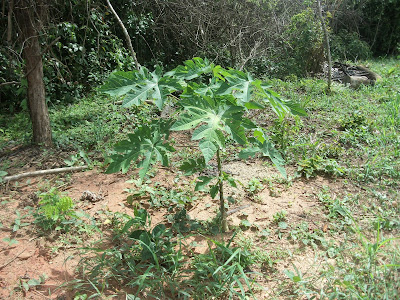 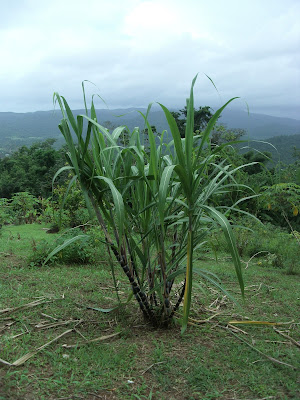 And some Sugar Cane

We started working on the last section of unfinished flooring today - the kitchen! Trip did all of the cement work and laid out the river rock, and my job is to fill the cracks with pebbles (my idea - looks so much better than plain ol' cement!) 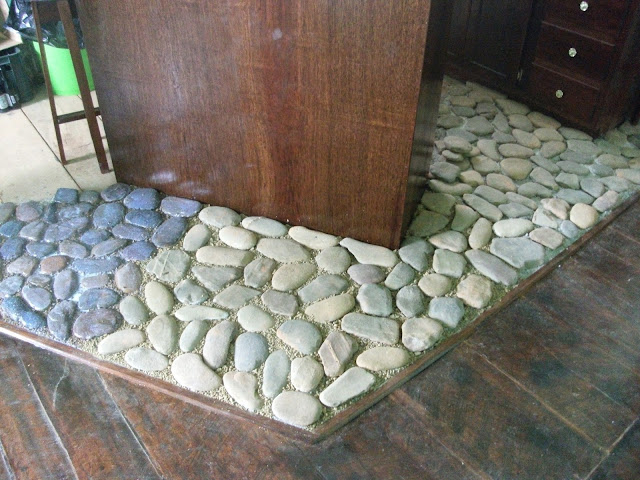 We ran out of polyurethane, of course, so this project continues tomorrow after a supply run!

Like me on Facebook for daily nonsense, status updates, pictures, articles, health tips, flight deals, and whatever else I feel like posting!
Posted by Unknown at 1:55 PM