Another batch of cards 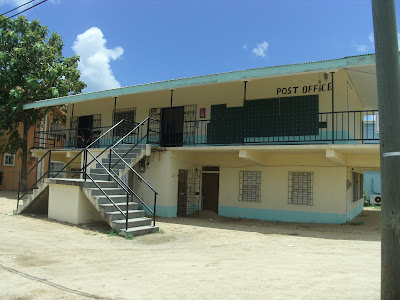 The Dangriga Post Office, where all the magic happens 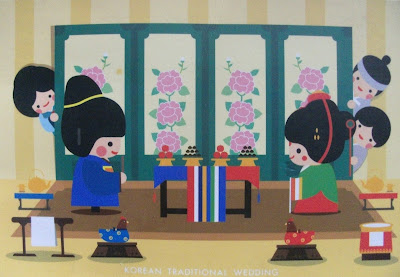 From Ye-jin in Seoul, South Korea.
"Korean traditional wedding"
I think it's cute, they remind me of South Park characters! 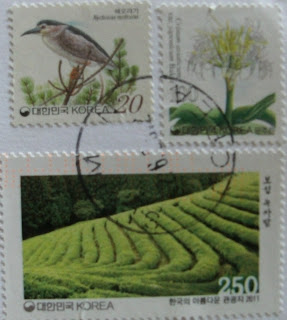 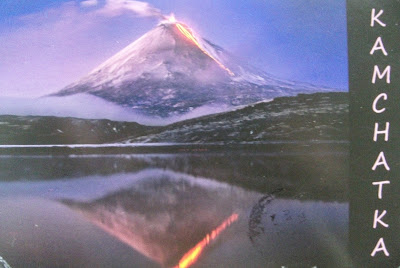 From Alexandr in Syktyvkar, Russia -
KAMCHATKA, The Kamchatka Peninsula is located in the far east of Russia - and the Volcanoes of Kamchatka, 160 total, 29 still active. 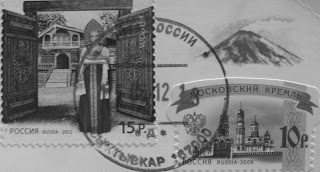 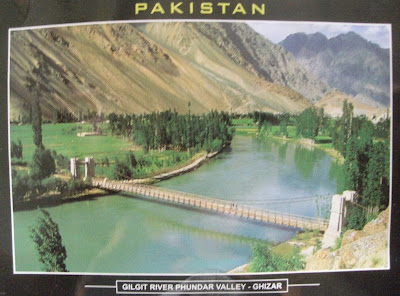 From Pakistan - totally not what I picture when I think of Pakistan.
The Gilgit River, Phundar Valley - Ghizar. 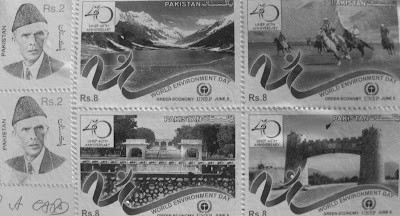 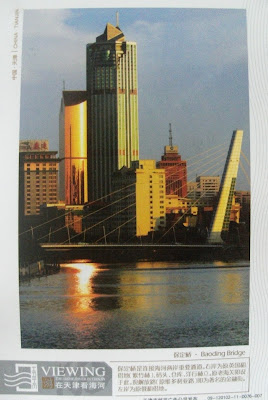 From Yang in China - The Baoding Bridge, Haihe River, the "mother river" of Tianjin.

I had to post the stamps in color, they're too pretty for black and white 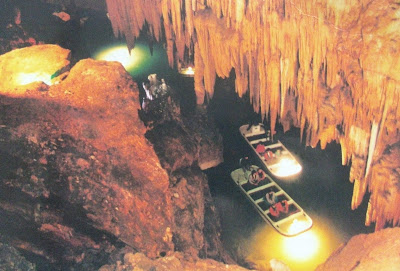 From Shelly in China - the water cave in Ben Xi., a huge cave system located at the Taizi River. 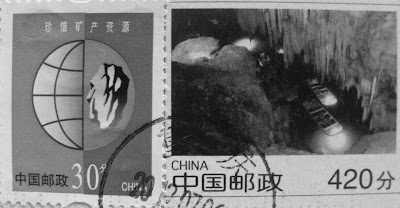 with a matching stamp.. 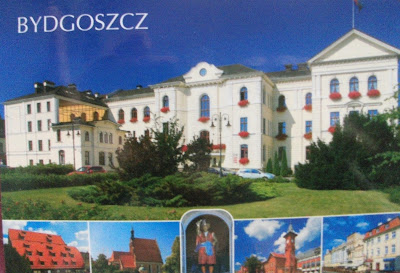 From Paulina in Bydgoszcz, Poland.
The uge white building is their town hall, and the smaller photos are of the Granary (famous hotel) church, monument of Pan Twardowski (in Polich folklore Pan is a sorcerer who entered a pact with the devil) shopping center and part of the square. 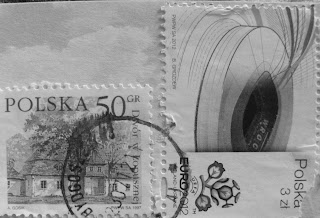 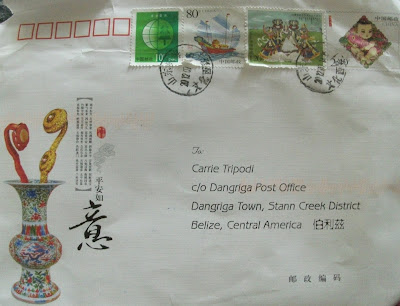 This envelope was filled with three postcards, Geisha stickers, a bookmark, and an advertisement for... something. A movie, maybe.
All from Haitao in China. 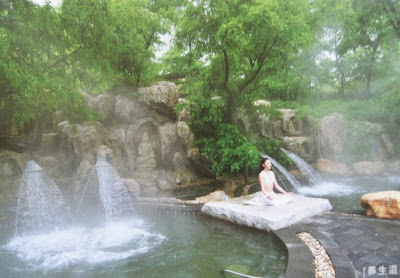 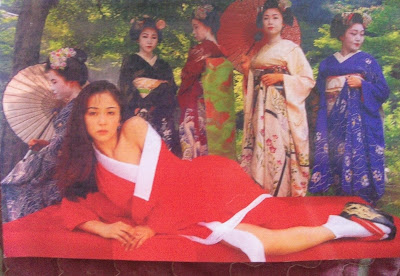 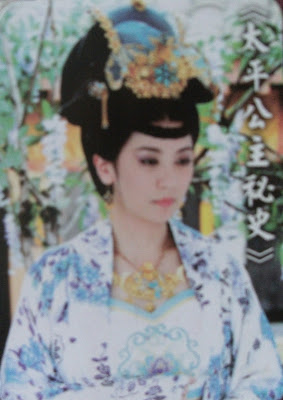 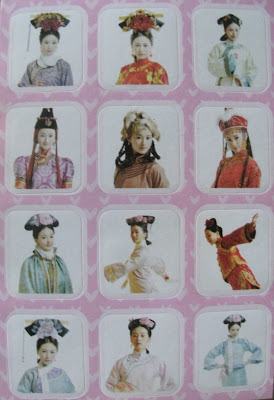 You can now see ALL of my received postcards on Flickr: Received Postcards
Posted by Unknown at 6:06 AM