Yesterday was another good stop at the Post Office... even though I forgot to bring everything that I wanted to mail with me. I can't ever leave the house without forgetting something.

This round of postcards come from The Philippines, Belgium, Poland, The Netherlands, Czech Republic, Japan, Sweden and the U.S.A.

***this layout looks PERFECT in the draft, I cannot for the life of me figure out why it shows up with so many spaces in the finished post. Sorry!!!*** 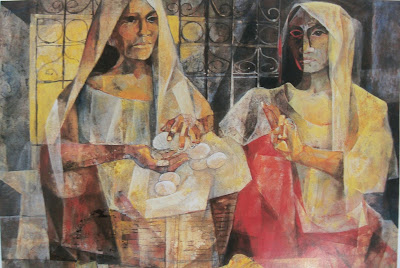 From Berni, The Philippines.
Artwork by Vicente Manansala. The eggs the women are selling are called "Balut," which is fertilized duck embryo that is boiled and often eaten directly from the shell. It is one of the foods in the country in which Filipinos insist foreigners to try. Berni likes the yellow part dipped in salt, and the broth. 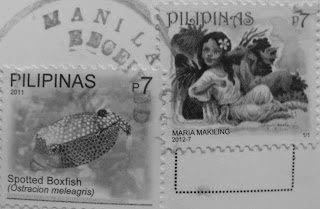 The little girl in the one stamp looks like a zombie... wonder what that's about! 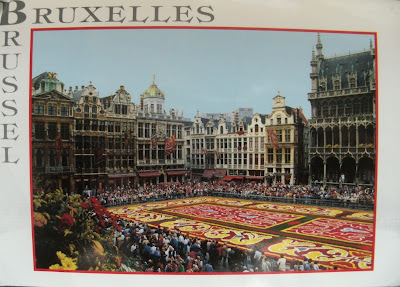 From David in Brussels - The Market Place with the flower carpet. They're all FLOWERS!!! How pretty!! 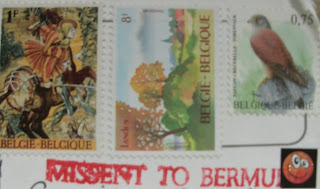 This card got to travel to Bermuda before getting to Belize - nice! 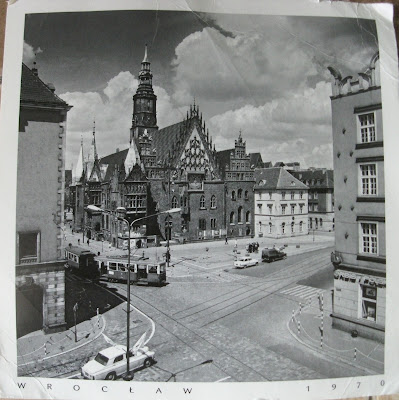 From Poland - the Rathaus/Market Place - Town Hall.
The sender assures me that even though the photo was taken 40 years ago, it's still very beautiful. 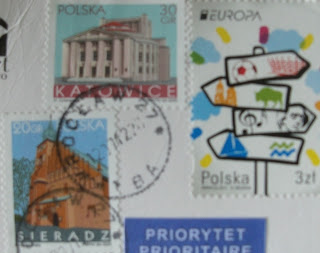 I love the fun Europa stamp 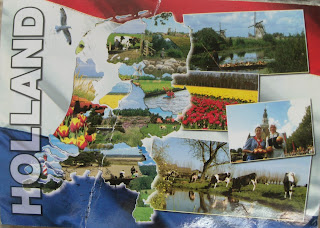 From 10 year old Dion in the Netherlands - cows. flowers, horses, windmills... I need to visit here one day. 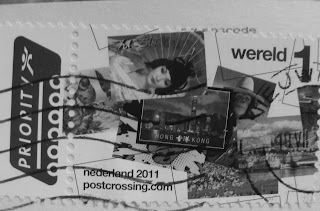 Interesting stamp.... there's a monkey wearing a cowboy hat, a geisha, a landscape of Hong Kong, some birds, and another city that I can't decipher.


The following three cards were sent to me in an envelope from Vladimir in the Czech Republic: 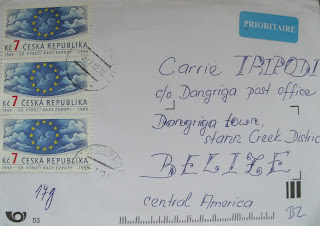 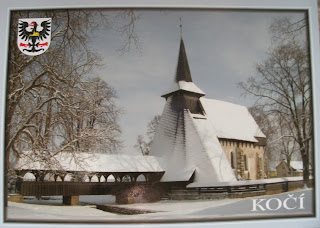 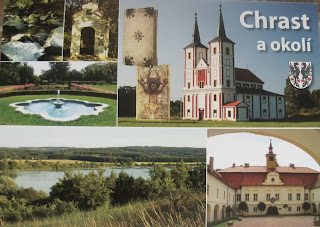 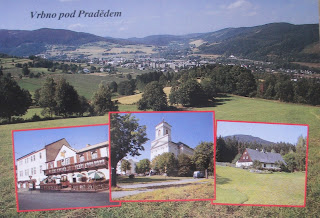 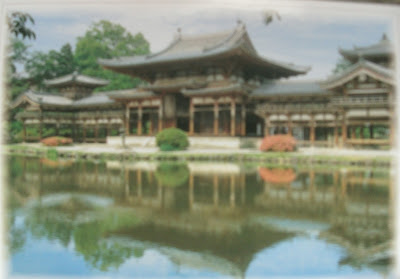 From Etsuko in Japan - I LOVE this.
Byodo-in Temple, World Cultural Heritage.
I couldnt get my camera to focus. Grr. 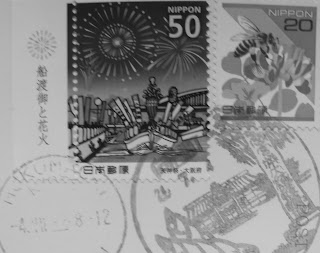 Pretty stamps... I really wish I could get better pictures of them in color, you're missing out. 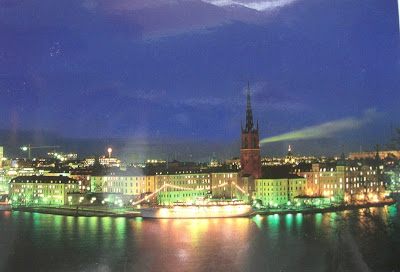 From Leila in Sweden - pretty night view of Stockholm

Mendelblomma and KattFot... I guess those are the names of the flowers? 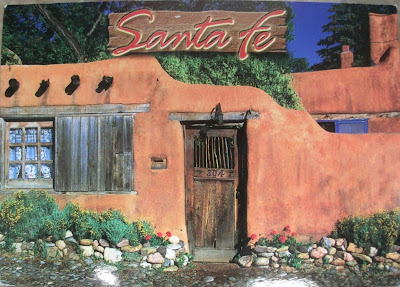 From my friend Andrew on his visit to Santa Fe, New Mexico. Thank you, Andrew! This is such an awesome house... and I have lots of red, clay-like dirt.. hmmmm.....

Lady Liberty... a reminder of where I come from 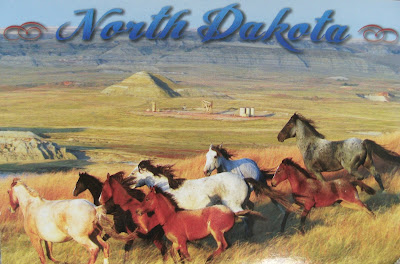 From Kimber in North Dakota. "Wild horses still roam the western parts of the state but they are now sharing the landscape with an increasing number of pump jacks due to North Dakota's skyrocketing oil production."

I love these cute little cows she drew for me - adorable! 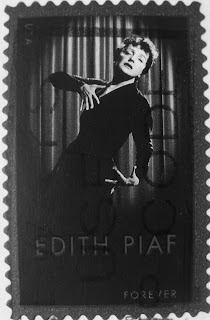 A stamp of Edith Piaf - I had to look her up.
"Édith Piaf, born Édith Giovanna Gassion, was a French singer and cultural icon who became widely regarded as France's national popular singer, as well as being one of France's greatest international stars" 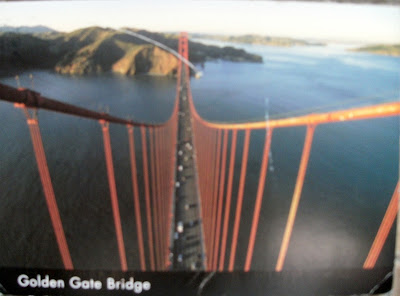 From Christine in California - a bird's eye biew of the Golden Gate Bridge.
So pretty. 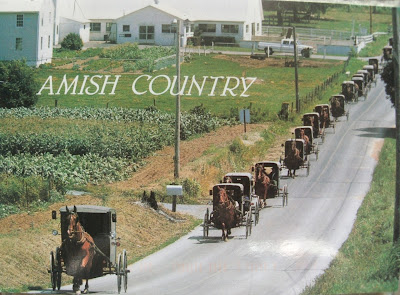 From Sherry in Florida (I think) from her visit to Amish Country in my home state of Pennsylvania.
"An Amish funeral is the essence of simplicity, being without flowers or decorated headstones." 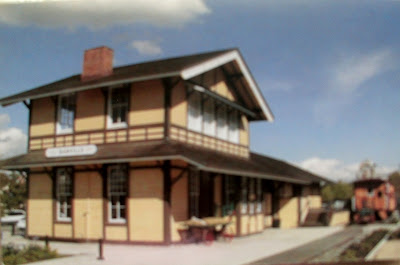 This one was hand delivered by my buddy Bob and it comes from Danville, California - The Museum of the San Ramon Valley. "This 1891 Southern Pacific Depot was restored in 1999 to house the Museum and it's collection of historical artifacts." 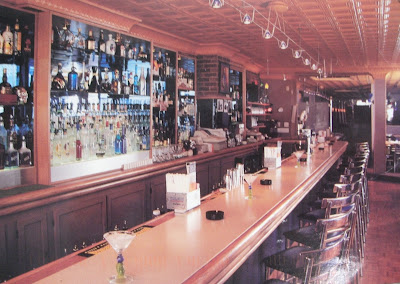 From a mystery sender! A post card of Live Bait at 52 South 2nd Street in PHILLY!!!

Thanks again to all of you helping me build up my postcard collection, you rock :)
You can find my address on my page under the tab "Show some Love" if you want to send me one, too!