It's so awesome how things work out sometimes.
We've been wanting goats for a while now but haven't had the money to buy any, so the idea was kind of pushed to the back burner for a bit.... until yesterday.

Our friend and neighbor, Ian (from Ian Anderson's Cave's Branch adventure company and jungle lodge) messaged me and asked if we were interested in taking a few of his goats off his hands - perfect!

Cave's Branch is always an amazing place to visit - I've been there only twice before - once for lunch when we first met Ian, and then again in April when my sister and I did the cave tubing tour there. (SO much fun!!)

The ride into Cave's Branch: 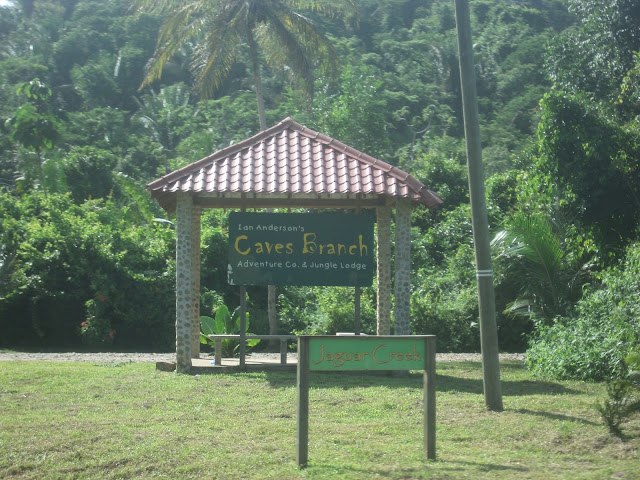 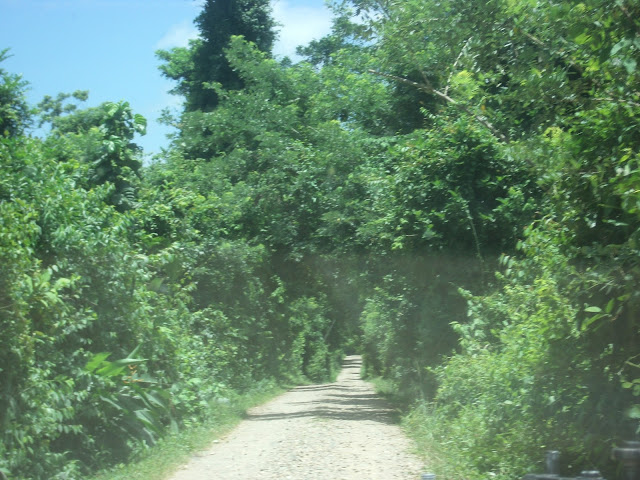 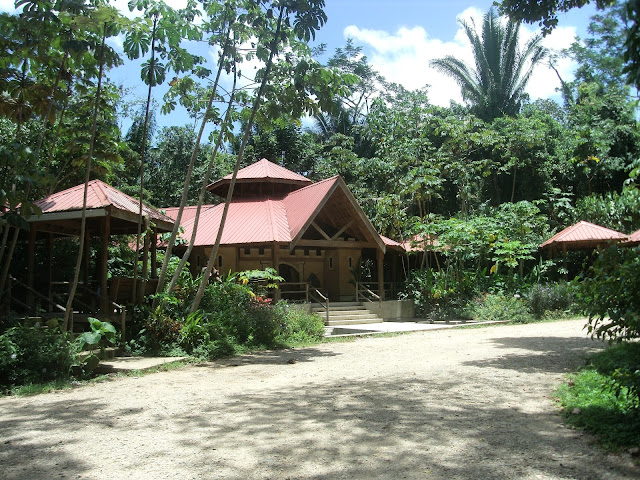 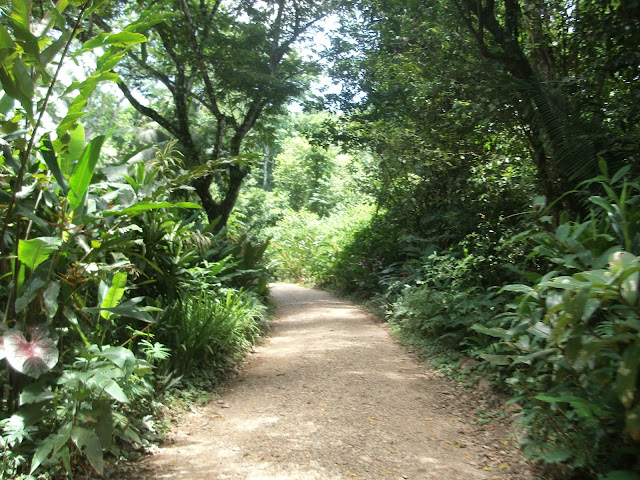 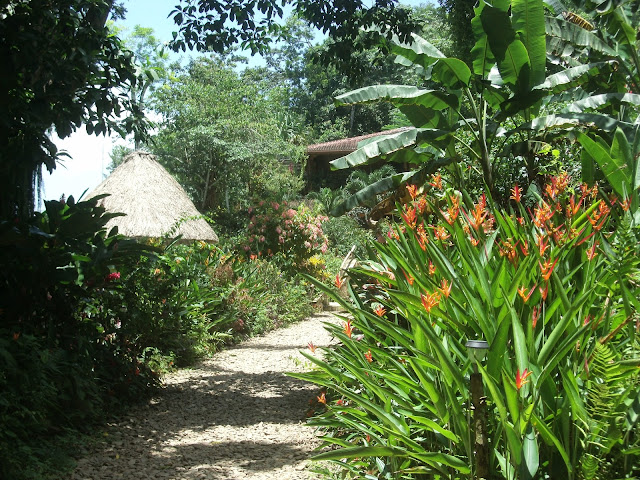 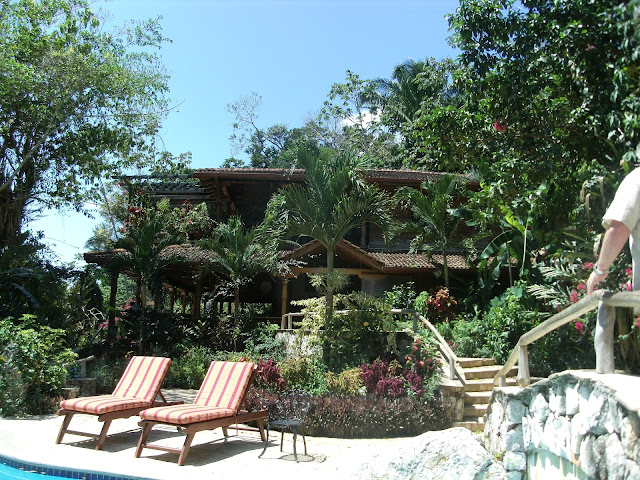 We ate lunch with Ian - salad, stewed chicken, rice, yum - and then enjoyed having his enormous pool all to ourselves for an hour or so while his guests were out on their adventures. Which reminds me - I want to do the Black Hole Drop!! No one seems to want to go with me, so I'll probably end up going solo sometime soon.... 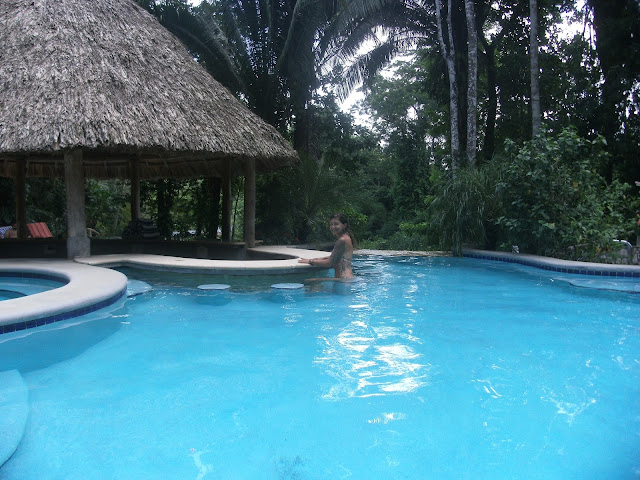 One of my favorite things on earth... a Pool Bar 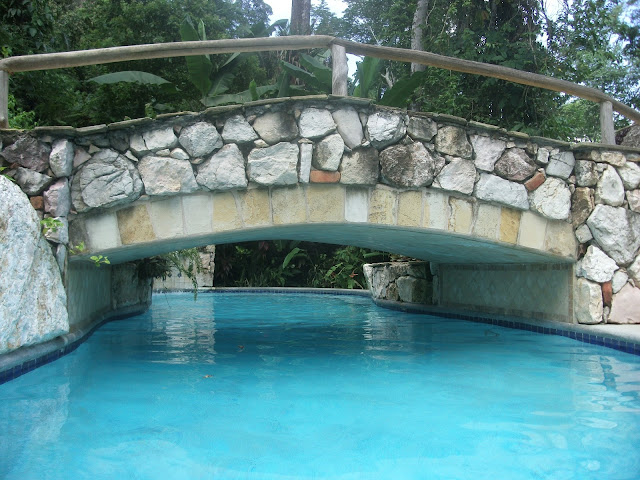 Swimming under the bridge.... 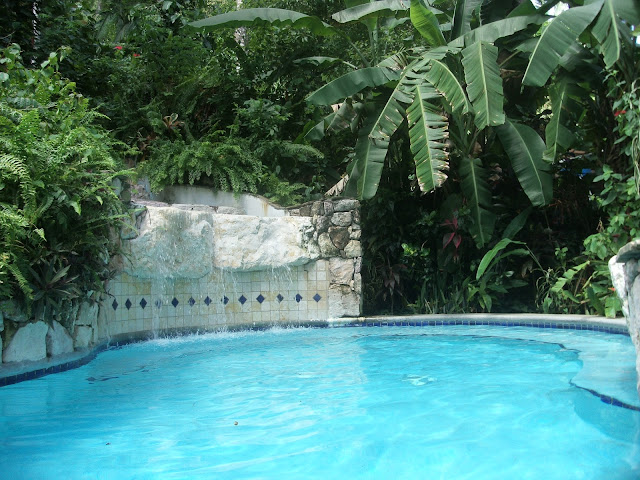 to the jungle waterfall area... 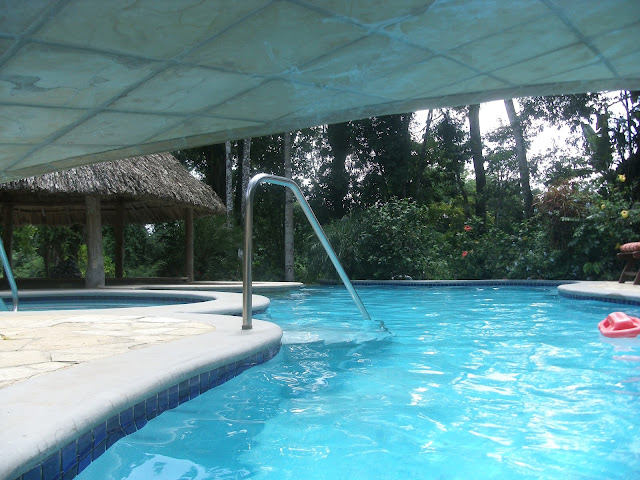 back the other way... 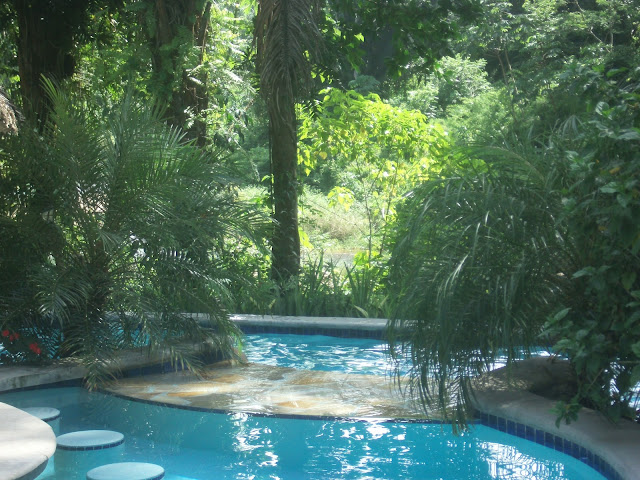 to the other pool down below and the river in the background.

When we were ready to get going, Ian took us to see his new cheese and wine tasting room, which is currently under construction but already looks amazing and will be ready in time for their September cheese making course. (They do a little bit everything here at Cave's Branch!) 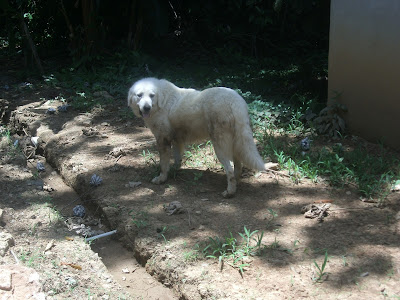 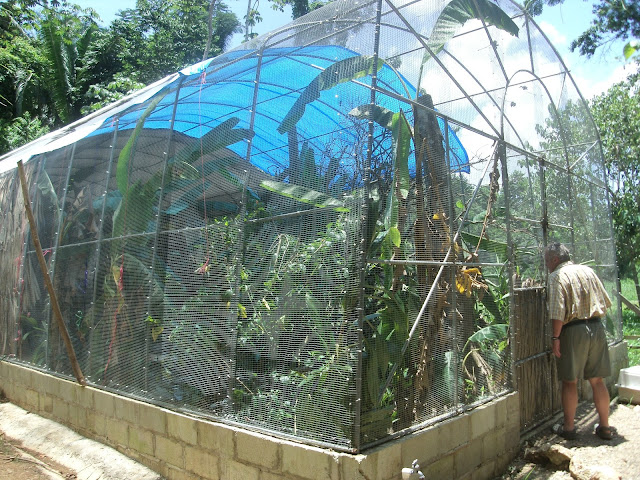 The Anteater Area -
Ian's wife, Ella, rehabilitates injured anteaters here and releases them back into the wild. 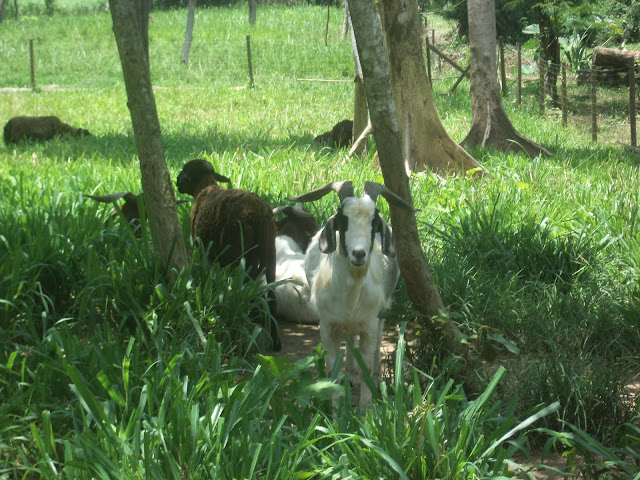 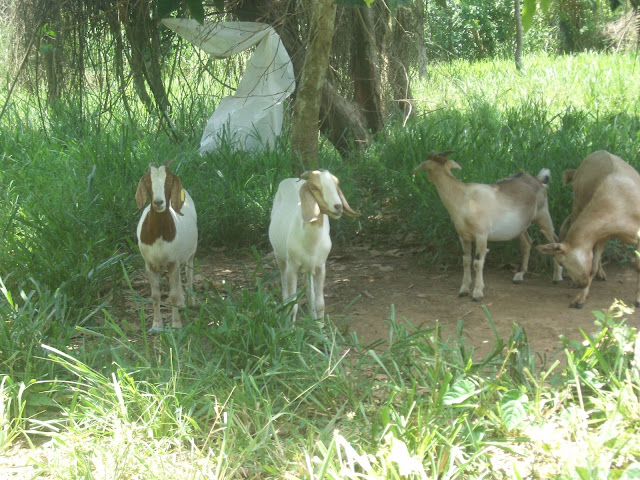 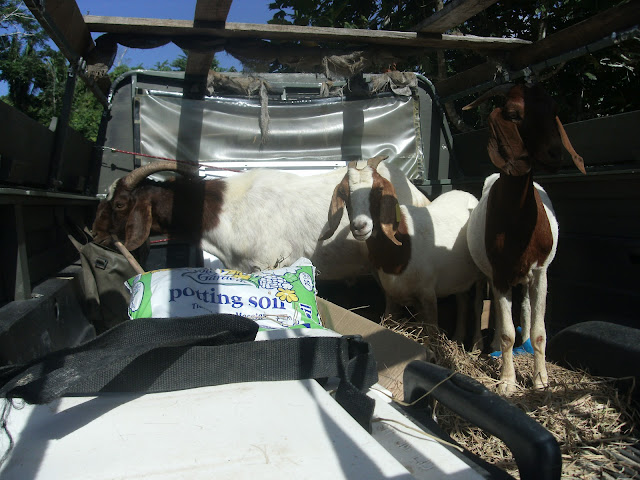 Our goats!
The male is Dominguez, and the two females are Liney and Higby. 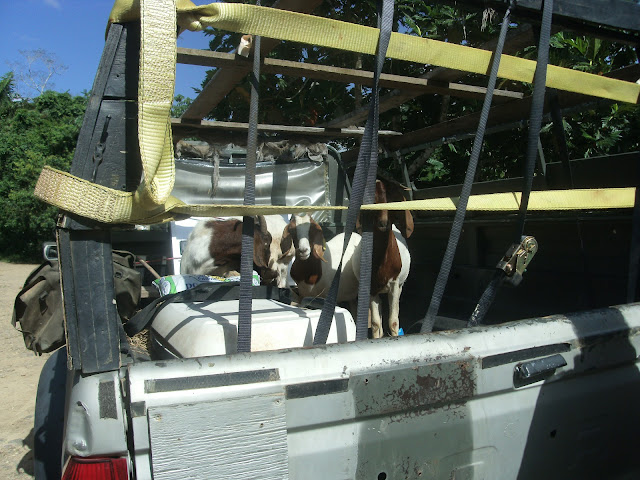 Once the truck was all secured, I had to climb in through the ropes and sit on a bag of potting soil to ride back with then to make sure they didn't try to jump out while we were on the road.

Another first for me, here in Belize - riding down the Hummingbird Highway in the back of a pickup truck with three goats. If you told me five years ago that I would one day be traveling with goats in a truck in Central America, I would've thought you were crazy.... but the idea would have still sounded kind of fun... 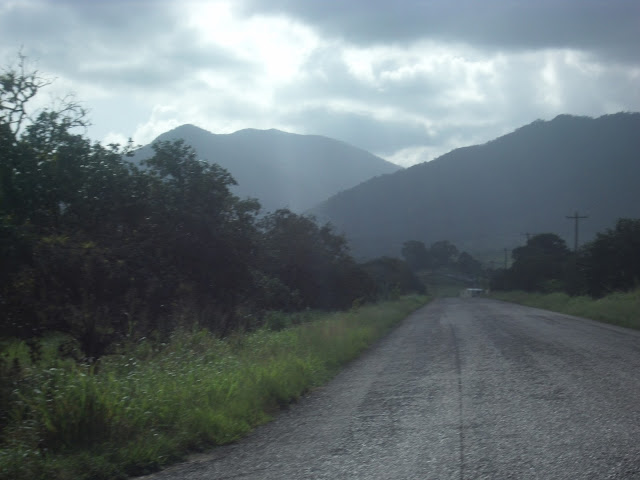 For pictures from the Cave's Branch Orchid Garden, check out my post from April, Botanical Garden and Baby Chicken Updates.