Belize celebrated their 31st year of independence yesterday, and there were parade and parties all over the country - from Corozal to Toledo and everywhere in between.

I, of course, didn't go to any of them....
All of our workers have the weekend off, obviously, so Trip and I stayed home and listened to some of the events on the radio. (What decade are we in again?)

I searched for a good picture to borrow so I can show you ho dressed up people get for the Independence Day Parades, and found this great one from the San Pedro Sun. 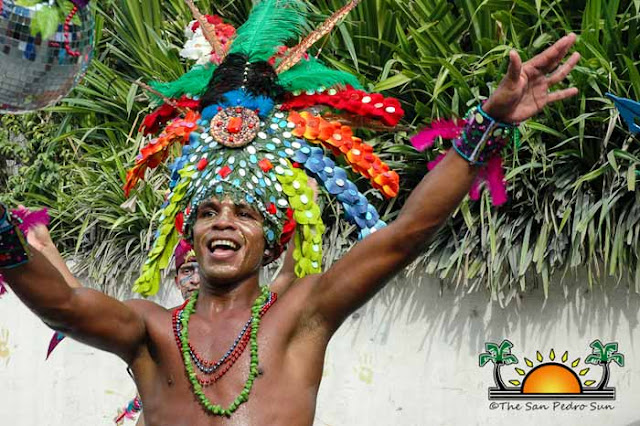 I was in San Pedro last year for Independence Day, but I didn't get to see the parade then, either, because I had to bartend at Pedro's while it was going on. I did get out of there in time to catch the fireworks show, though, and that was pretty cool.

Anyway... in addition to being a holiday yesterday, it as also our anniversary, so Trip and I ditched most of the chores for the day and made some cookies to munch on...

In a medium sized bowl, mix together flour, baking soda and salt. Put to side.

In a large bowl, mix together butter, peanut butter, vanilla, brown and white sugar. Add eggs and continue to mix until well blended.

A little bit at a time, add the flour mixture into the large bowl and mix well until all ingredients are combined. Add chocolate chips/chocolate chunks.

Roll into balls, place on baking sheet, and bake for 6-8 minutes in a 350degree oven. 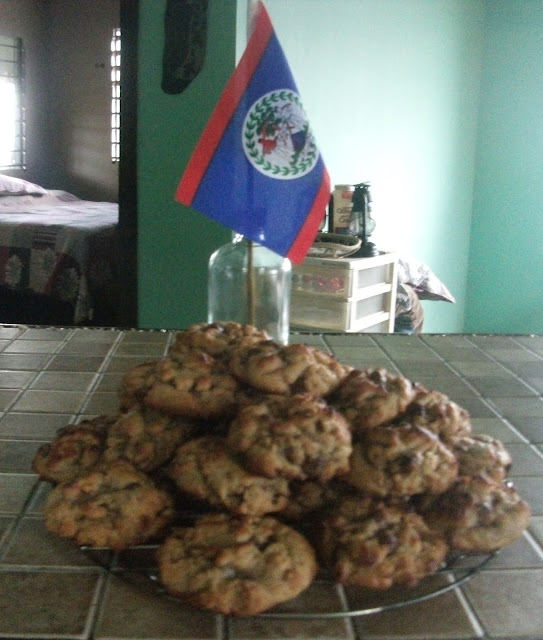