Considering that there were only two of us working on the farm today, we got quite a bit done.
Robert and Bolo are out of commission for a while since they were both friggin shot three days ago**, and it's Sunday, so everyone else has the day off.

Trip started by making sure the goats had plenty of water this morning and feeding the chickens while I did some of the normal, every day morning chores. 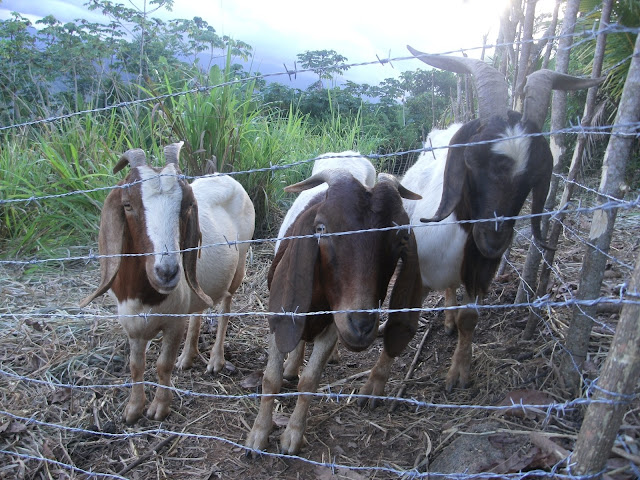 Liney, Higby, Dominguez
Higby will eat carrots and cucumbers, Dominguez likes cucumbers, and Liney won't even try anything I try to feed her. I don't know what her problem is.

I have a new baby chicken to take care of.... it's actually a sad farm story about how I ended up with one little, yellow chicken names Stripe when I started out with a little, black and white chicken named Penguino... a story too sad to tell, I think - but I took little Stripe into the greenhouse to hang out with Turkey/Camilla for a while and fed them both while they decided if they liked each others company. 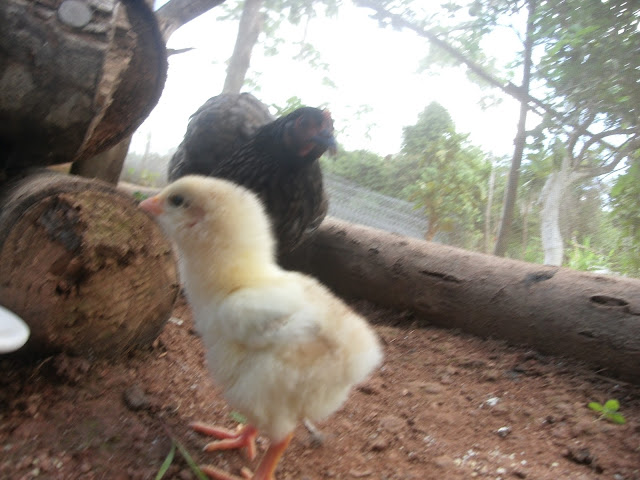 Camilla did not enjoy the baby's company at all, and I had to separate them.

Trip was in there for a little while, too - building a trellis for the cucumbers: 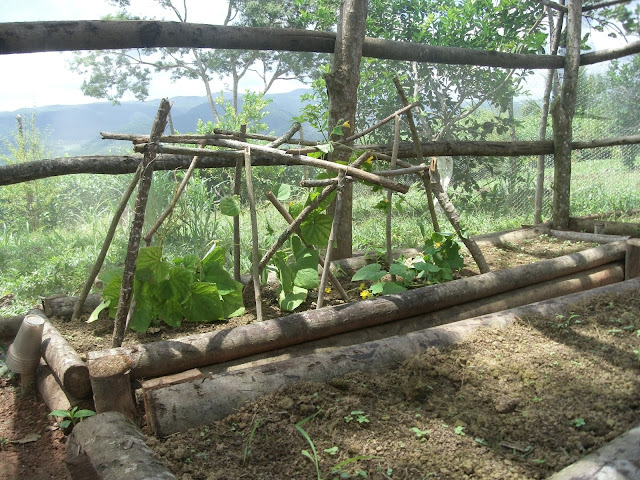 He thinks it looks ghetto, but it'll do it's job just fine

I lured the chickens away from the gate with food so that Trip could raise the fence a little to try to keep them from flying the coop, we pruned four (out of over 50) lime trees - and I'm ashamed to admit that I've never pruned anything before, but - yay for learning new things! I rubbed the dogs down with flea and tick stuff, played with Bubby every time I had to go into the house to get something because he's so needy lately, and we burned some trash and the cuttings from the lime trees. 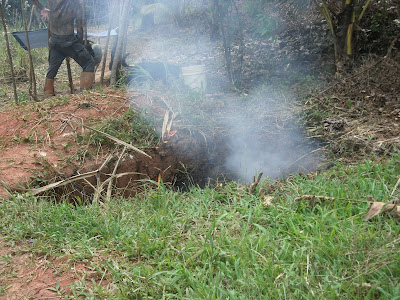 I'm always afraid something in there is going to explode. It happens sometimes.

Some other pictures I caught today : 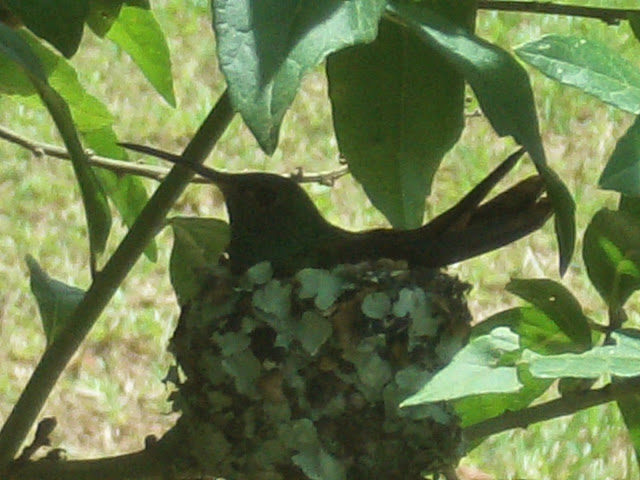 A hummingbird sitting on her two, tiny eggs! 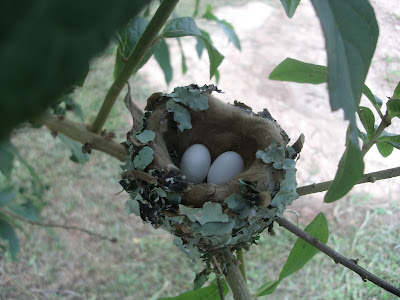 ...which Robert showed me a few days ago. The inside of the nest looks so soft. 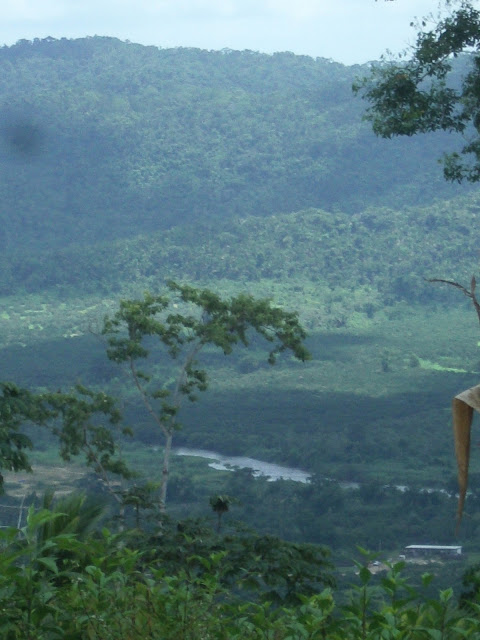 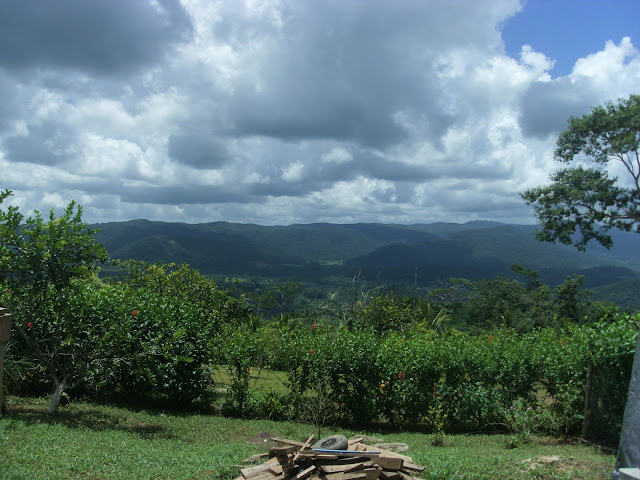 Does anyone else see a giant mustache in the sky? 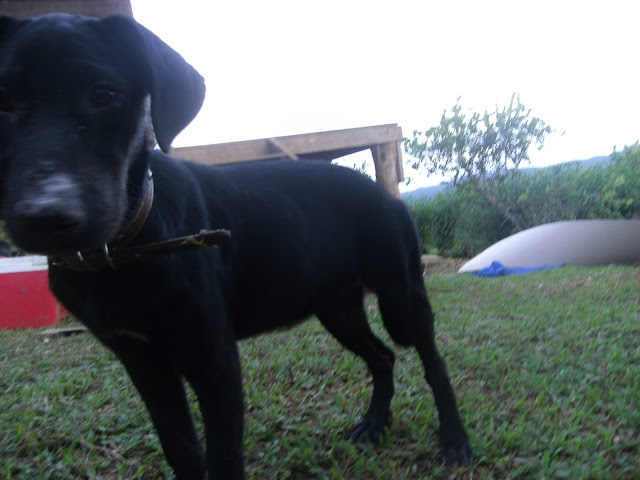 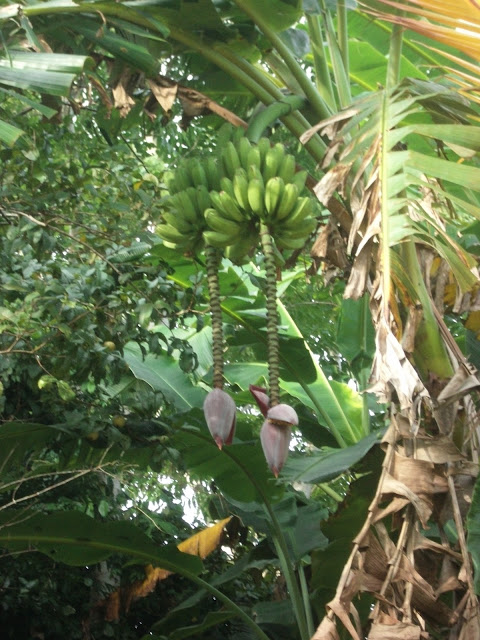 I love those hanging flowers 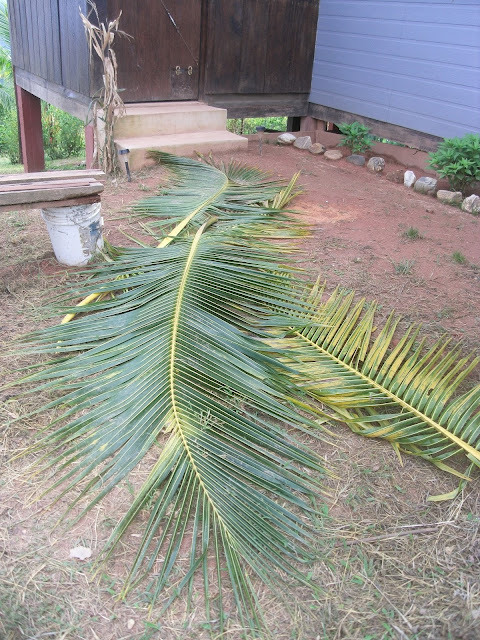 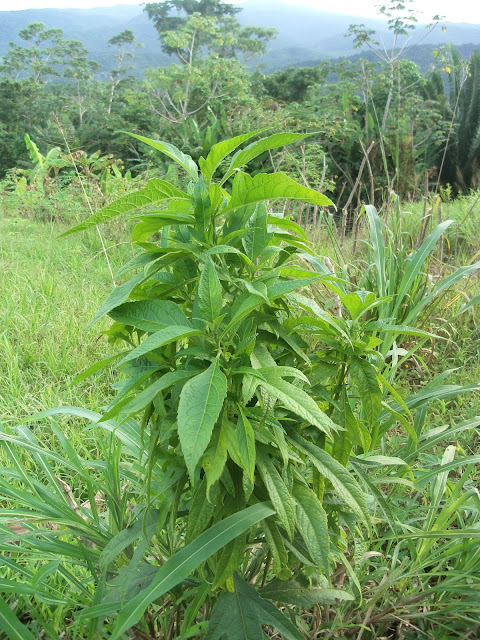 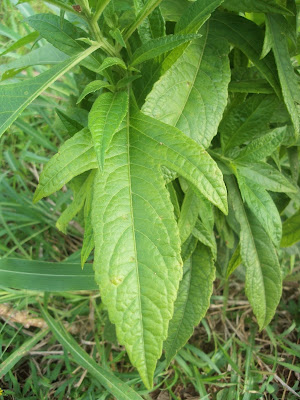 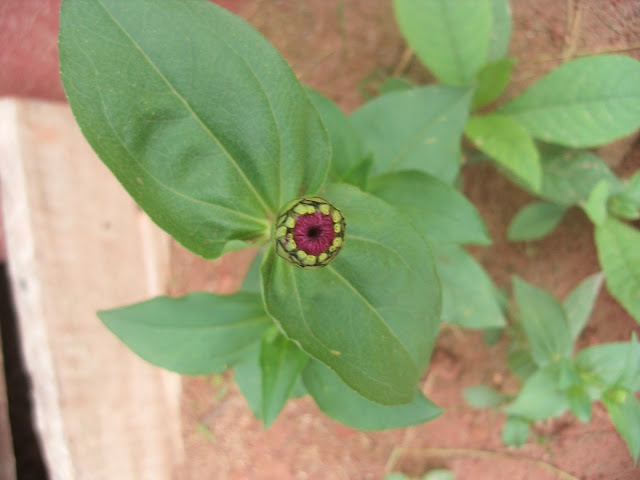 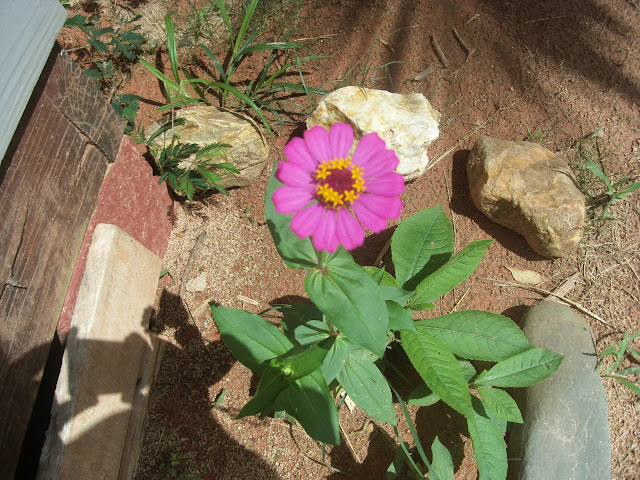 Robert hasn't been home yet because the ride up here is so, so rough and his leg is... well I haven't seen it yet - but Trip said that the hospital didn't stitch him up or even bandage the wound, so his knee apparently looks pretty gross right now, with a huge hole in it, and it's obviously pretty painful so bouncing around in the truck isn't going to be fun for him.
His family came today, though - two of his sisters, along with their little boys, and Robert's father all showed up to help him out while he recovers and to make sure he takes it easy for a while. His sisters started sweeping and cleaning up the kitchen as soon as they got here and they made us a really good dinner - I don't know which one cooked the chicken, but it was the best fried chicken I've ever had, served with black beans, tomato and cucumber salad, and hot tortillas.

I kind of hope they stay for a while - I finally have some female company up here!

Everyone will be going to the courthouse tomorrow, so it's just me and the animals again...


**About the shooting incident - I wasn't there and don't know the whole story, just what I've heard from the majority of the people involved and a second-hand version of the cop's story, so I don't think I should go posting what I *think* happened...
All I'll say about it is that, no matter how you look at it, the cop was wrong. It is not a crime to have under $2,000 in your pocket, and there's no excuse for shooting four unarmed men