So I stumbled upon a parade today....

I originally planned to go to check out the Belize Expo 2012 in Belize city today- but plans changed and I found myself going to Cayo for a little bit instead, and ended up almost walking right into a parade.

There are a lot of different celebrations in Belize every September - the most important two being The Battle of St. George's Caye day on the 10, and Independence Day on the 21st  (celebrating 31 years of independence this month)- but I have no idea what today's parade was all about. I heard something about Carnival Day... but I haven't been able to confirm that information.
Belize September calendar of events

I didn't realize there was any kind of celebration when I first got there. I thought the town was just preparing for Independence Day by hanging all the flags, and that it was kind of busy for a Saturday.. 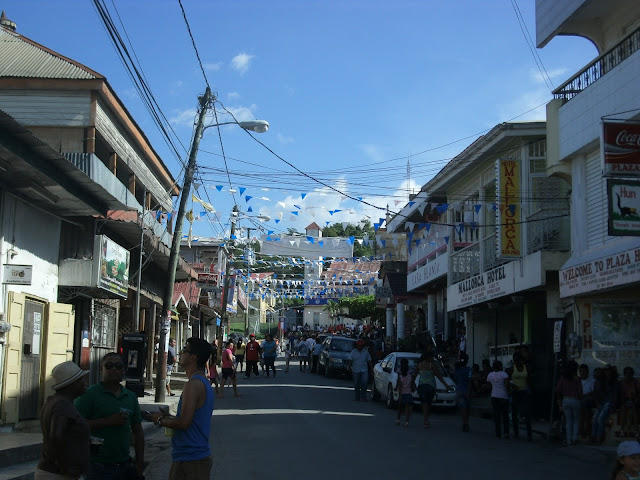 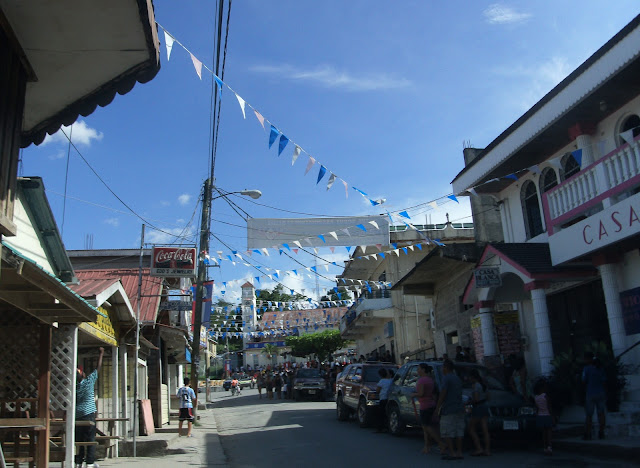 Further up the road, though, where I noticed people standing in groups on the side of the street, I heard marching band drums and saw a police truck idling in the middle of the street with what appeared to be a parade behind it, so I ducked down a side street and watched it go by for a while.

It started with a group of girls just dancing while they marched along... 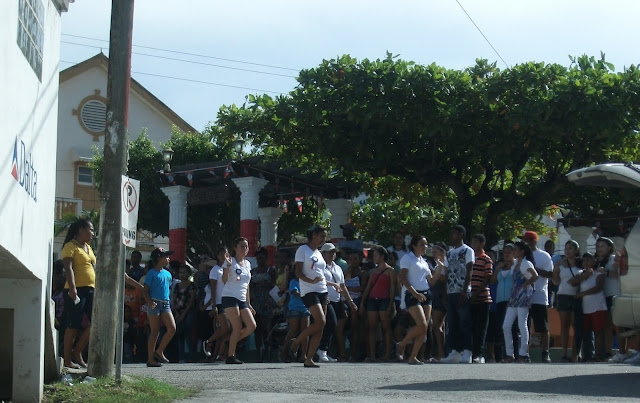 Then, the marching band.. 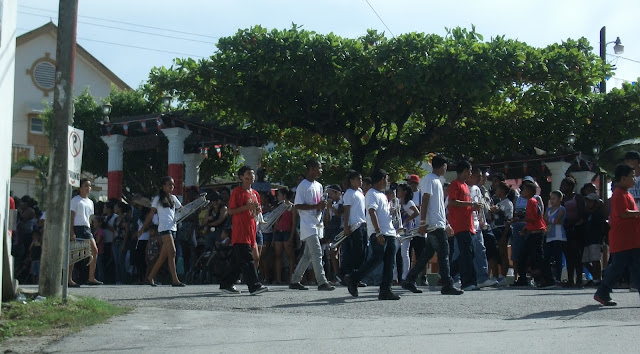 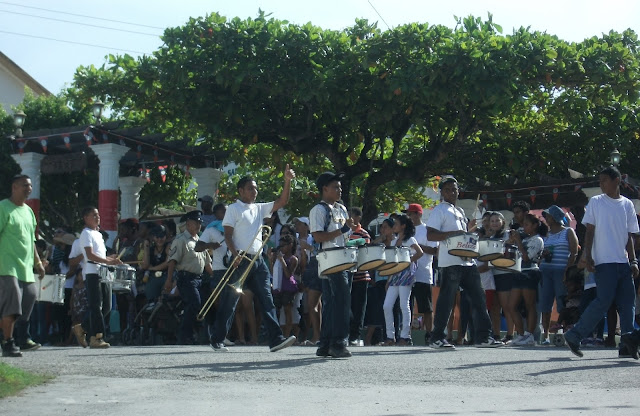 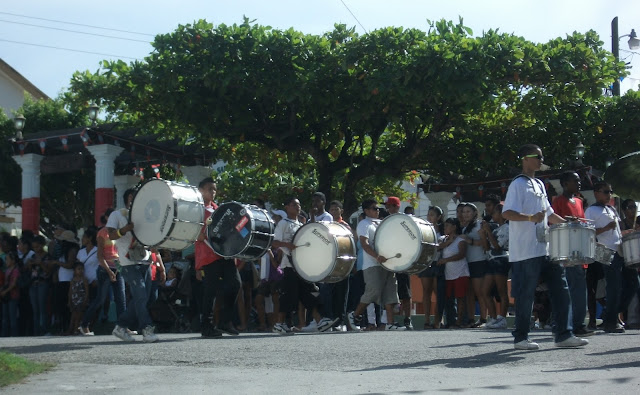 Then, a group of tumblers... I think their shirts said the "Turtles," but I'm totally not sure about that.. 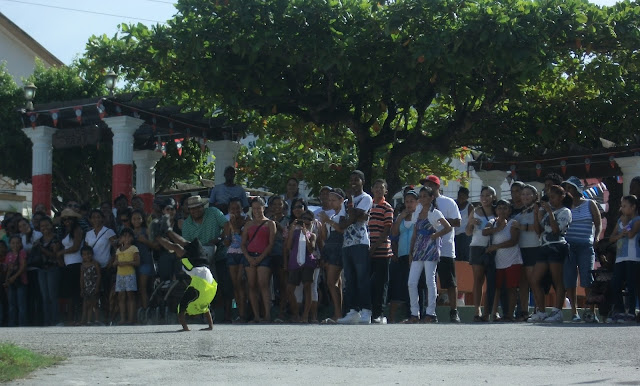 The little ones first, just flipping along down the street 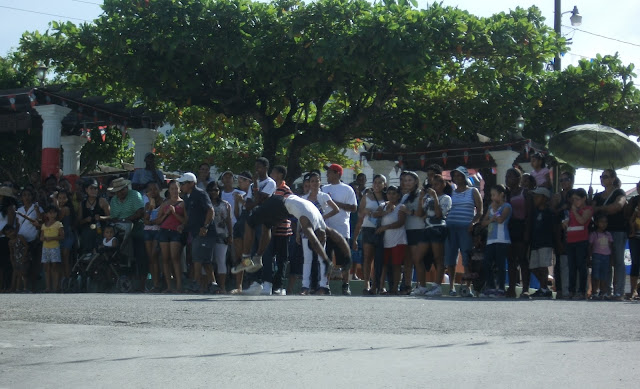 Then the older guys 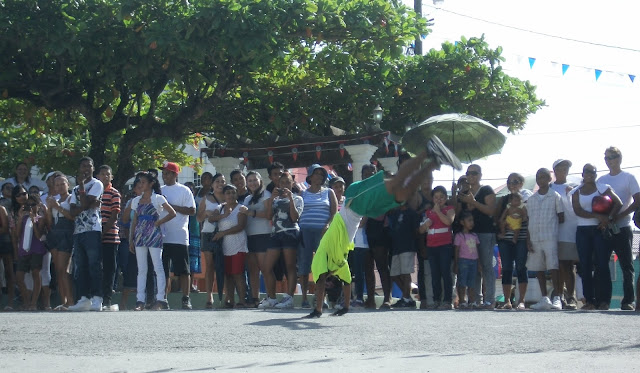 I disappeared for a little while and went down a dirt path that goes under the Hawthorn Bridge, which connects the twin towns of Santa Elena and San Ignacio 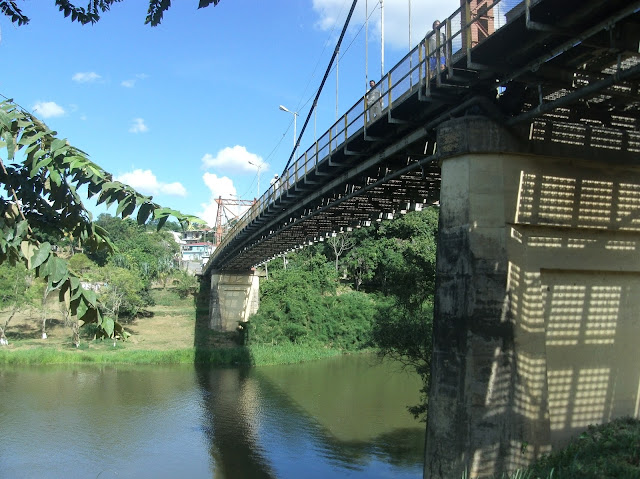 I'm standing on the San Ignacio side 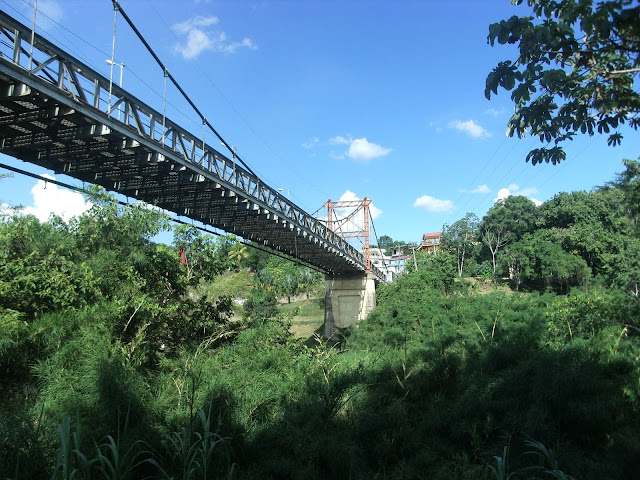 After the bridge I went over to the Belize Coffee Co, had a frozen vanilla coffee, and caught the very end of the parade from their second floor balcony. 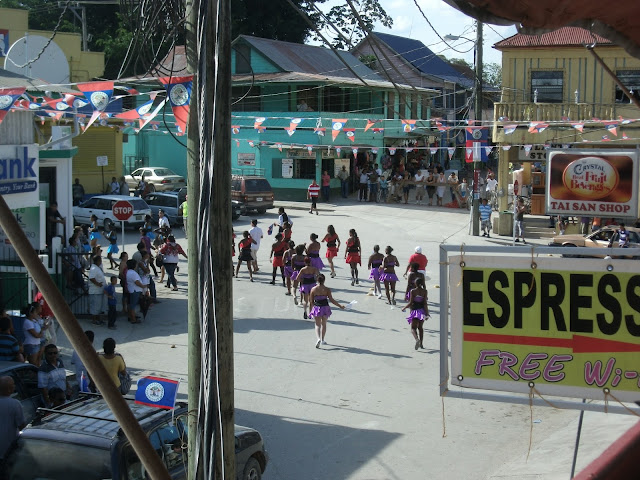 These girls in the purple were just dancing and marching along, like the first group of girls, but then a whistle would blow and the girls would start shakin' their booties like nobody's business.

I stopped at the little gift shop where I buy postcards right down the street from here, checked out the "mall," where I bought a really sweet shirt and saw a million pairs of shoes that I want, and then headed back to the bus area to get back to Belmopan, where I am for the night. 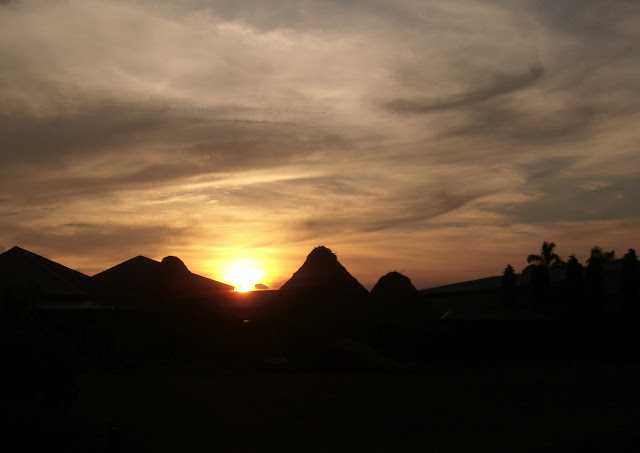