Do you remember this Disney commercial from a few years ago...


I'm too excited to sleep!
That's totally how I felt on Saturday night

I woke up way too early on Sunday morning and had about four hours to kill before finally meeting up with Captain Bobo to go out to the island... but at least I got to see a good sunrise! 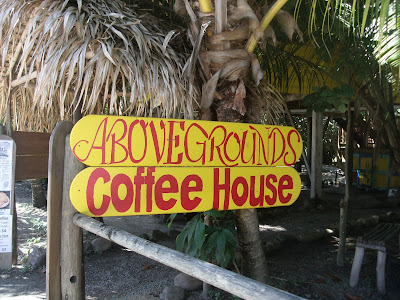 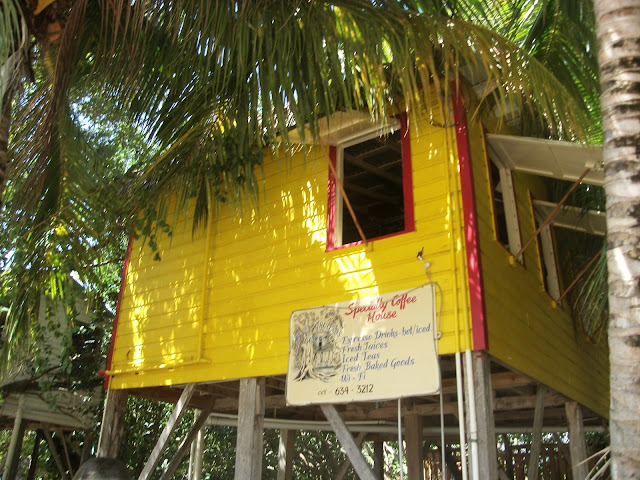 At the edge of the peninsula, where we were meeting up with Bobo, we ended up talking to this nice woman named Barbara selling food near the water and bought a stewed chicken, grilled shrimp, rice and beans with plantains lunch to bring with us, too. 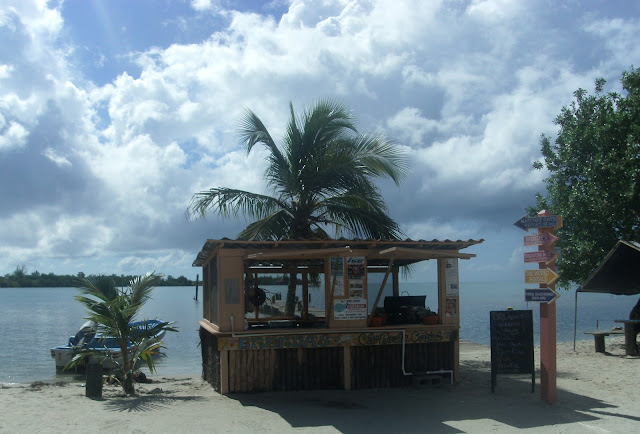 They're in the process of building a new, large pier down here - there's been talk about bringing cruise ships down this way (they only stop in Belize City now) but a lot of people are fighting it because they don't want the traffic and messes that cruise ships bring with them, so I don't know if that's the reason behind the new pier or not.... 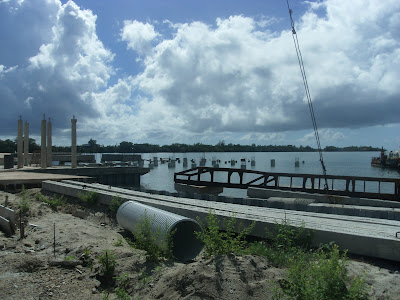 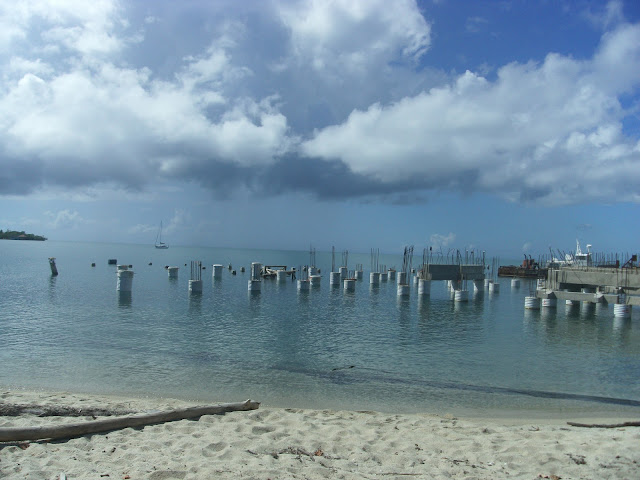 We finally  met up with Bobo around 9:15 and started the 30 minute ride out to Laughing Bird Caye. 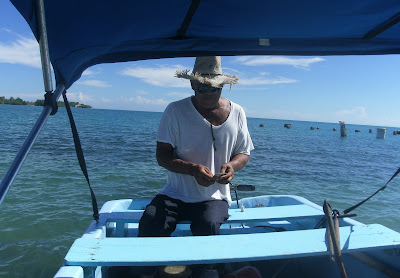 *To find a captain to take us out to the caye, I found The Friends of Laughing Bird Caye online and called them to see how to arrange a ride. They gave me the number for Mr. Francisco, a dive master, and he hooked me up with the phone number for Bobo.
He's a great guy and he didn't mind slowing down for me while I was trying to take pictures of the other islands we passed along the way.
If you want to plan a trip with Captain Bobo, call him at 501-653-2196, and tell him that the tattooed couple from Stann Creek sent you. 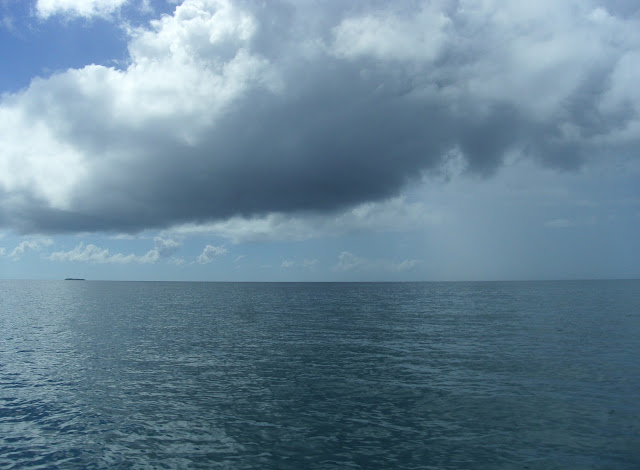 The sea was SO calm - perfect weather for a boat ride 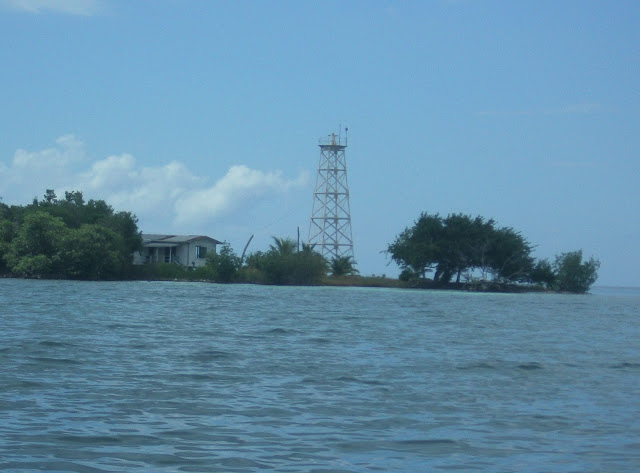 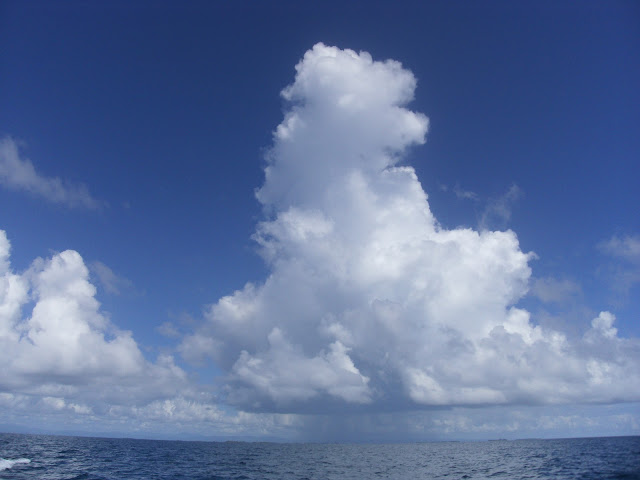 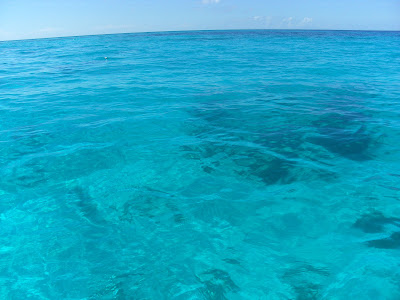 Look at this water!!

The only people here when we showed up were the two park rangers who are stationed here for two weeks at a time, so we had the island pretty much to ourselves for about an hour before another boat with four more visitors came in to do some snorkeling and have lunch.

I've heard people say "Belize doesn't have nice beaches."
Obviously those people have never been out to the smaller cayes.... 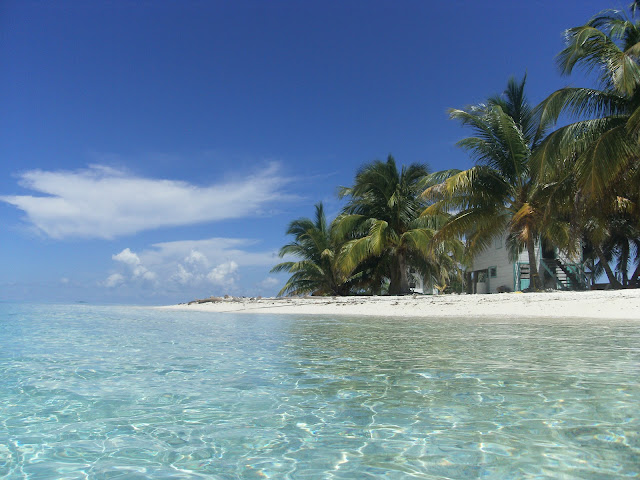 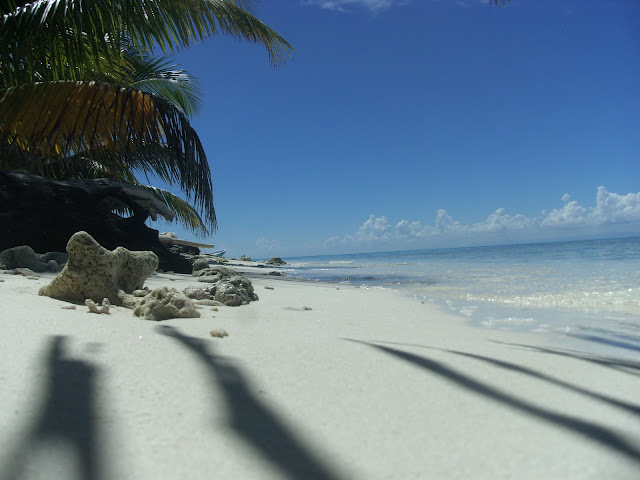 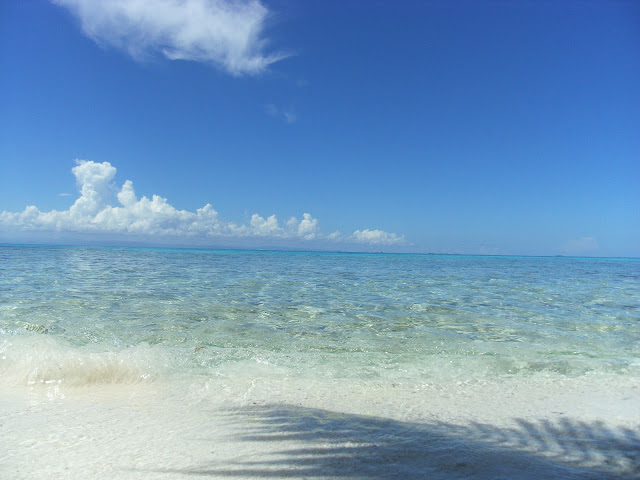 Seriously... it doesn't get any better.

Ok, ok - I won't make you think it was completely perfect - this side of the island (North??) was absolutely gorgeous, but the other side...... the other side needed to be cleaned up. The garbage that ends up in the sea has to wash up somewhere, right? 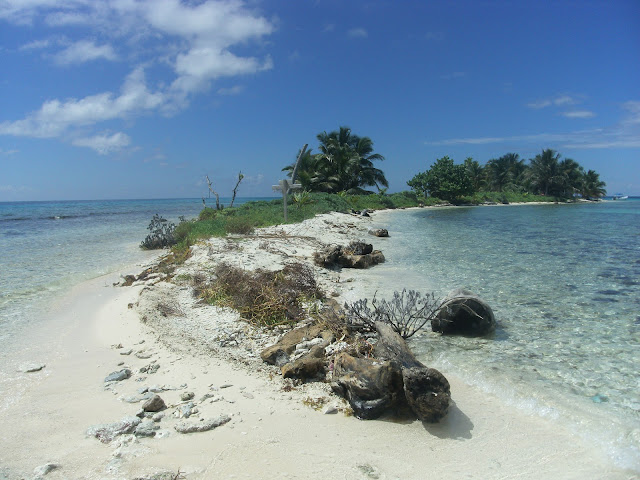 You would think, because everyone has to pay a $20bz fee to come to the island, that the rangers would have the responsibility of cleaning up every day... but it doesn't appear to be that way.

Oh and, by the way, there's no special education or schooling required to become a park ranger here... they just laughed when Trip asked them about their training... Its just a job you apply for, and it doesn't look like they really care about the park. I could be wrong - I was only there for a few hours - but that's my initial impression. Maybe they DO clean up every morning, but it just  keeps coming in, I don't know. 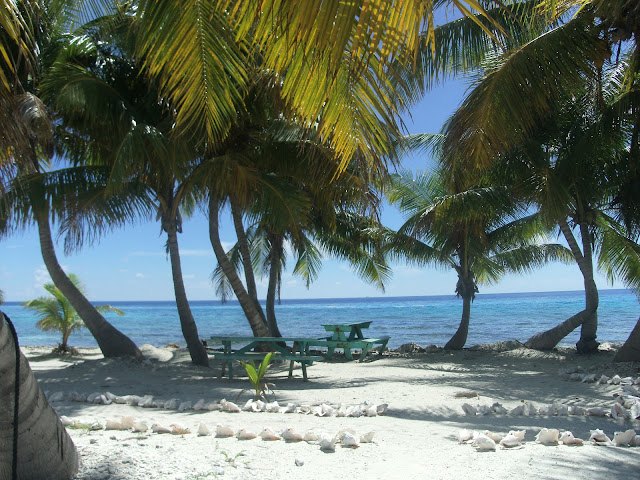 The interior of the island, though there barely is one, is also kept very clean - it's just that one stubborn side that gets trashed. 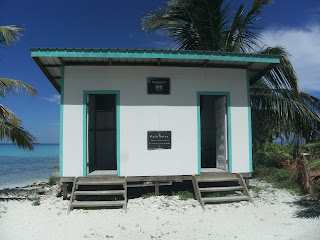 The website I found says there are no bathroom facilities on the island, but there are. See? 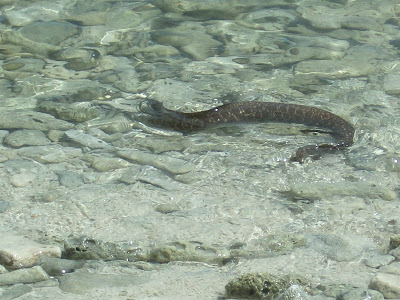 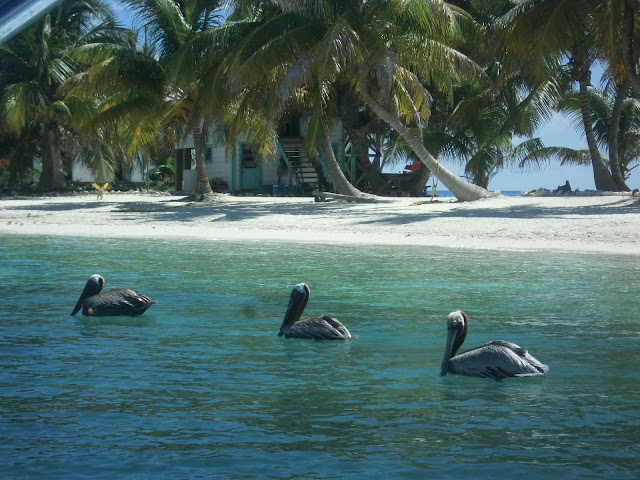 lots of pelicans hanging around

It's called Laughing Bird Caye because the seagulls sound like they're laughing... but they weren't around while I was there - all I heard were the pelicans crashing into the sea. They crack me up - have you watched the video??

The other group of people left after about two hours, so we spent the rest of our time there with the island to ourselves again before we had to leave, too. 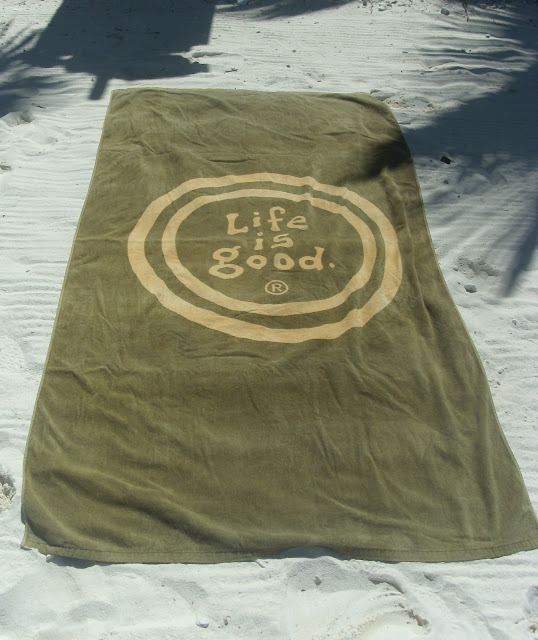