In My Own Little World...

I've barely been online at all this week, and if you're one of the (few) people who check frequently to see if I have anything new posted.... I'm sorry for the delay!

I haven't been doing anything fun or exciting, so I'm definitely not holding out on you - I've pretty much just had my head in a book all week.
I guess it's good to "unplug" sometimes...

Anyway, I was in Hopkins again last weekend for a job interview and took a few pictures to share with you. 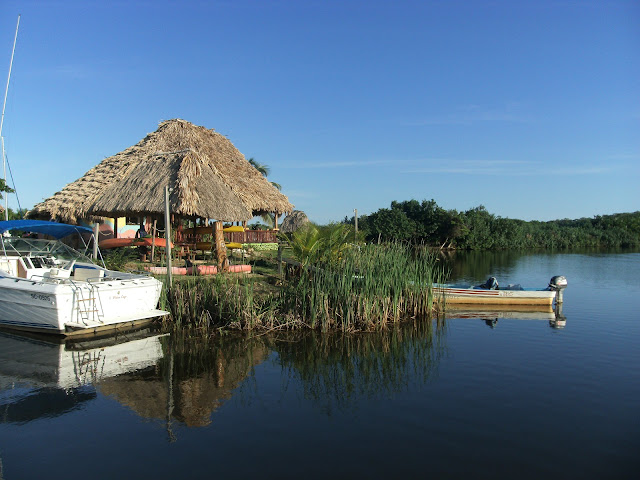 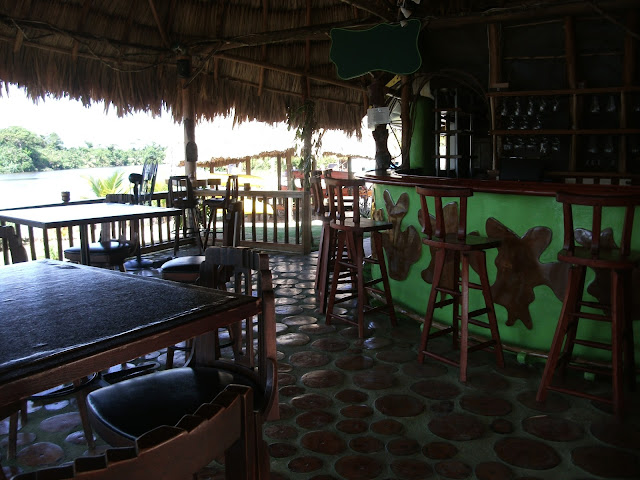 inside The Curve Bar - I love that floor! 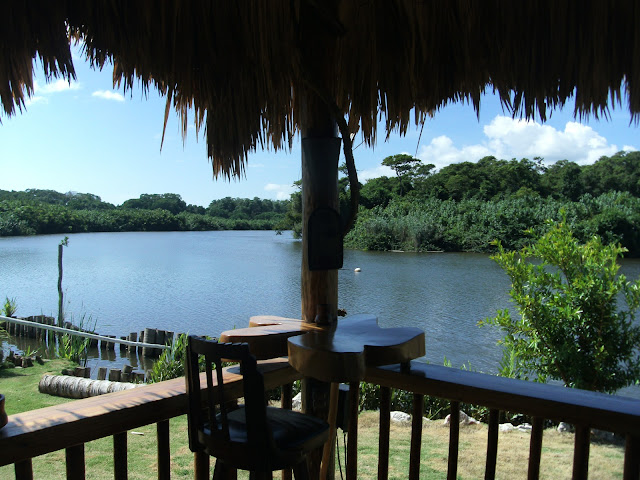 A good spot to have a drink and look for crocodiles. 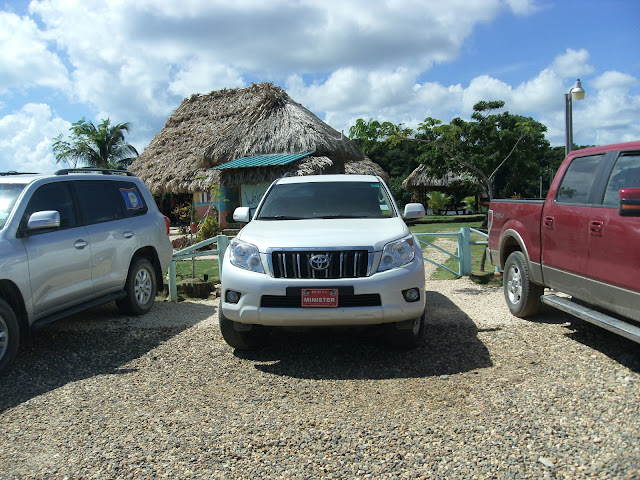 The parking lot of full of vehicles belonging to government officials attending a meeting here - looks like I missed an opportunity to snap a picture of Dean Barrow...

The marina is about 3 miles south from the center of Hopkins, where I was going to catch the bus to get home.
I took a taxi to get there, but I had no cell service to call him and ask him to come pick me up again, so I started walking. (Taking the beach isn't an option because of large sections of mangroves that are difficult to get by)

There aren't many houses down that far (yet) but the ones that are there are beautiful.. 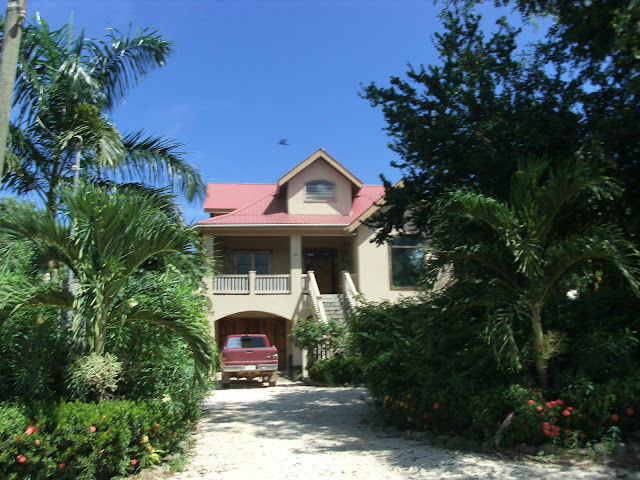 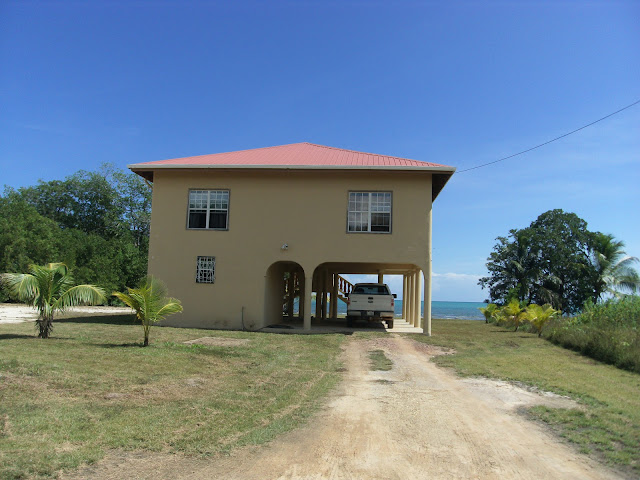 this one clearly needs some mature landscaping and a little more character... but look at their view! 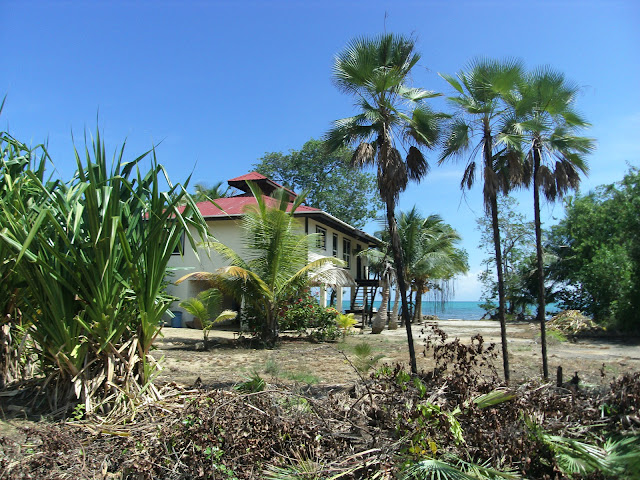 I'll take this one. 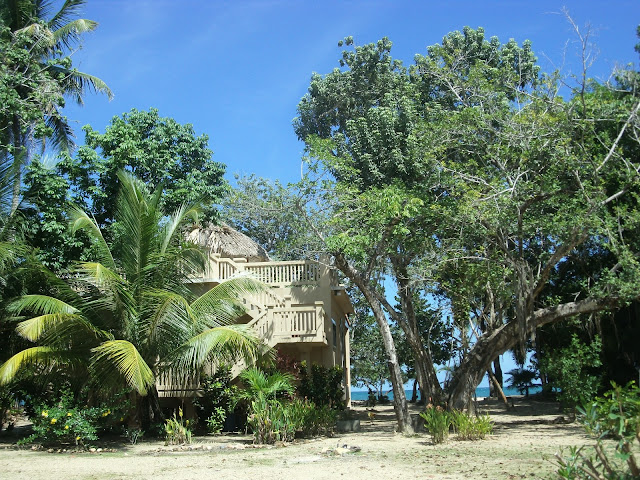 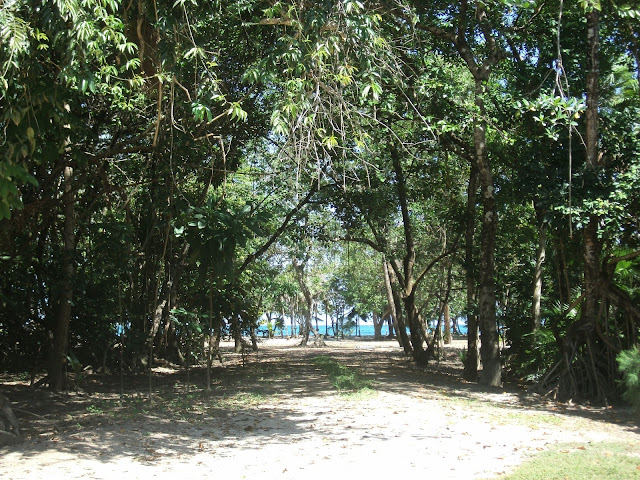 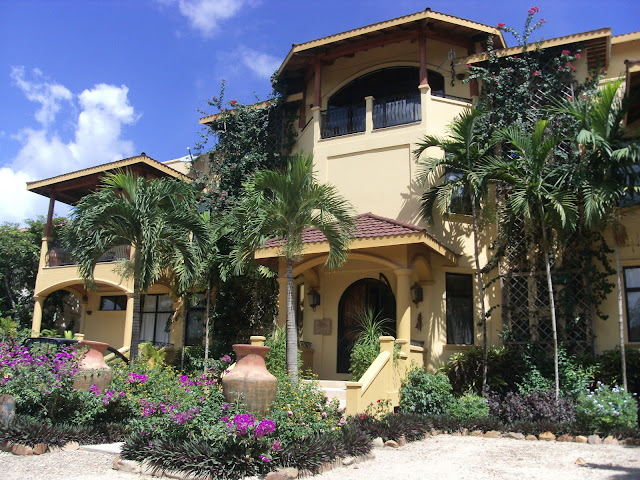 I don't know how long I walked for - an hour, maybe - but I was hungry as hell and needed some water. I smelled food and saw this "Open" sign, so I went to check it out 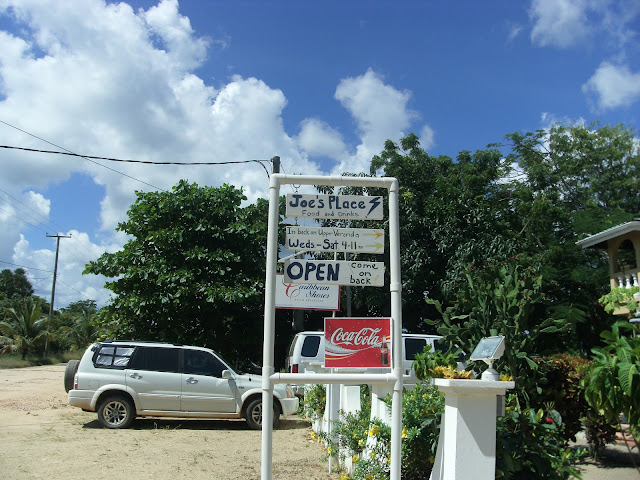 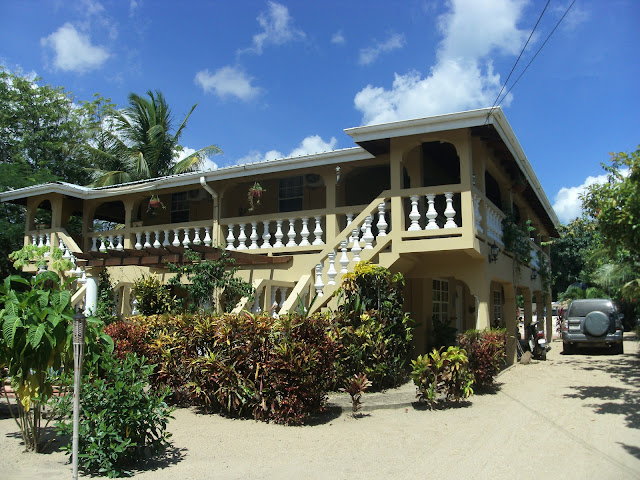 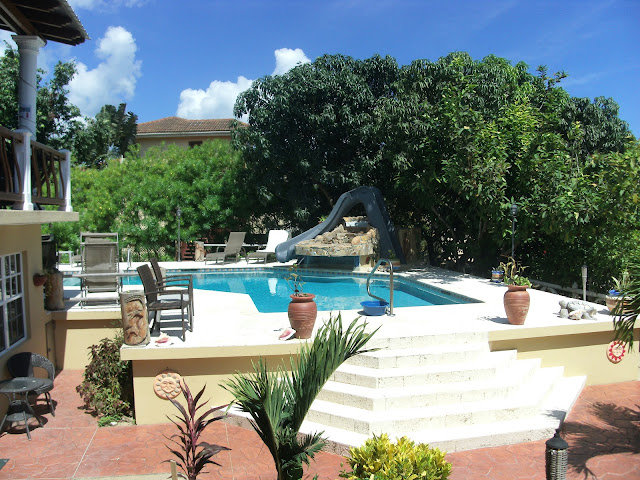 I should have read those signs a bit more closely before I wandered back here... I was quickly informed that the restaurant was definitely not open to the public; lunch was for the guests of the bed and breakfast only.
Woops.

I started walking again and didn't get much further when one of the fancy minivans that belong to one of the resorts pulled up next to me and the driver said hello, like he knew me. I must not have looked like I recognized him because he told me that we had never met, but that he had seen me and my husband, "the guy with the big beard and army pants," at the resort that he works for a few times.

I'm not going to say the name of the resort because he isn't supposed to pick up anyone who isn't a guest or an employee, but he ended up giving me a ride all the way to Alta Vista and getting me home about 4 hours earlier than I would have if I had waited around to catch the bus in Hopkins - and I felt exceptionally grateful for that because of what a pain in the ass it had been to get to Hopkins the day before...

Long story short - the first three buses passed me because they were full and they really are starting to cut down on standing passengers. Two hours after I got to the bus stop, I was finally picked up by a bus that ended up stalling five times between my village and Dangriga, making me get there too late to catch the only morning bus going to Hopkins... so my choice was to either wait for 8 hours for the next bus, or pay for a taxi. ($70bz, OUCH)