Catching you up on the past few days....

I was never a big, huge fan of living in San Pedro because of all the noise, traffic, and high energy of the town - but I have to say - where I'm staying now (south of San Pedro town) is very comfortable and quiet.
Lara's house, too - is super cute and comforting in it's own way: 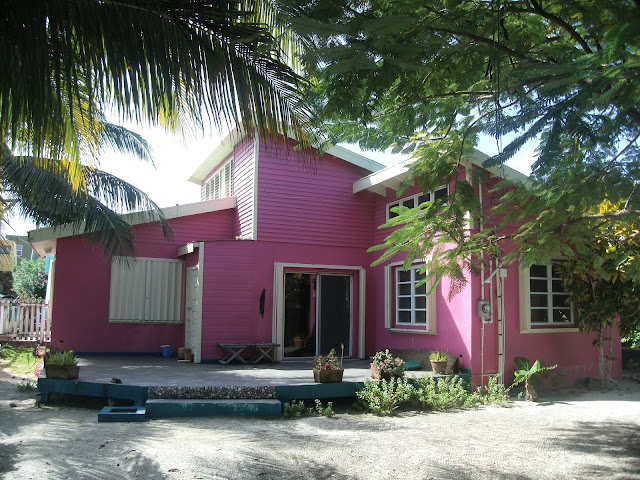 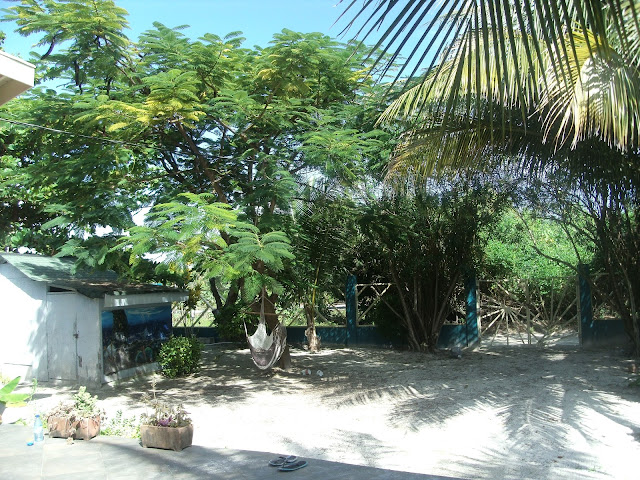 One thing that I do like about San Pedro is that you never know what you might end up doing when you go out...

Before the annual San Pedro Lighted Boat Parade on Saturday night, I went to Pedro's Hotel with Lara (of Romantic Travel Belize) to have some pre-parade beverages.Lara was meeting up with a photographer -Jackie from JAG Studios - who came down to work with Romantic Travel Belize on a photo shoot featuring models wearing handmade, Eco-friendly, Cambodian silk wedding dresses in various locations throughout the country.

(Damn, did you notice all of those shout outs on that paragraph?)

While hanging out and getting acquainted at the bar, Jackie mentioned that she would like to do some shots on the island and asked if I'd want to model a dress for her - kind of a barefoot-hippie-on-the-beach in a pretty dress kind of thing - so I did!

I have no idea how they turned out or if they'll be used for anything, but it was so much fun to do and Jackie was such an awesome person to meet (and it was a bit of an ego boost, too- thanks, Jackie!)

Later that night, while walking up the beach and watching the boat parade (see picture's from Tacogirl and SanPedroScoop! because I didn't get any decent ones) I met a guy who was running a Bungee Trampoline at one of the beach bars, and he let me bounce for free!

Did I not have my camera on me that night!?
Here's what a bungee trampoline thing looks like, from the website of theeventdepot.com in Miami: 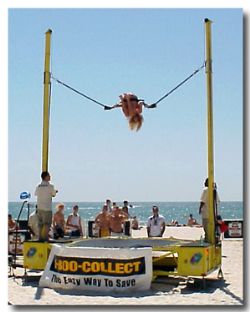 There was a photographer from National Geographic there, too, and she took photos of me and some of the local kids bouncing and flipping around and having a great time...
(I haven't seen any of those pics yet, either)

Another fun thing you can do when you live here, if you get lucky, is tag along on other people's snorkeling trip over to Caye Caulker... as I did yesterday. (Thanks to Lara, Lisa, and Grace)

Hol Chan was busy with snorkelers! 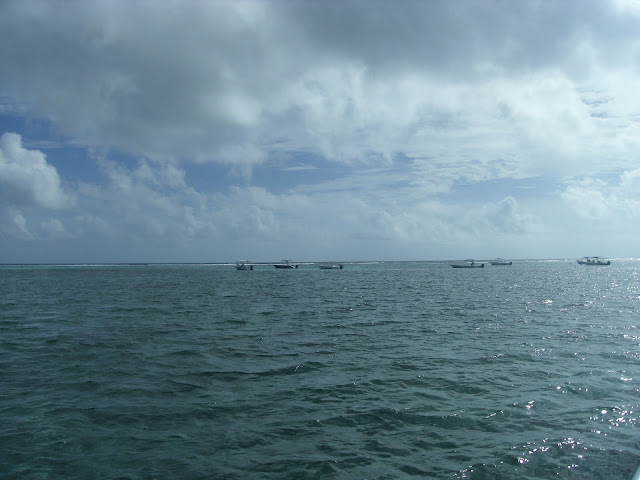 Even though it was a little cloudy at times, the visibility was still amazing - a great day for a glass-bottom boat ride out to  Hol Chan and Shark Ray Alley 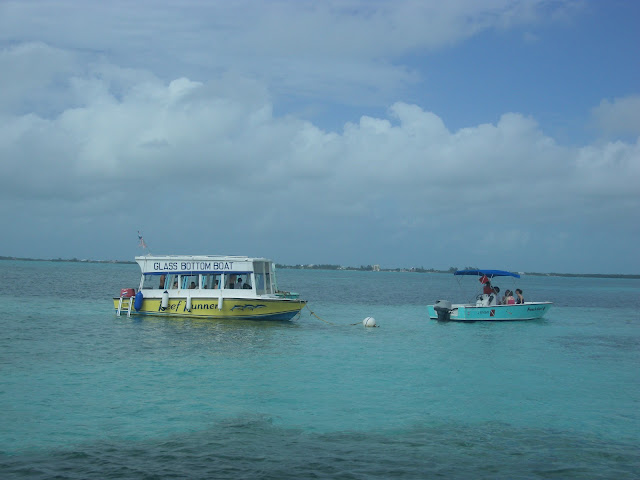 I've been living here for over a year and a half and looking at this water still hasn't gotten old... 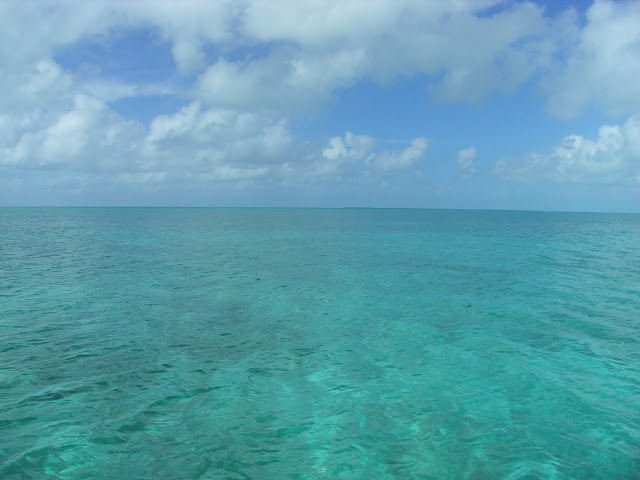 Ya know what else never gets old? Visiting Caye Caulker.
It's just SO nice and SO mellow.... I could see myself living here one day... 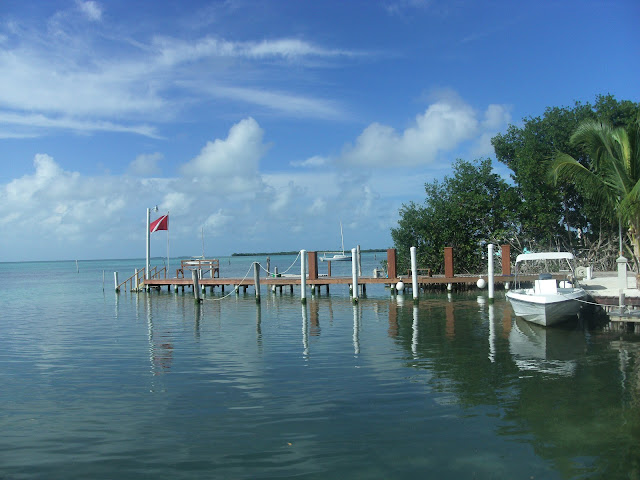 I'll have to stop and try the homemade Ginger Ale sometime... 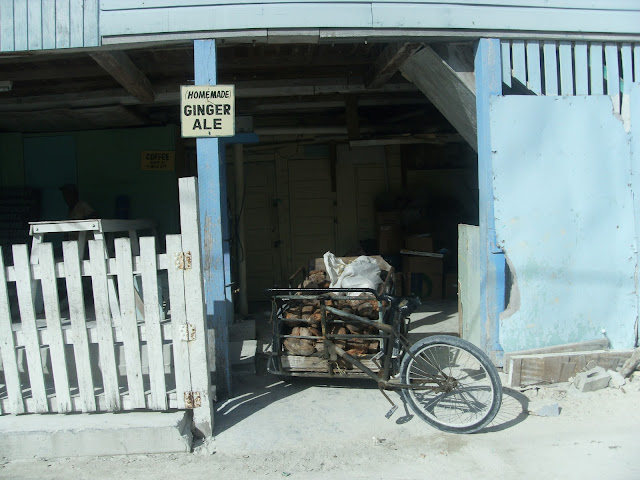 Wearing the hats that Mandingo makes never gets old, either.... 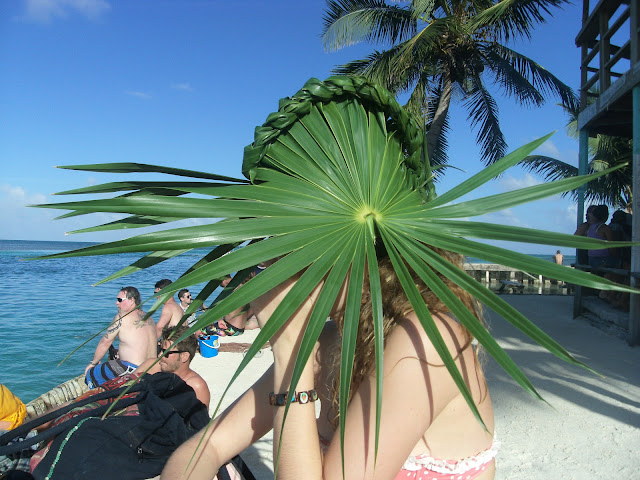 I imagine that carrying a large bag around on your head every day can't be good for your neck... 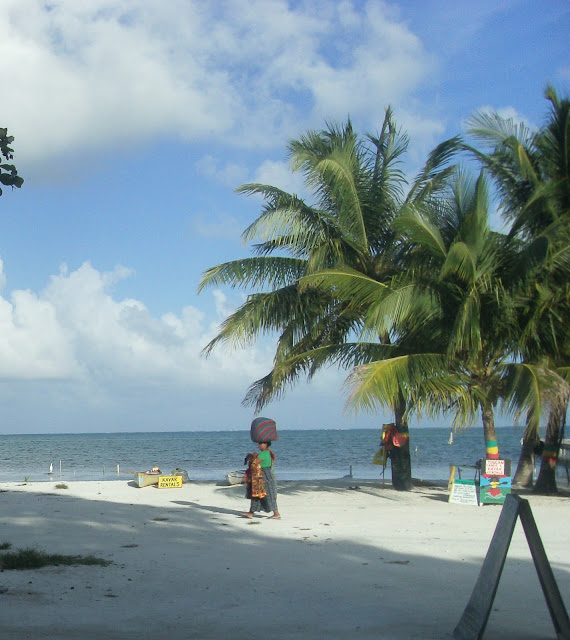 Ahhh..one of my favorite spots - The Lazy Lizard at "the split" - a great place for sunshine, drinks, swimming, and people watching.
*I also want to add that their music selection yesterday was SO MUCH BETTER than it usually is - no more unbearably loud, annoying "club" or punta music all day long. 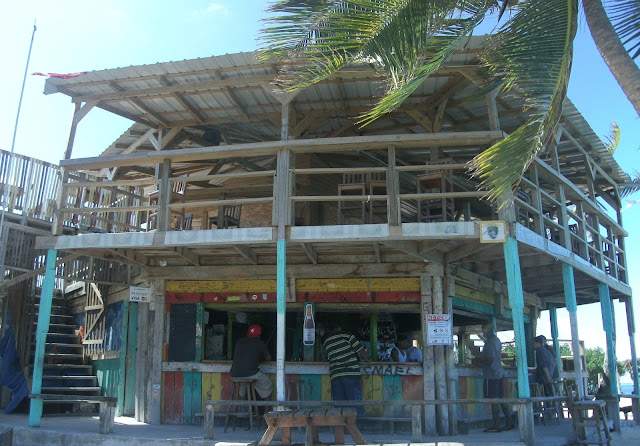 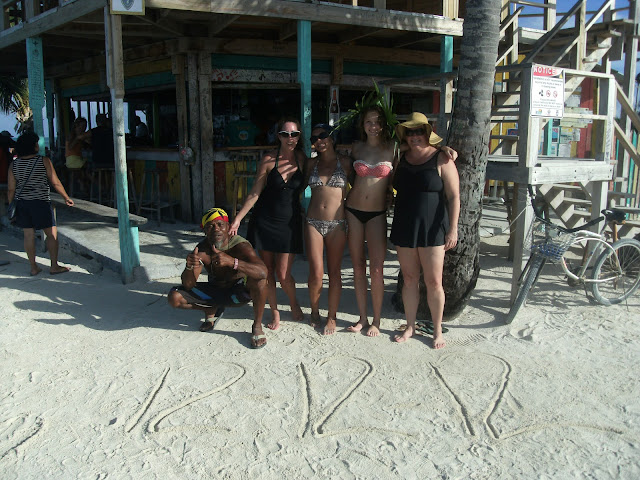 AND... videos of the happiest dog EVER:

The YogaPeach yoga retreat starts this Saturday - so, unless I do something super awesome between now and then, my next post will be coming from some big, fancy resort in northern Ambergris Caye!!!
I intend to enjoy every moment up there because once the retreat is over... I go back to work...

Last thing - I just want to remind all of you about the Geminid Meteor Show Plus possible BONUS meteor shower TONIGHT. Enjoy!