Today I did two things that I'm afraid of, and I'm feeling quite awesome about it...
I rode a bike and went swimming in the sea by myself.

Yeah - I know that might sound a little weird and boring, coming from someone who's already lived here in San Pedro and did island life for a while... but I've never been super comfortable riding bikes other than in my family's safe, little, horseshoe shaped neighborhood when I was growing up, or behind the same neighborhood on the trails in the woods where there were no cars to drive by and freak me out.

In fact - since my friend, Chris, was killed while riding her bike in 2000, I've only ridden a bike one time, and that was in my old neighborhood, with my old neighbor, back to our old stomping grounds - 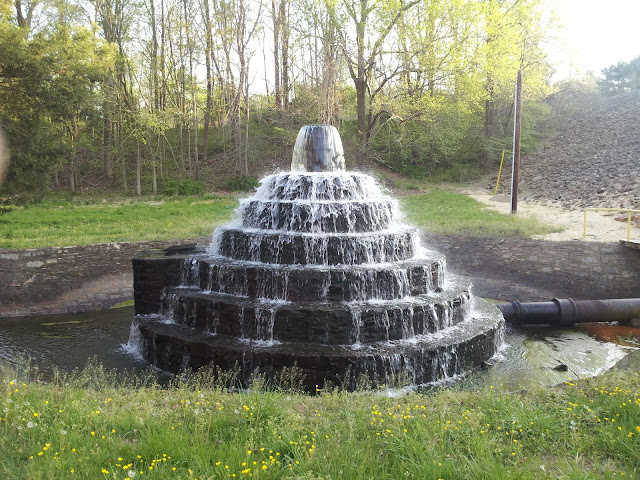 As for swimming in the sea by myself - I've done it before and I'll do it again, but it freaks me out  every time.
It's the sea creatures - the fish and crabs... the jellyfish and sting rays... the sharks, giant octopus, and killer squid...

Anyway, I decided to get on Lara's bike today and head south - knowing that there's nothing much down there and, therefor, no traffic.

I rode for about 3 miles and only almost fell off and died once, when I was confronted with passing a big dump truck while on rocky ground. Everything was cool, though - I made it without crashing into it and even got a few "hisses" from the guys in the back of the truck when they went by. (I don't know how else to describe the sound that men here make when a female goes by... they hiss.) 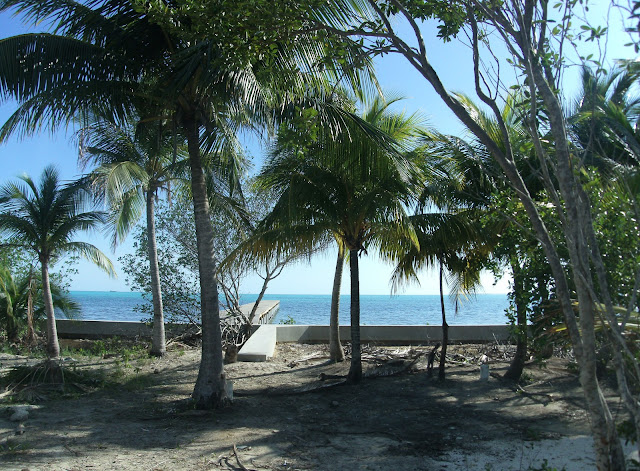 And here's what it looks like from that nice, private dock.. 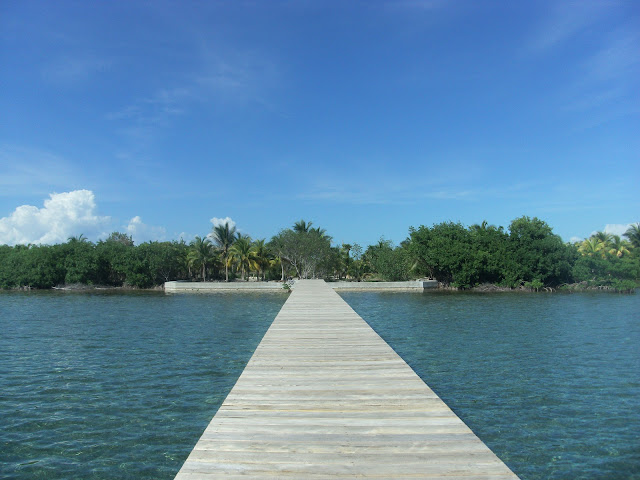 It's totally for sale - if you're interested I can hook you up with the realtor's contact info..
You just might have to deal with having me on your dock occasionally.

I just sat there and read for a while... I may have taken my top off and gotten a nice tan - I'm not going to say for sure - but I basically just enjoyed a few hours of alone time realized that I really need to own a bike down here so I can bugger off more often.

When I decided it was time to take a swim I headed back up towards Lara's house, where I know there's a good dock to swim from - complete with a ladder to get back out of the water and minimal amounts of sea grass. 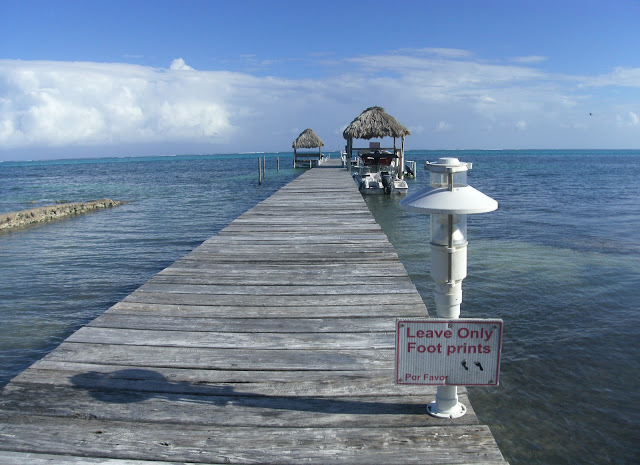 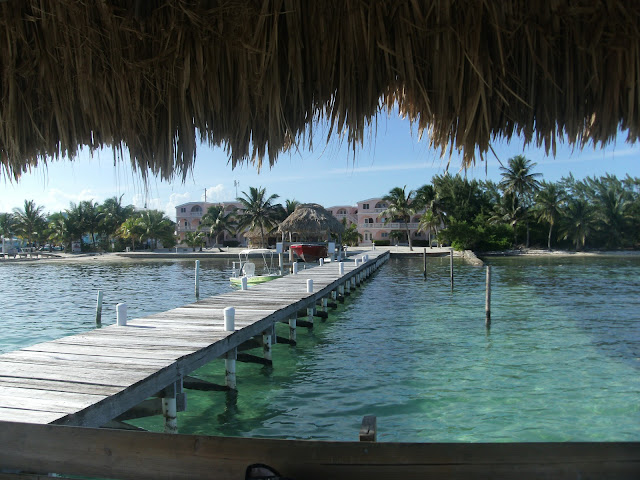 And this is where I sat and worked for the rest of the afternoon.... 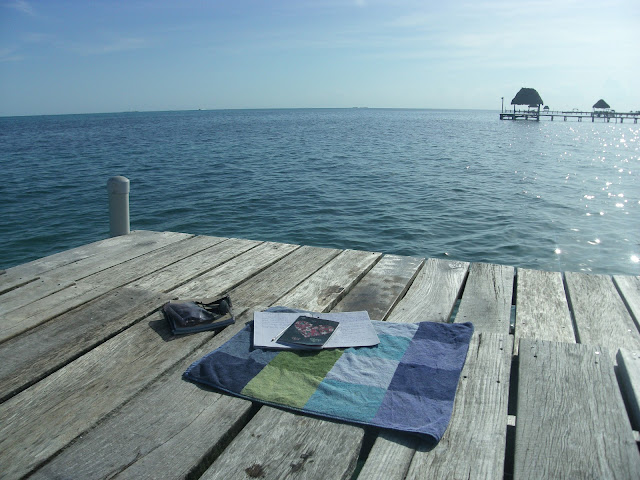 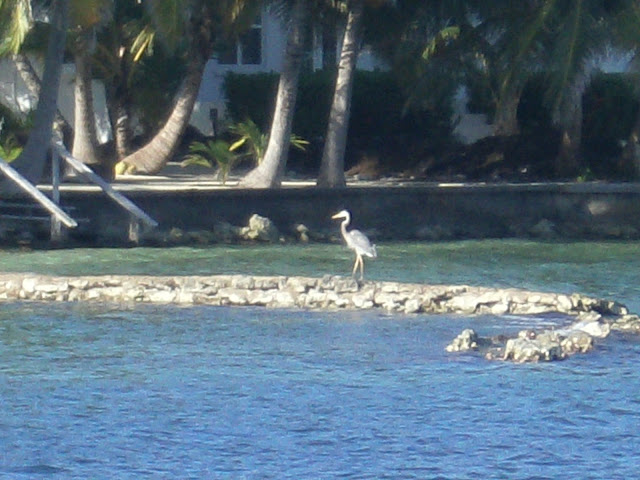