I was allowed to borrow a golf cart from Pedro's to get myself home safely after work on Tuesday night, so I found myself out and about "early" yesterday morning after returning it and picking up my bicycle. (Early, to me, is still anything before 10am)

I knew I didn't want to go right back to the house after returning the cart because I would have ended up spending the entire day inside and online, bouncing around from one project to the next and not actually getting anything accomplished.
I've been doing that for at least three weeks now - starting to work on an assignment for that online class I've been dragging my feet through, starting to write "my story," starting to organize files and photos, etc.
My focus has been shit lately. (do I smell a New Years Resolution in my future?)

Instead of heading right back home, I went to Wings department store and browsed through their flip-flop selection, but I didn't see any that looked like they would last longer than a few weeks, so I left empty handed, and still broken flip-flopped.
(Are flip-flops only made to be worn seasonally, and not for every day use? Planned obsolescence? I've gone through at least five pairs in the year and a half that I've been down here... Someone needs to investigate.)

As I started riding slowly back down south, I ran into one of my favorite bartenders on the island, who was on his way to open up the beach bar that he works at.
I told him I would meet him over there and have a morning Margarita while I decided what to do with my day.... but the ice hadn't been delivered yet by the time I got there and I had to settle for a cold Belikin instead. (It wasn't the same.... )

I drank my beer and then decided that I was just going to start heading home, but I didn't get very far.
I stopped once to say hi to another friend who was painting a fence along the side of the road, and then, as I was riding by Average Joe's Sports Bar, I heard Mike yell out, "Carrie - come back, we have hockey on!"
(If you know me in real life then you know I'm a huge hockey fan and that I'm super upset that there's no NHL games this season, so hearing that pretty much stopped me in my tracks)

It turns out they had on the World Juniors Hockey Tournament, and it happened to be on the USA VS Sweden game, so, of course,  I had to stay and watch the final two periods and have a few more beers and a Ditch Dog.

Here is where I would have loved to added a picture of a Ditch Dog, but I didn't have my camera on me, of course... Just picture a juicy hot dog loaded with mac and cheese - thats a Ditch Dog.

After the game (USA won) I did make my way back home, just in time to join Lara and her friend for a quick dip in the sea, and saw two sting rays swimming around the dock.... so it turned out to be quite a nice day.

One of my "problems" lately is that I just don't know what the hell to do with myself sometimes....
I've been riding the bike down south pretty often, but you can only go so far before the road starts to look like this....

It becomes impassable after a certain point, unless you want to carry your bike across big ditches.
I actually tried riding through a large puddle just a little bit further than where this picture was taken and got stuck in that very soft, squishy mud and lost a toe ring trying to get out of it :(

I didn't try to go any further after that - I just found a nice spot to rinse off my toes and chill for a few minutes before turning around. 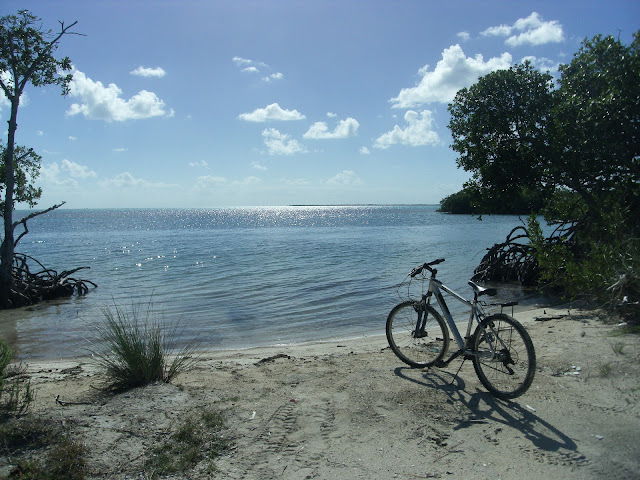 I went over to the lagoon side to check out some new houses going up on my way back..

I love this color blue, and any house with a rooftop deck... 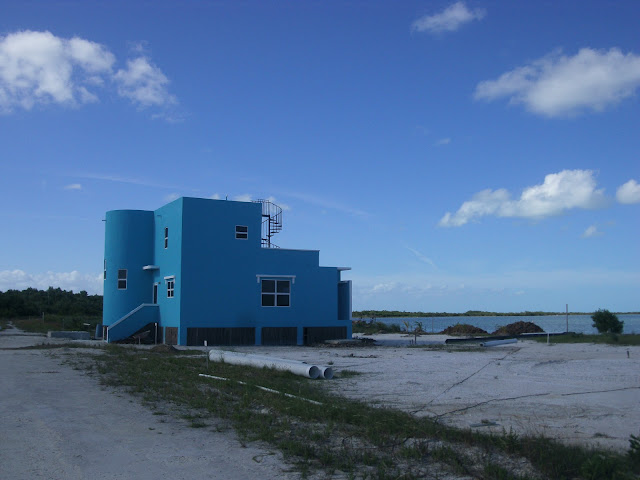 I might go for another ride today... there's a big ass bird's nest that I want to start visiting once in a while to see if I can find out who it belongs to. 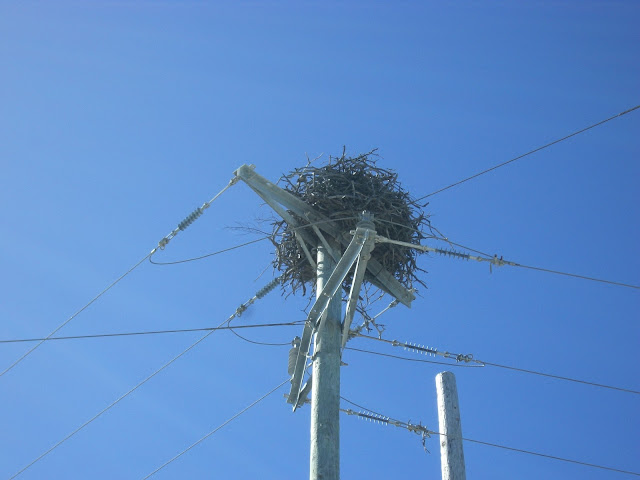 Maybe I'll go soak my dreads in the sea again... or maybe I'll ride north today... maybe I'll just take a nap since the sky seems to be looking a little cloudy now... maybe I'll work on that assignment again...

Maybe I should start taking a poll every morning and letting everyone else decide what I should do with my days off...
Posted by Unknown at 11:37 AM