A week with the 'rents - Belize Zoo and Altun Ha

As I mentioned in my last post, my parents and I went to the mainland one day to check out the Belize Zoo and the ruins at Altun Ha.

We woke up early (err... I woke up early, Bob and Ruthie got up at their normal time) and caught a 6:30am water taxi over to Belize City to meet up with our tour guide for the day.

Here are some pictures of the Belize Tourist Village along the waterfront as we were coming into the water taxi terminal: 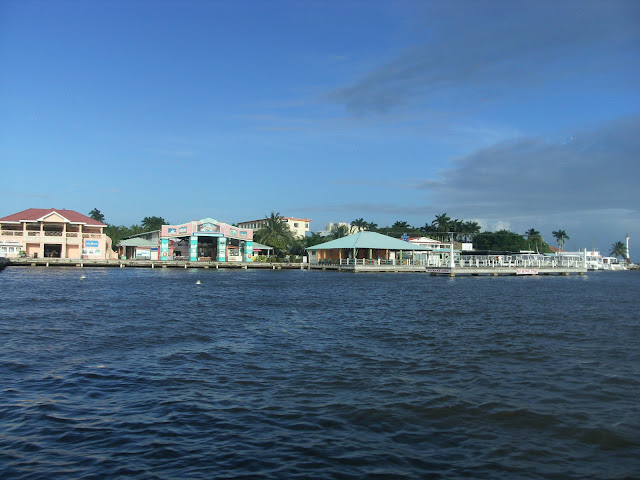 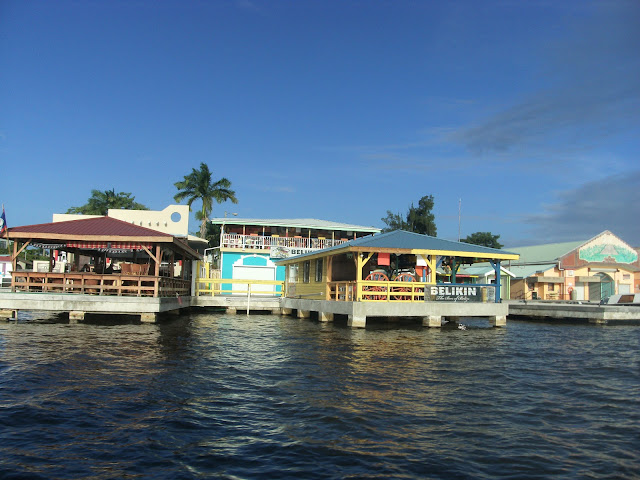 The "village" is only open on days when cruise ship passengers are around... so this news of Carnival Cruise line cancelling calls in Belize is probably a huge bummer to everyone who owns a or works at a store/restaurant there...

Anyway..
Carlos, our awesome tour guide, met us at the terminal and walked us a few blocks through road construction to get to his van, and then drove us through back neighborhoods and crazy traffic to get us on the Western Highway. 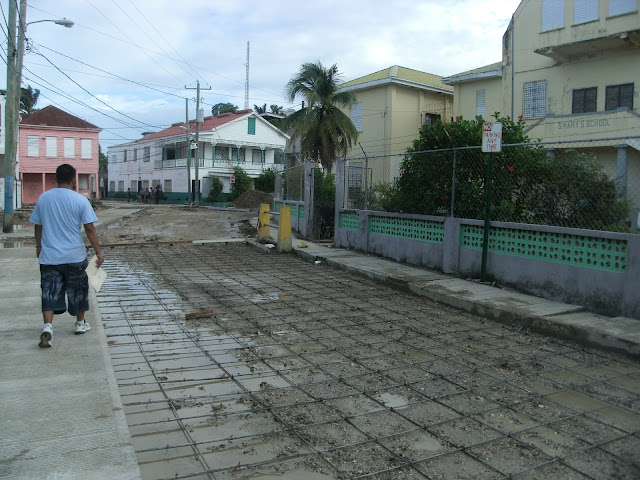 The day that we went (Thursday, January 10) happened to be the zoo's 30th Birthday, and they were in the process of putting up this new sign while we were there-

Even though my mom isn't a huge "animal person," I knew she'd still enjoy walking around this unique property and checking out the wildlife of Belize.


Do you all know the story of Lucky Boy - the Black Jaguar that was saved by the zoo?
(If not, you can read about it here) 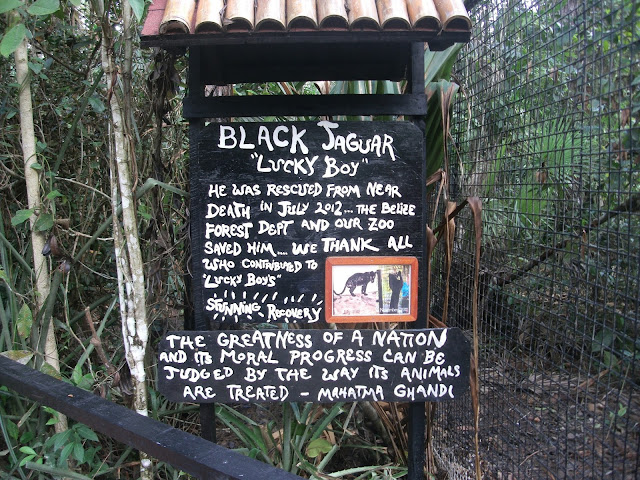 He (Lucky Boy) was busy flirting with Jr Buddy's mom, so I couldn't get close enough for a decent picture of him....

(Check out those two posts I mentioned earlier if you want to see more pics of the zoo and it's animals, here and here)

After the zoo, we stopped for lunch in the village of Sandhill before continuing on to Altun Ha. 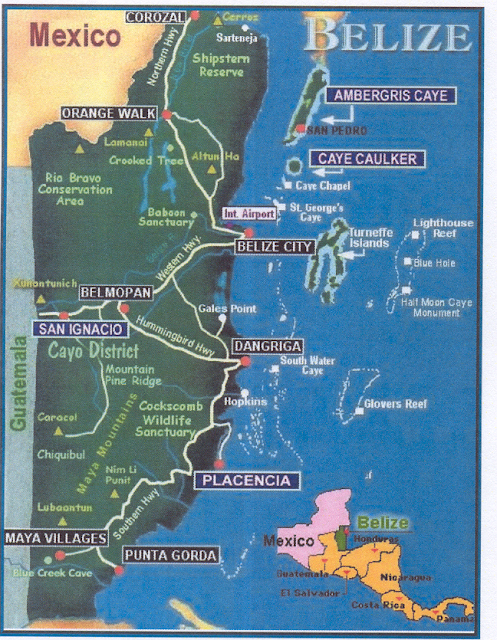 The zoo isn't listed on this map - but it's right about where the "W" in "Western Highway" is.

"Even though Altun Ha is small as compared to other ruins in the region, the extent to which the site has been cleared and restored makes it easy to imagine its past glory and wealth as a major ceremonial center. Plaza A is a large grassy area, surrounded on all sides by pyramids and is adjoined by Plaza B which contains the largest structure on the site, the Temple of the Masonry Altars, which rises 54 ft. above the plaza." belizereport.com 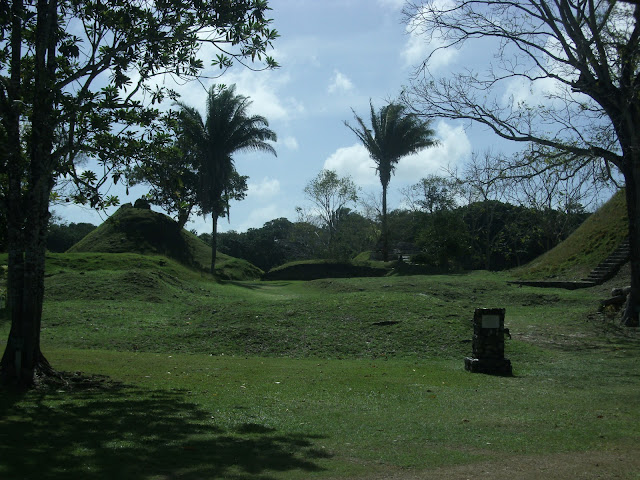 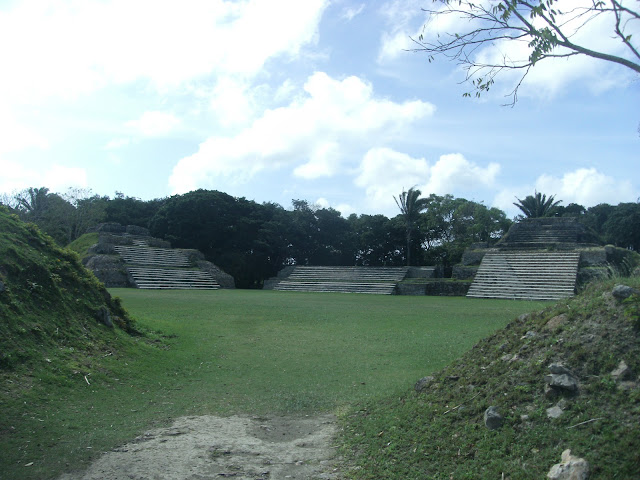 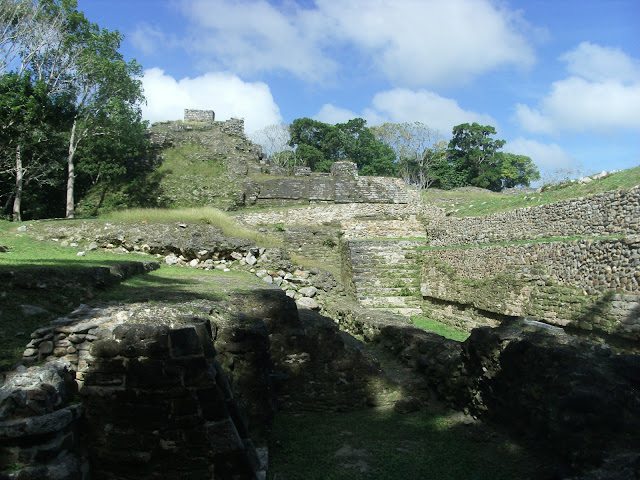 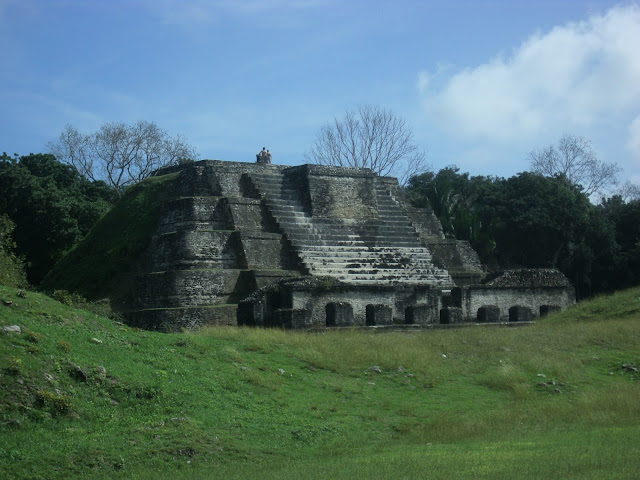 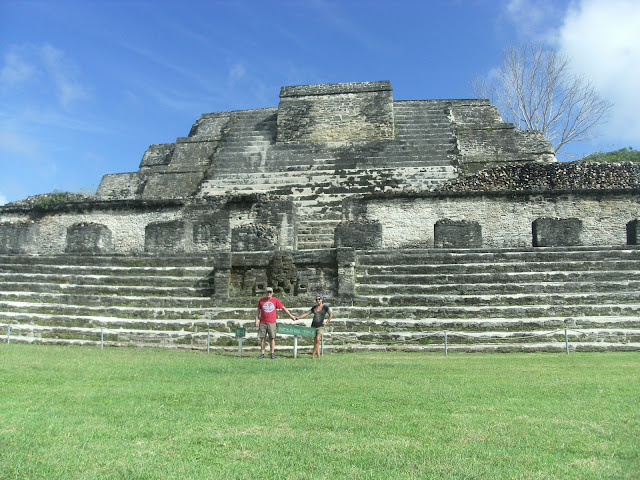 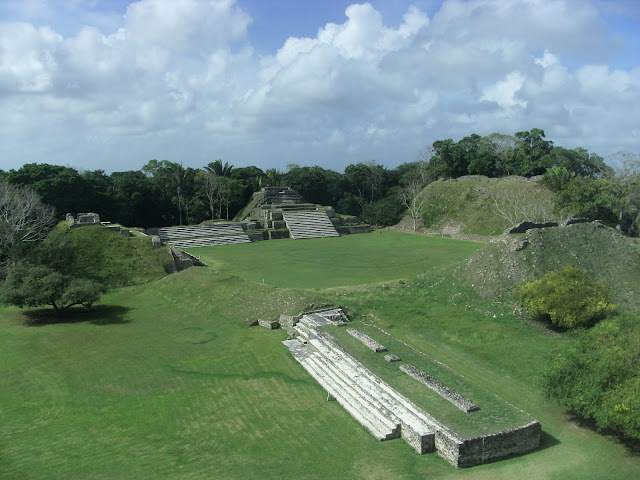 The view (and the breeze!) from the top of The Temple of the Masonry Altars is so cool...
(but I think the one from Xunantunich is better. Don't tell Altun Ha I said that)

What's pretty awesome about Altun Ha, though, is that it's where the "Crown Jewel of Belize" was found....
"The most spectacular find here was a six-inch high (15cm), ten pound, jadeite carving of the head of Kinich Ahau, the Sun God, which was found in the tomb of an elderly male priest."

The head now lives at the Museum of Belize and only gets to come out to play for special occassions - like the 10 year anniversary of the museum last February. Maybe I'll get to see it for the 15th anniversary...?