A week with the 'rents

I know Ive been a total slacker about blogging lately - but I just spent a week hanging out with my parents, so you can forgive me, right?
Sure ya can.

Anyway - Bob and Ruthie came down from Pennsylvania last Saturday to visit their favorite daughter and to check out the country that I'm calling home these days.
We didn't actually do much while they were here- we basically just hung out in San Pedro, ate at a few different restaurants, and took one trip to the mainland - but I think they had a nice time, anyway.

How could you not enjoy your stay here, though - especially when you get to wake up and look out at this every day:

We tried the new Black Orchid restaurant for a late lunch after they settled in, and went to Lily's Treasure Chest for breakfast the next morning, where my parents found out how big burritos are in Belize. (huge. always) Later that night, went went back into town and had dinner at one of my favorite places - Hurricanes Ceviche Bar & Grill

We spent one day just puttering around on the golf cart they had rented and ended up going down south to mile 5 (5.5, maybe) and stopping to check out the Marco Gonzalez Maya site.


"Ambergris Caye was home to an estimated 20,000 Maya traders at the height of their occupation of the island. There are 18 sites recognized on the 25 mile long island and none of these sites had been preserved. In 2008, a conversation between Ex-pat Jan Brown, living here for several years, and a prominent citizen, Winston (Frank) Panton took place regarding this. An idea was born. Jan proceeded to talk to officials about the selection of the Marco Gonzalez site to be preserved to become a visitation site. By April 2009, the announcement came forth - Marco Gonzalez Maya Site was to be the first official location to be preserved. Restoration of the site and a Visitors Center/Educational Center would be developed for all to enjoy. 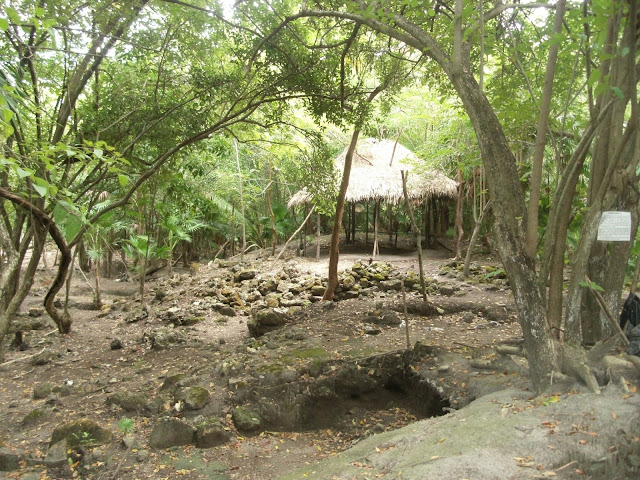 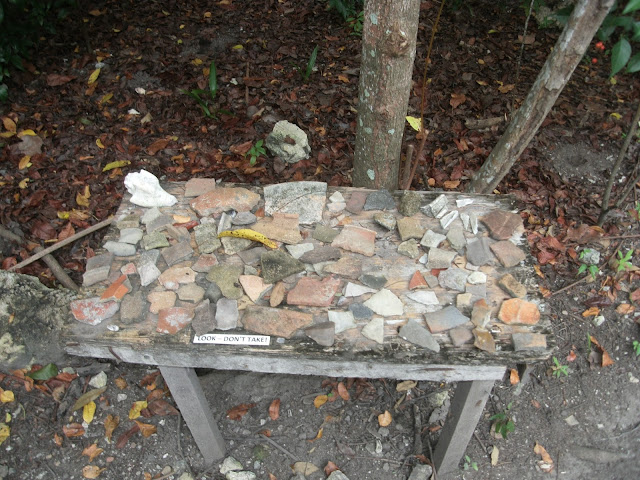 I don't think we walked around the entire site, but what we saw was pretty cool. It's so hard for me to imagine an entire community of people living back there, though... what did they do in the rainy season?? It seems like it would just turn into swampland...

We spent another day puttering around up north on the golf cart and stopped for lunch at Ak'bol - another one of my favorite spots.

We spent the day on the mainland going to the ruins of Altun Ha and the Belize Zoo - (and it happened to be the zoo's 30th birthday that day)  but I'll have to tell you about that in the next post.... right now it's time for me to get ready for work :(

Here's a picture of the new sign that was going up while we were there, borrowed from the zoo's facebook page on January 10th:

"It's exactly 30 years to the day since TBZ Founding Director Sharon Matola nailed a little wooden hand painted sign to a little backyard zoo, cycled her bike down the road to the old Western Highway bar known as JB's, and announced "If anyone's bored, feel free to drop by Richard's Foster's place up the road, it's now a zoo." The sign read simply "The Belize Zoo," and has evolved from that last ditch effort to save a handful of wildlife to a stronghold for conservation and environmental education in Belize. We thank ALL our visitors, friends, and supporters that have joined us on an incredibly journey. Take a look at our brand new entrance sign, and here's to another 30 years. Happy Birthday, TBZ!!" 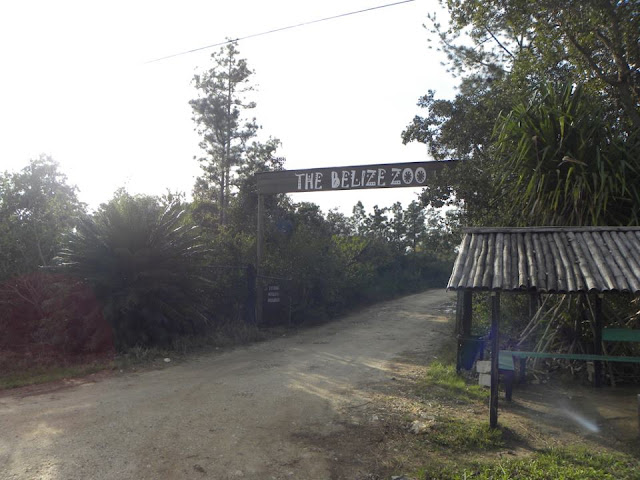 I have no idea why that one paragraph is in blue letters....
Weird.
Posted by Unknown at 11:35 AM