Forgive me for not doing a public reflection on 2012 - but some things just aren't meant to be shared with the world.... and New Year's Resolutions? Never been into them.

I will, however, share with you a fun encounter I had with a super drunk tourist at about 4pm on New Years Eve while I was working at Pedro's...

Between her and her five friends, they did, somehow, manage to come up with another 8 Belize dollars to finish paying for their shots... and to break at least one shot glass before buggering off.

I'm not complaining about this at all - they were drunk and happy, and I was highly entertained for the few minutes that they were in the bar - so it was a totally fine way to kick of the New Year Celebrations - which "officially" began with a champagne toast at 6 pm (for the "English New Year")

Everyone headed to town for the real party sometime around 10 o'clock, and I followed shortly after cleaning up and closing the bar.
I don't usually "do" New Years Eve - but this was my first one in San Pedro, so I had to go check it out for a little while, and it was pretty much exactly how I expected it to be.... A lot of people, a lot of drunk people, a lot of girls wearing very short, very tight, sparkly dresses and very, very high-heeled shoes and lots of kids running around and having fun in the park.

I went into Fido's for a hot minute to meet up with some people.... but it was way too crowded and crazy for me, so I bounced right on out and wandered over to the street party in front of Lola's after watching the fireworks display on the beach for a bit.

There aren't many good pics, but here's what I got: 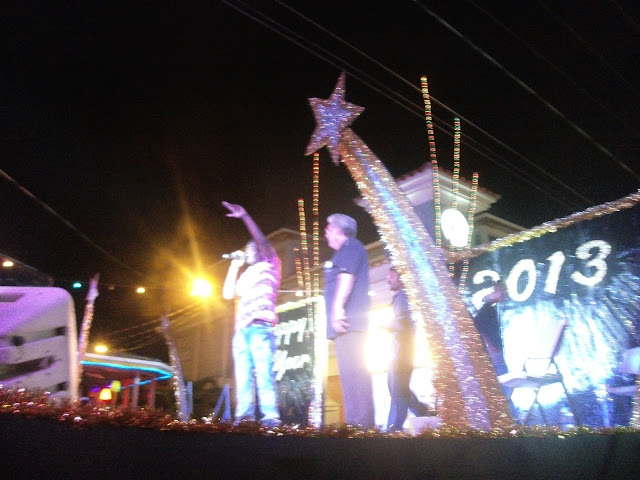 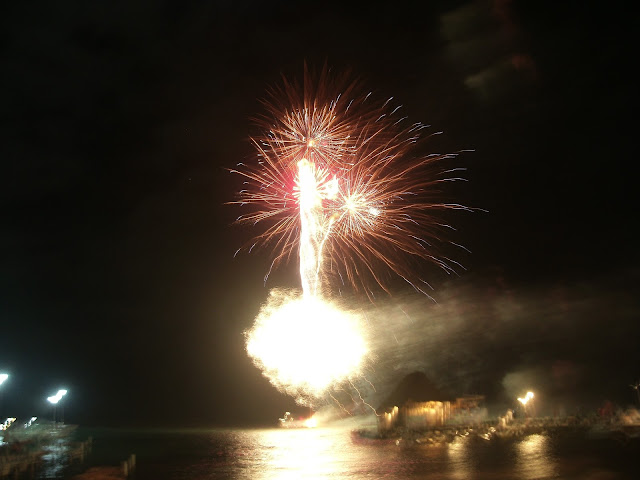 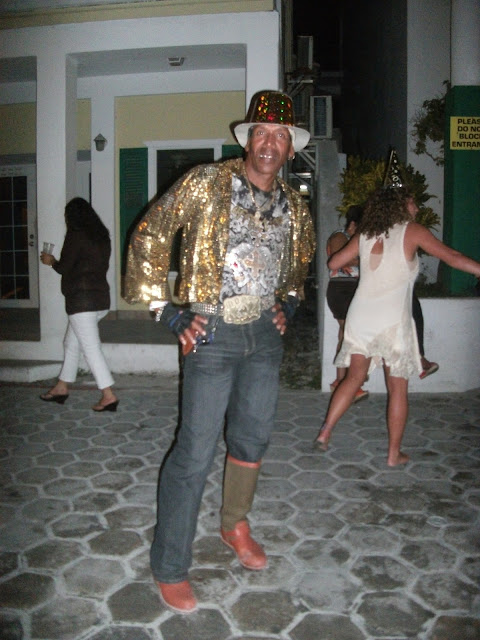 I have no idea who he is - but everyone else was taking his picture, so I got in on it. 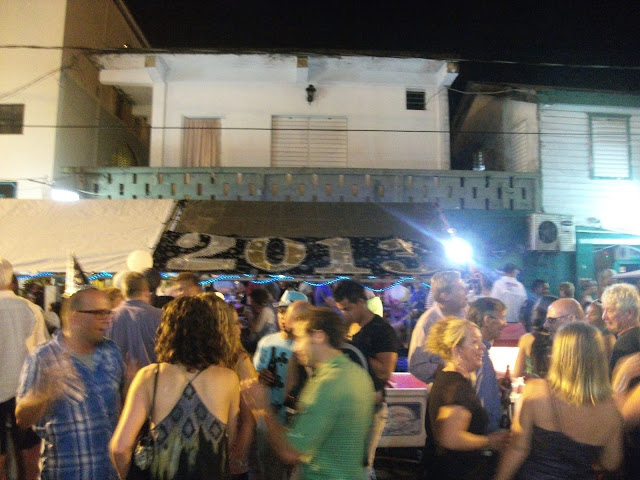 I really didn't do much, other than just walk around and do some serious people watching, but I still managed to stay out until almost 4am somehow.
*A little heads up - taxi drivers double their rates for a ride home at 3:30am on New Years Eve.
Fair enough, I suppose....