It's really, really hard to pick a "favorite" bar in San Pedro...
Average Joe's has a staff that I love, and awesome bar food (wings, dogs, mac n cheese...)
Luna Loca also has great bartenders, along with the sea view and comfy pillows to sink into.
Jolly Rogers has amazing food (when they feel like making it) and it just feels like an old school beach bar...
The Palapa Bar has the inner tubes that you can float on, and your drinks get lowered down to you by bucket, so you never have to run upstairs to get a refill...

And then, there's The Barrel Bar - the newest addition to my "Top 5 Favorite Bars in San Pedro."
(you'll be able to tell, from some of the pictures, why this is one of my favorite bars...if you aren't dumb) 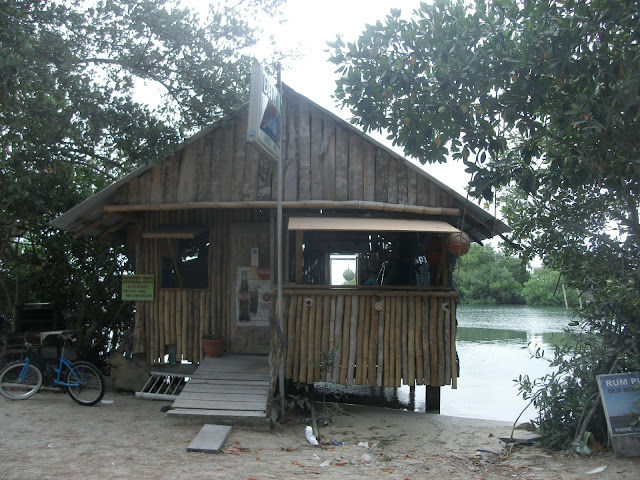 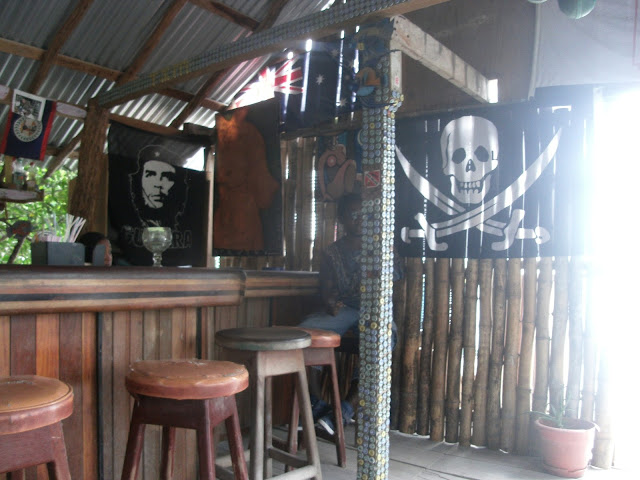 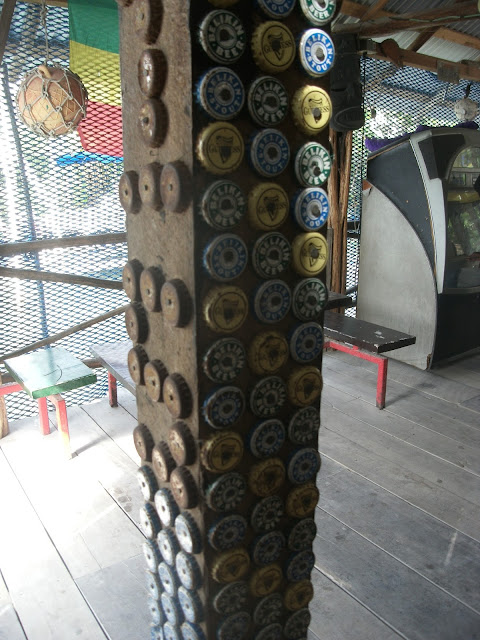 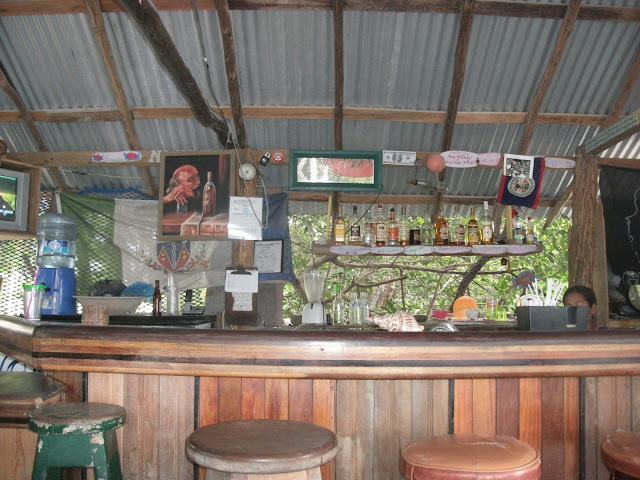 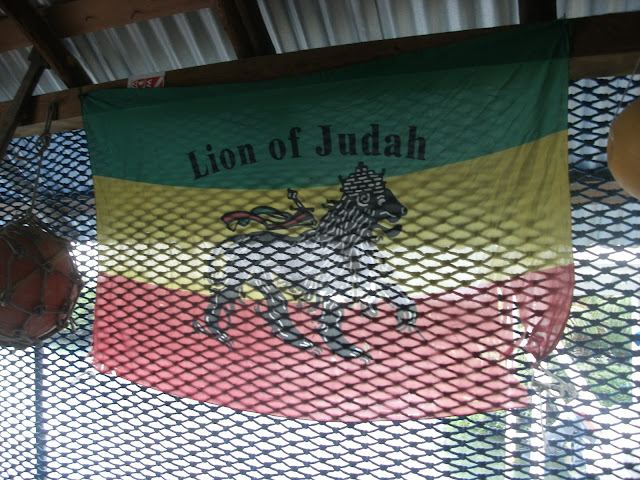 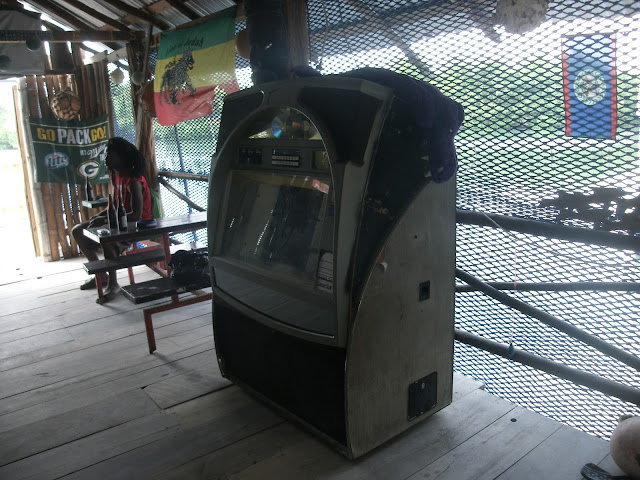 the only jukebox I've ever seen on the island...
Lots of Spanish music, but it also has a selection of "Power Ballads," Country, and Madonna... 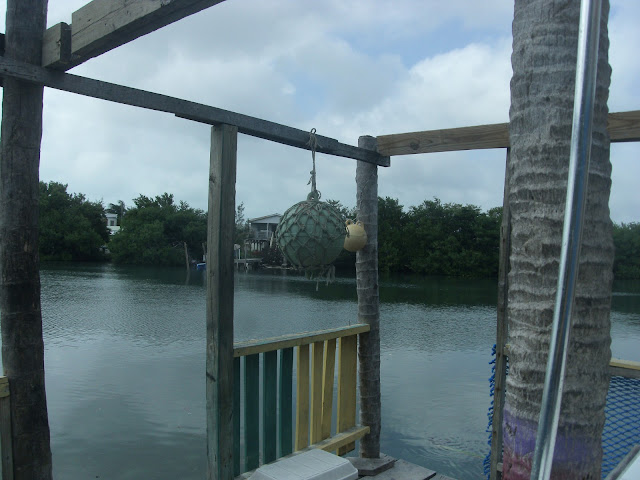 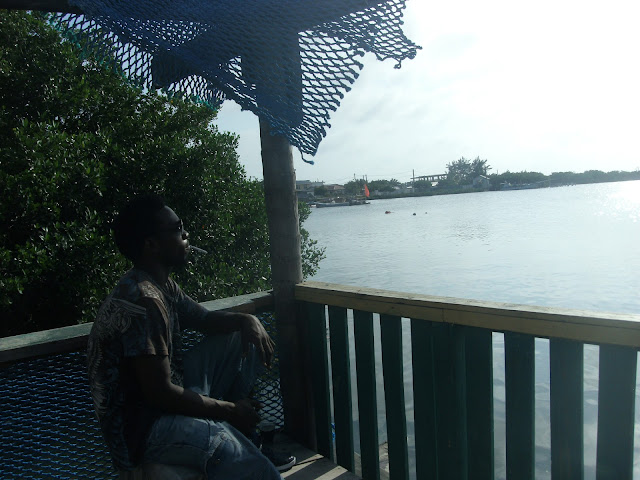 So, in addition  to just being a nice, mellow bar to hang out at and listen to Firehouse, Poison, and other 80's hairbands (if that's what you're into) beers are only $3, all day! I was expecting to pay $45 for my 9 beers... but $28 was a MUCH nicer price for my wallet.

I was also super happy to see this photo hanging up behind the bar: 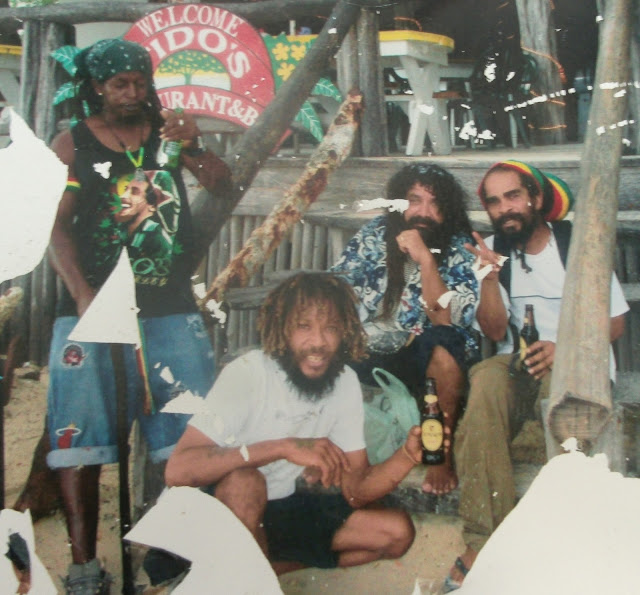 I dont know the guy kneeling in front, but the rest (left to right) are:
King, Muya, and Ras Cobra

No arrests in shooting death of Eugene "Ras Cobra" Lockwood

"Lockwood was an artisan (woodcarver) known to many on the island as he marketed his merchandise in the Central Park Area. His artisan colleagues explained that Lockwood was an easygoing person and was not known to have enemies. Speaking to The San Pedro Sun, artisan Marlon Usher said that, “Cobra was just a brethren, he was always a happy spirited brother. I don’t know what could have happened to have led to his death. He was a hard working brother. I didn’t know him to have any enemy. He was always an irie (peaceful) brother. We saw him around up to an hour before he lost his life.” According to his friends, as well as the police, Lockwood was not the intended target and was simply in the wrong place at the wrong time."