Off the boat at Robinson Point Caye

There's a really nice little anchorage spot that we use, only about 5 miles off the coast of Belize City, called Robinson Point Caye. It's just a little cluster of three, mangrove-y islands  - two of them are totally uninhabited and the other one, the largest one, only has one house and a metal (I think) lighthouse structure on it. 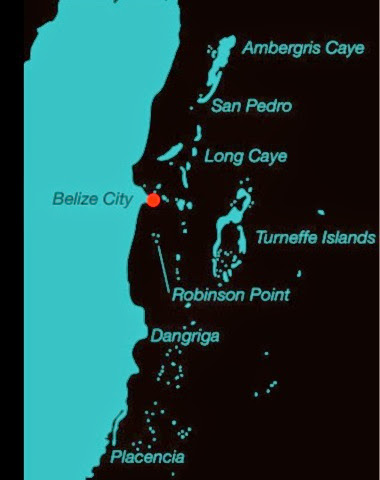 The only decent map I could find with Robinson Point identified on it, this one, comes from Rising Tide Adventures, which looks like a pretty sweet charter company.

Also from Rising Tide Adventures, I found this little piece of info about fishing near the Caye: 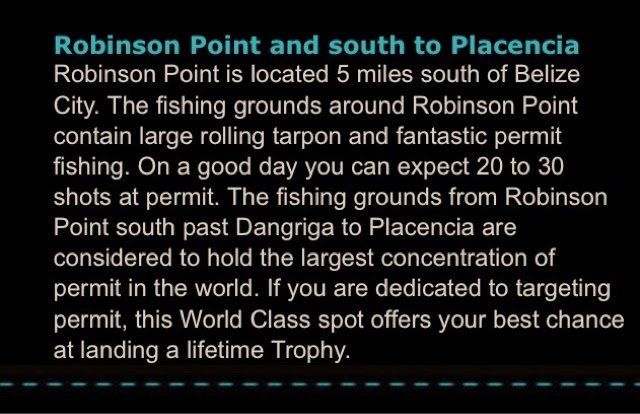 Ya see that, fishermen? "...considered to hold the largest concentration of permit IN THE WORLD."
Yet another reason to come to Belize.

That's pretty much all the information I could find out about it, too... if you can Google it you might see a link for a page out of some Belize book and you can see in the description: "Robinson Point was once the center of Belize's boat building industry..." but the link just takes you to an error message. Bummer.

There's also this link for EcoMar Belize which talks about tracking sea turtles in the area! (It looks like they need more donations to continue their study)

Anyway - let's get back on track here...

We were anchored there one night last week and our guests decided to take the kayaks over to the sunken ship near the island to do some snorkeling. When they came back, they told us about meeting the man - the only man - who lives on the island; the caretaker for the only house on the island.
He told them he had been there for about six weeks, without a boat, and was hoping that someone would be returning soon to bring him some food and supplies that he was running out of.

I had to bring the man something to eat... The thought of him waiting there, without any way off, for food that may or may not show up... I can't deal with that. I wouldn't have been able to sleep well, for weeks, until I could get back there again, just wondering if he was ok or if anyone else had stopped by.

It was the last night of our charter, so I didn't have a whole lot left to give him, but I packed up a small bag of rice, some leftover crackers, an apple, a package of turkey bologna, and a frozen piece of conch meat for him and went over to find him.

I had no idea how many cool things were all around the island - starfish in different colors, conch shells, tons of broken coral, awesome driftwood, pretty little flowers... 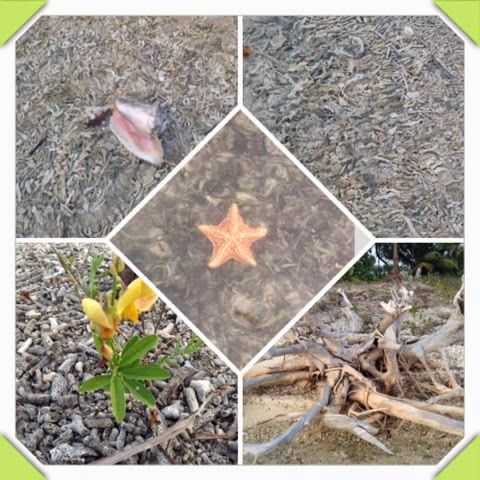 There's a sunken ship on each side of the island... 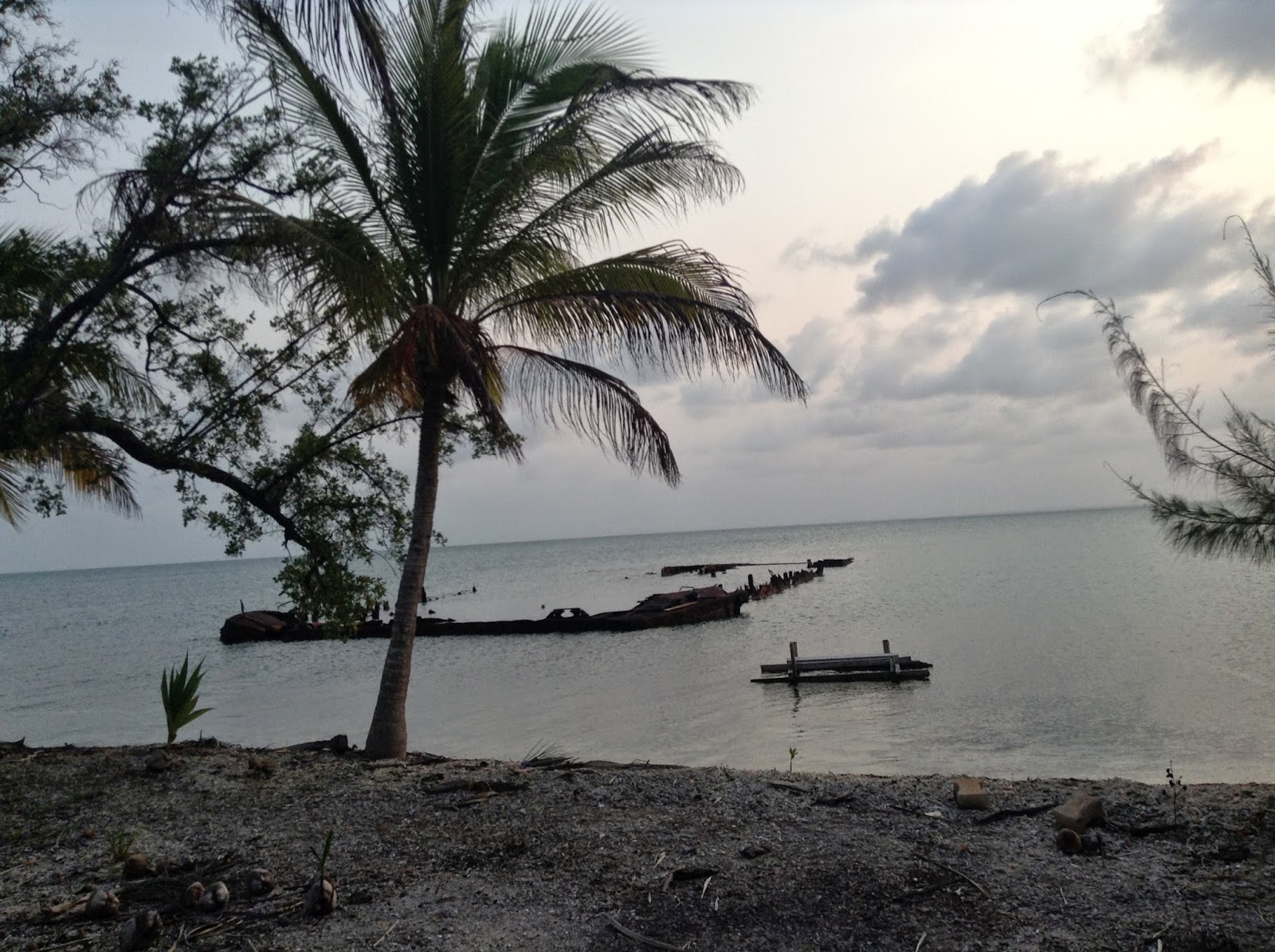 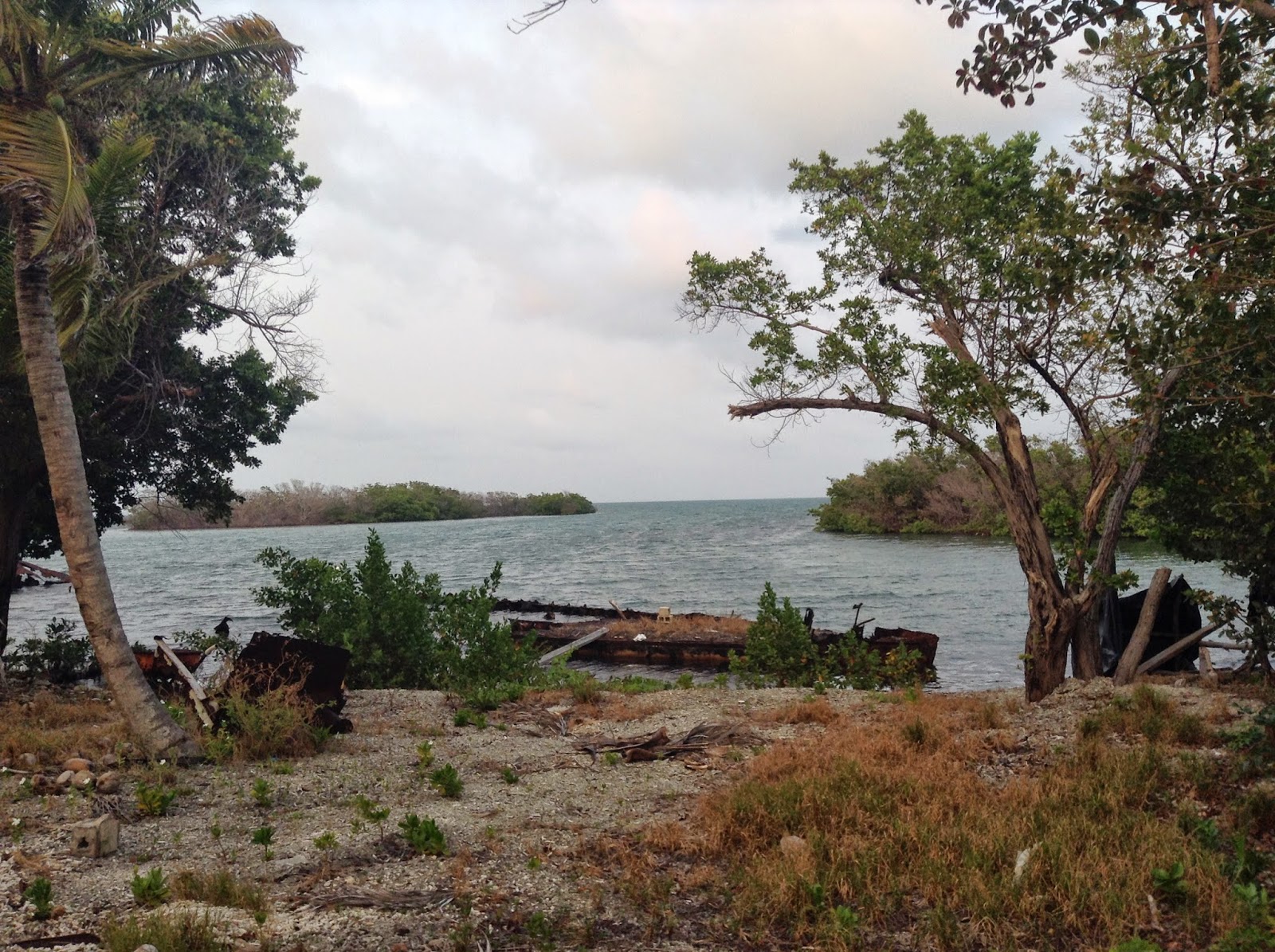 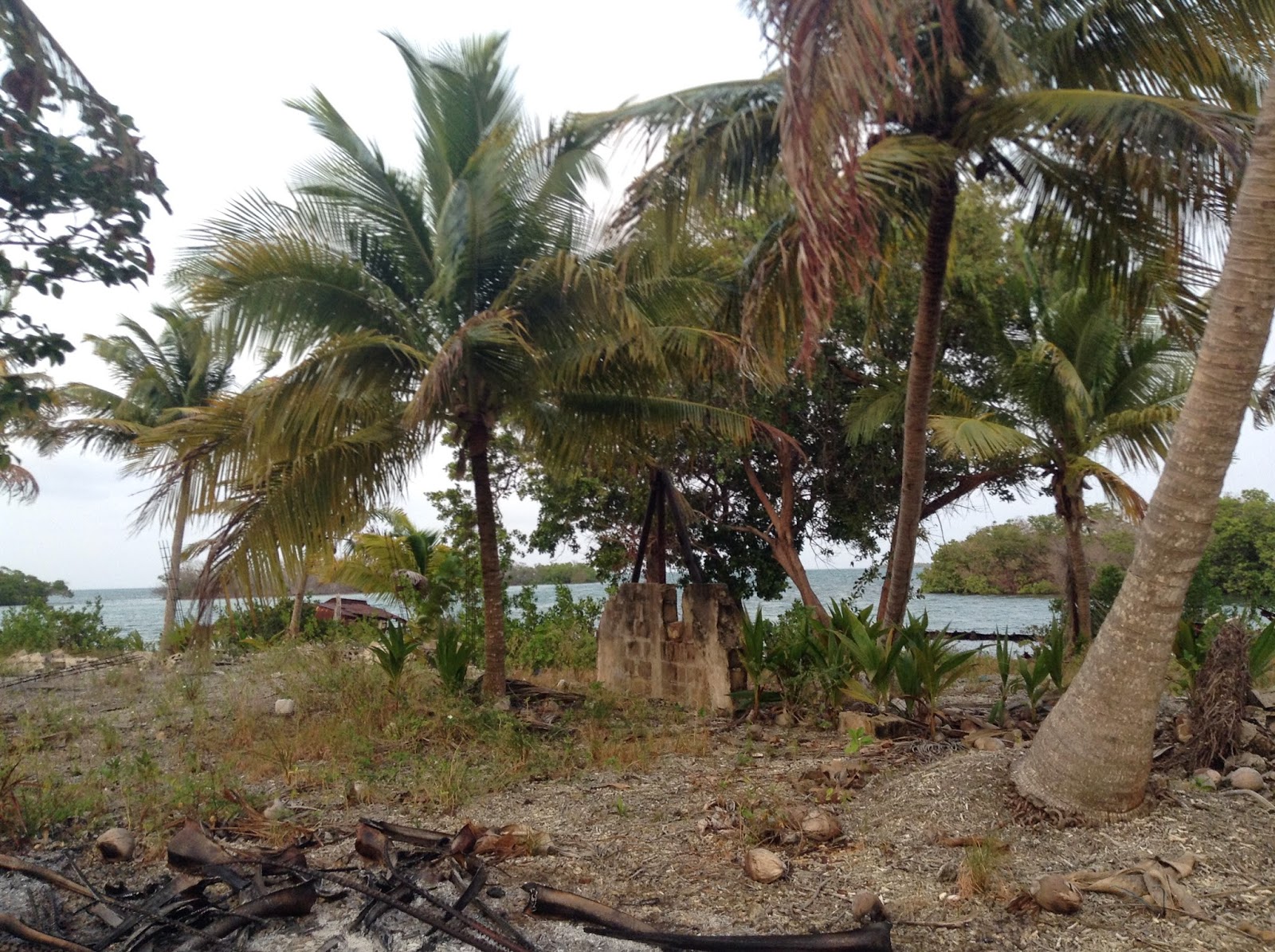 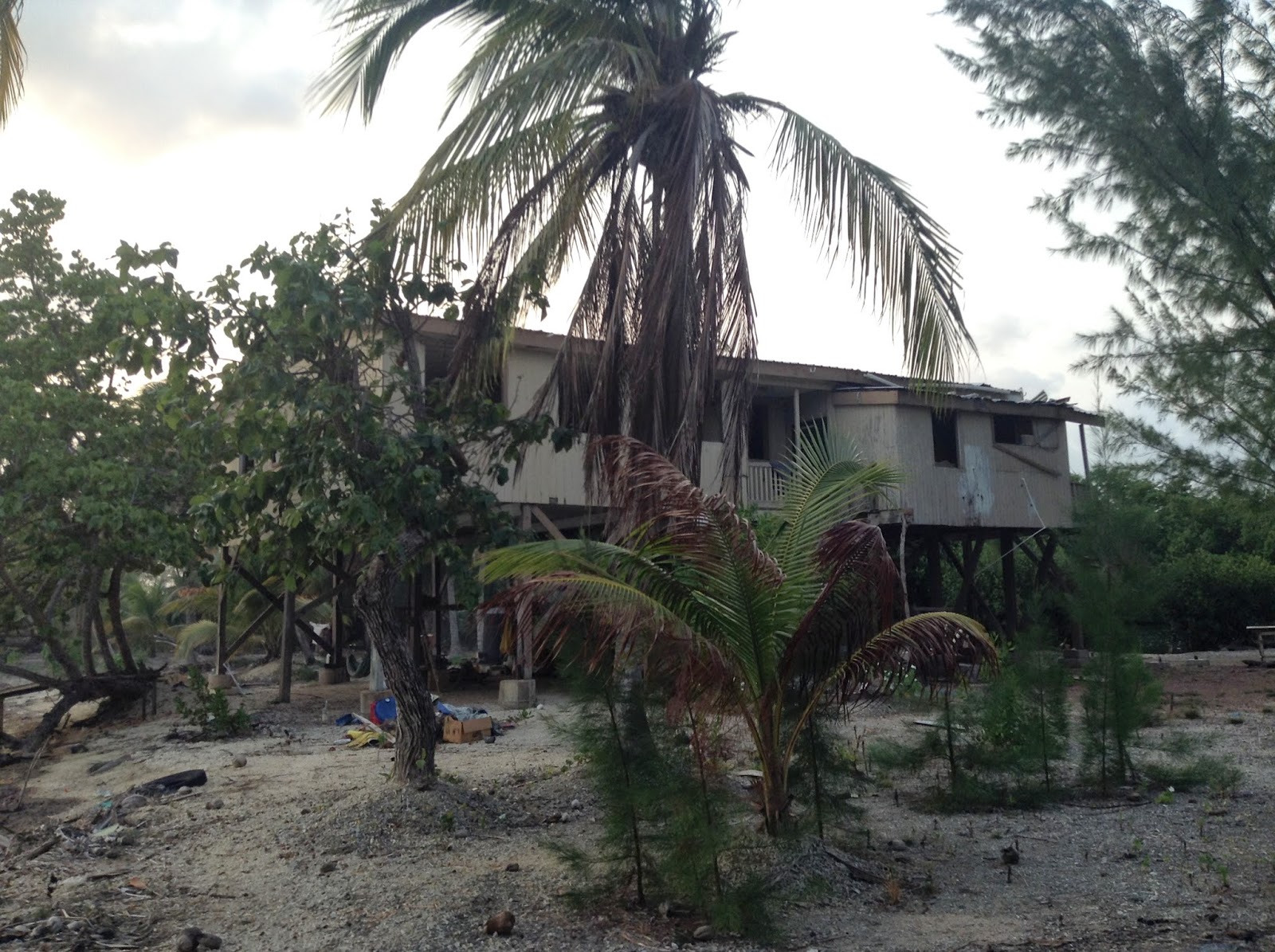 The caretaker, Gonzalo, I think his name was, was very kind and totally appreciative of the food I brought over for him.
I didn't tell him, but I think he needs a dog to keep him company - it seems like it would be pretty lonely, being there by yourself for weeks at a time.
I guess that's just another mouth to feed, though...

One thing I always leave Robinson Caye with is more pretty sunset pictures... if you already follow me on instagram then you may have already seen some of these - if not (you totally should) then here ya go - 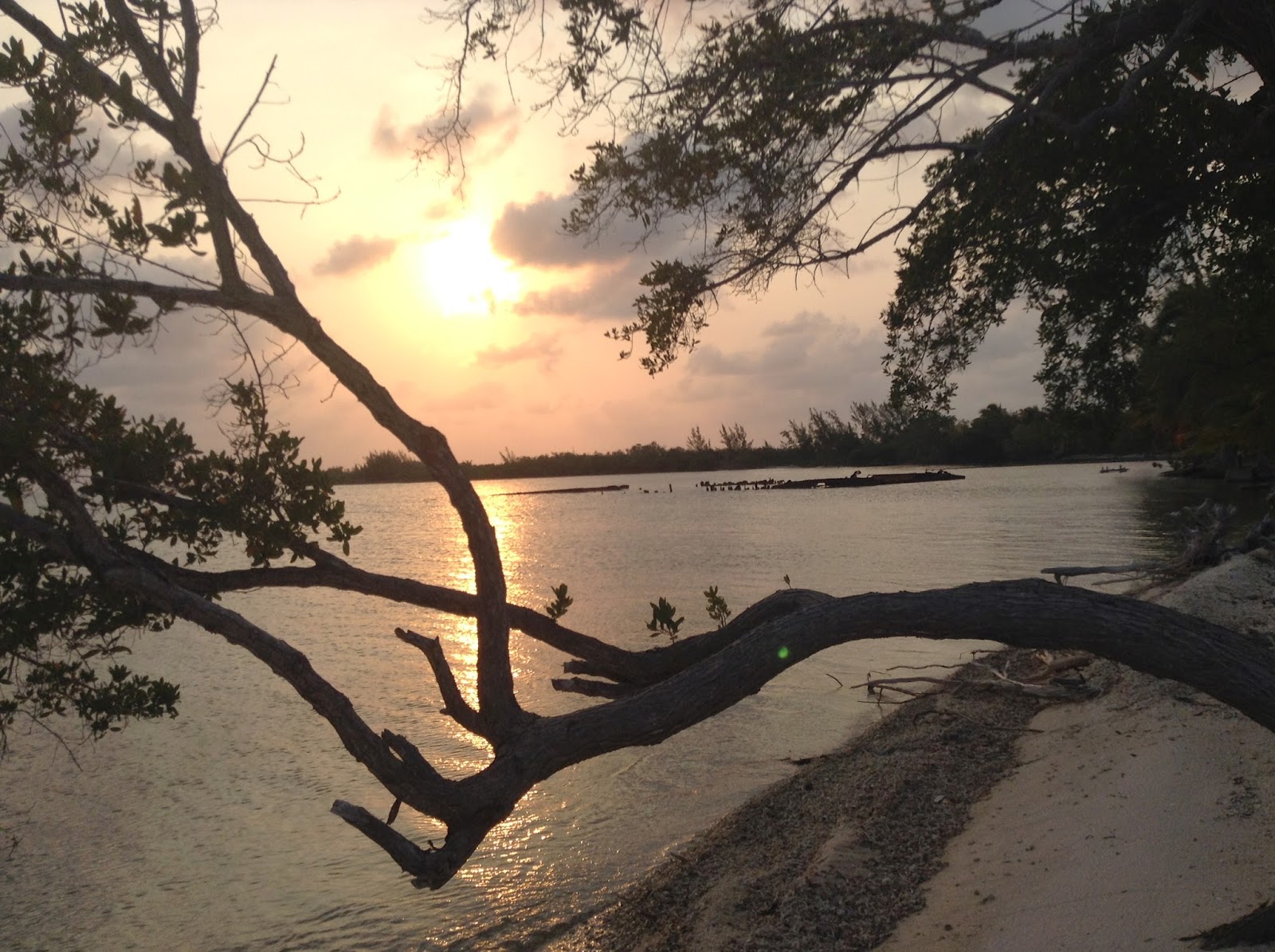 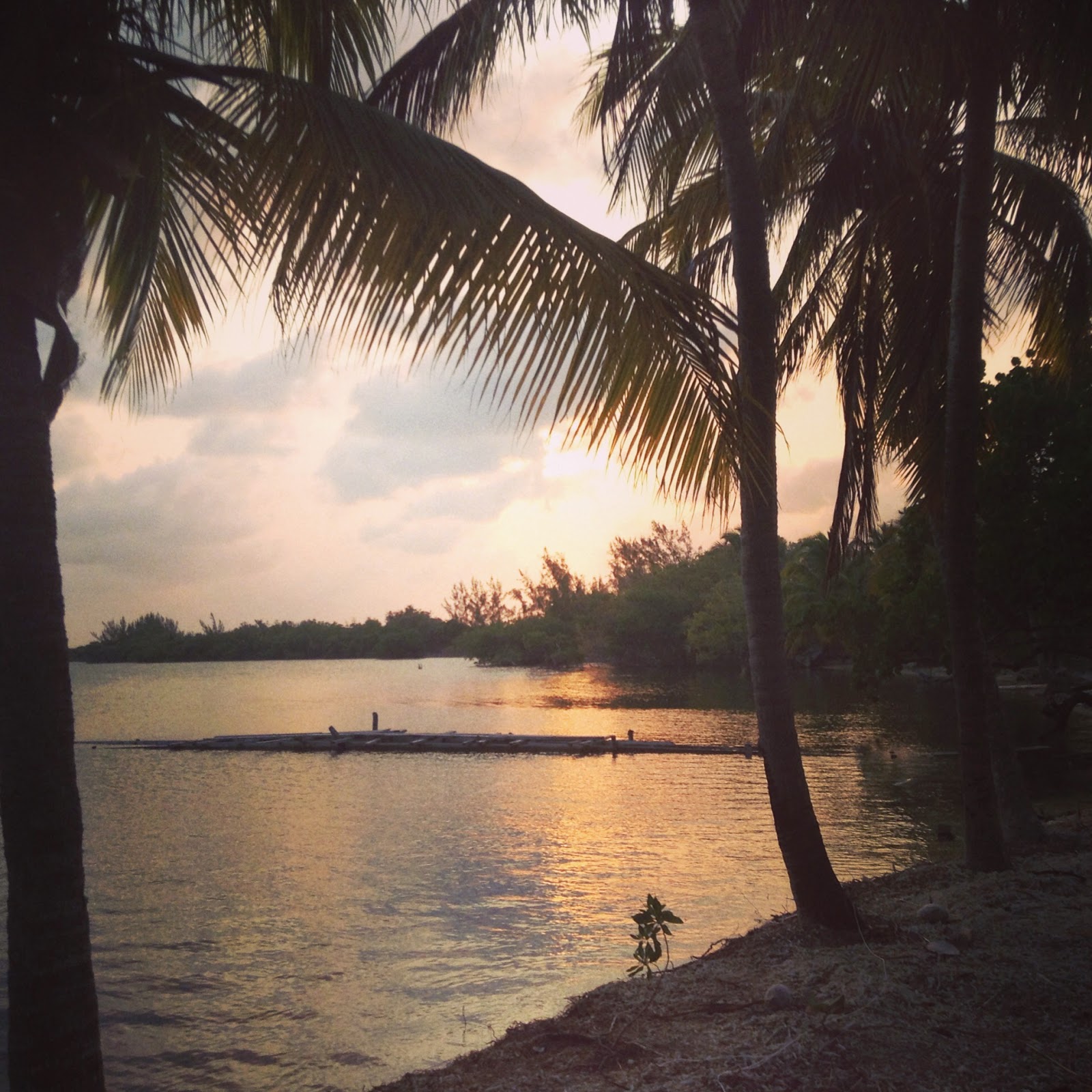 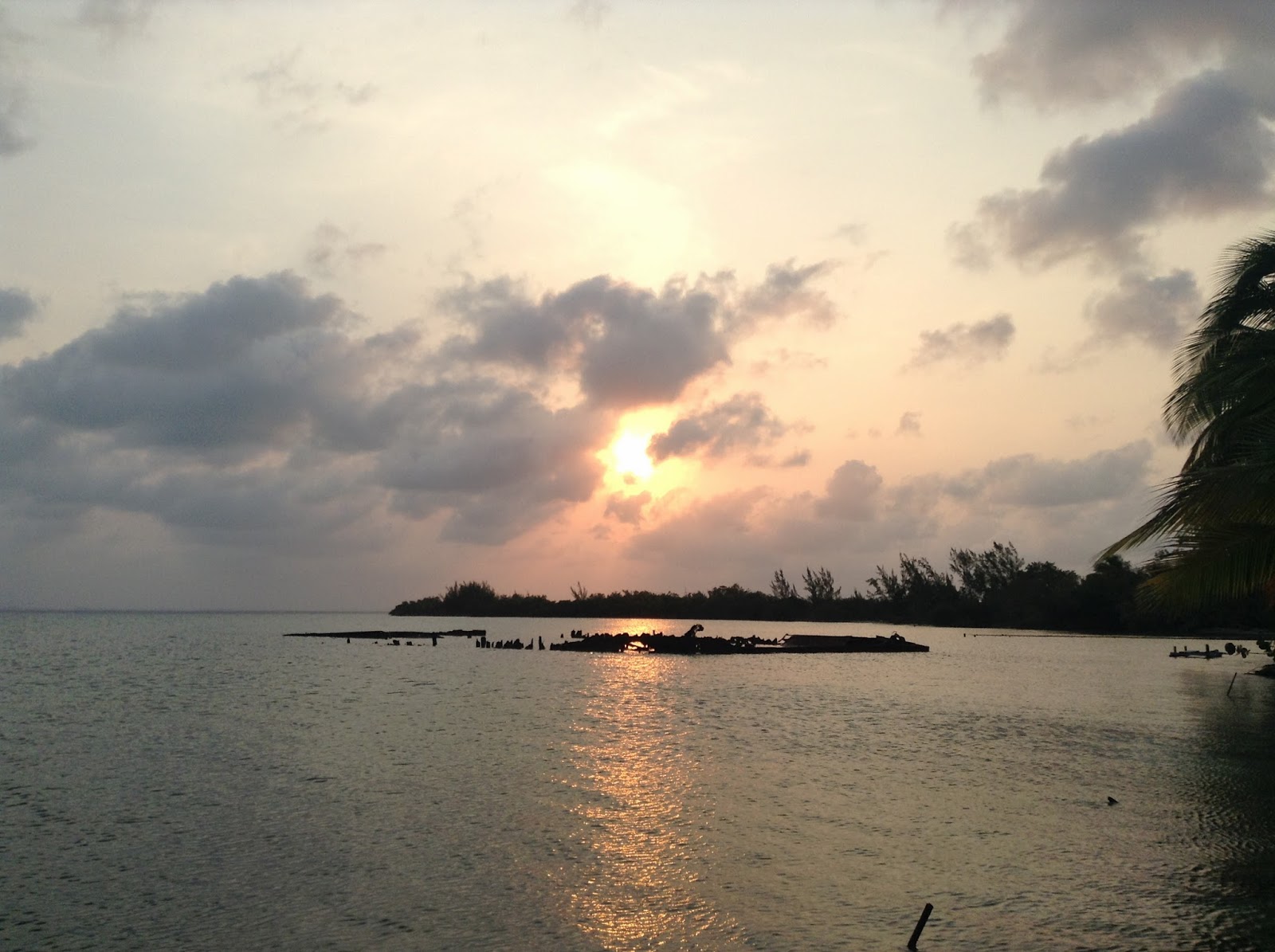 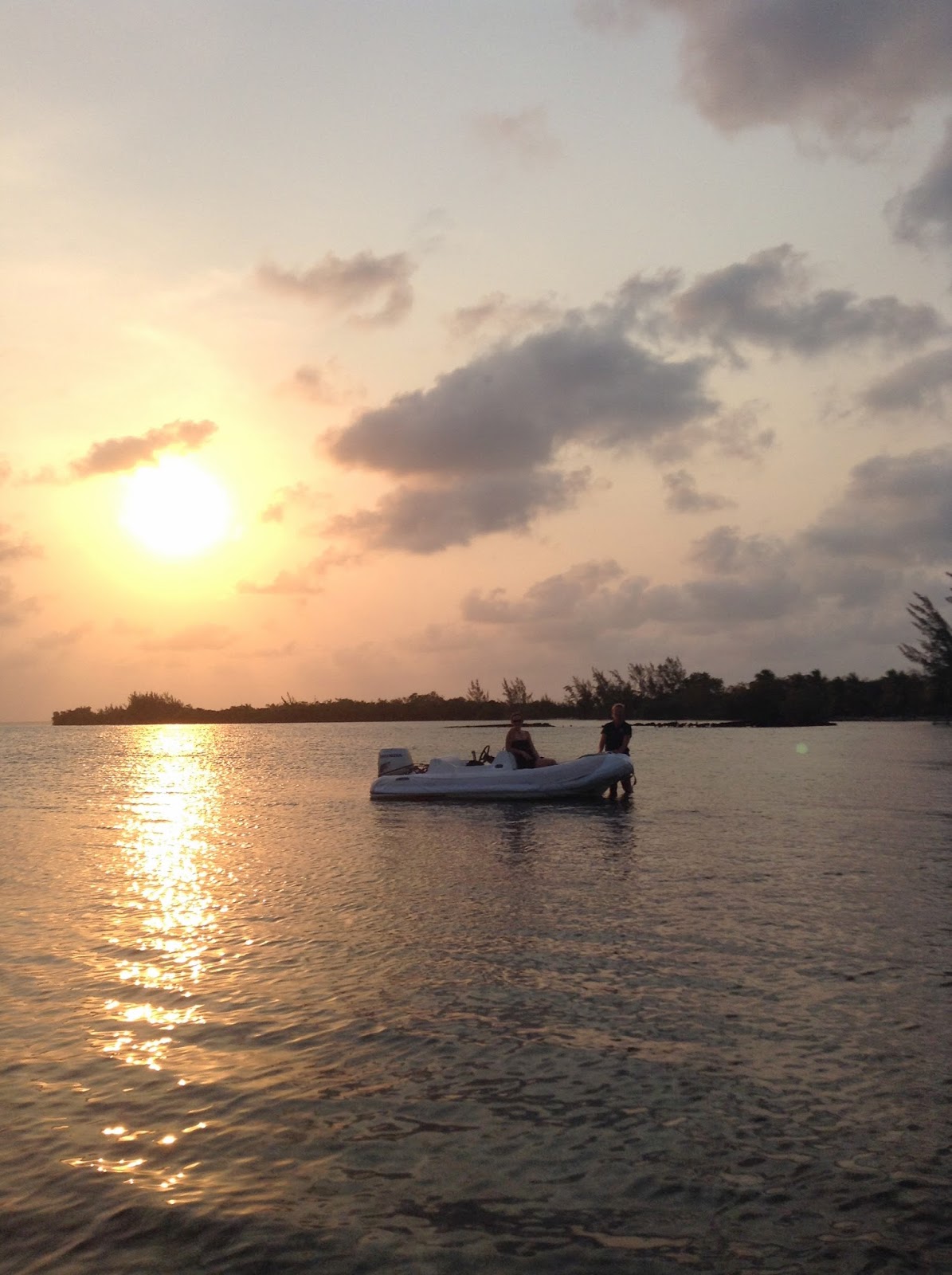