So I just got back from, pretty much, the best charter ever - awesome guests, awesome captain, cayes I hadn't been to before, shooting stars almost every night, seeing the moonset, and swimming with a herd of about 20 manatees. 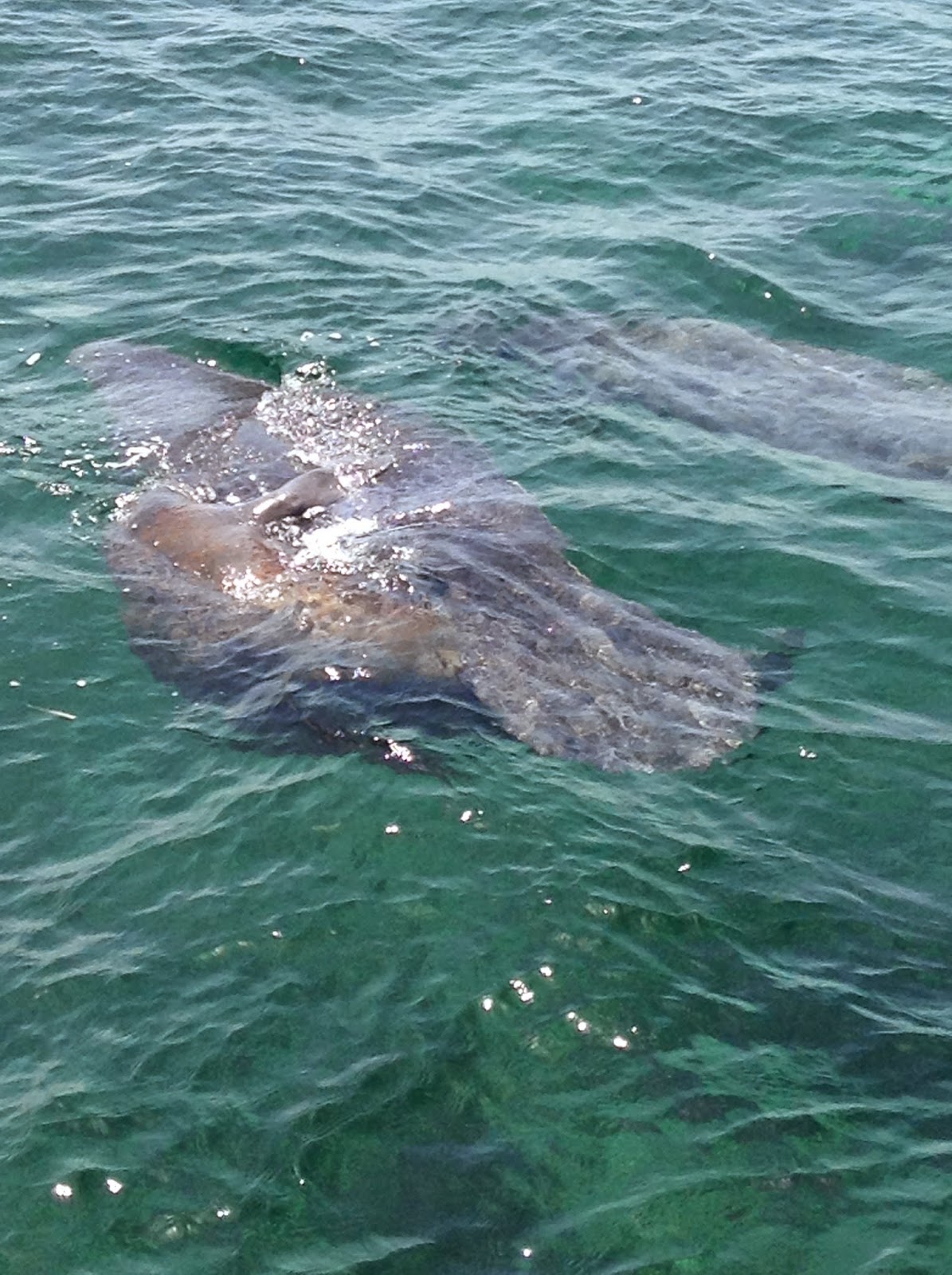 The fact that it was my first time even being close enough to get a good picture of one, and that some of them were involved in group sex, kind of makes it even more special, don't you think?

We were sailing from one snorkeling spot to another near Gallows Point when my captain and I spotted something huge floating in the water - I thought it was something dead at first, like the pilot whale found in San Pedro - but then my captain identified them as manatees and asked if we should turn around to go see them. (I think my reply was something like, "Uh, yeah we should turn back and go see them, what the hell kind of question is that?")

My guests were originally from Florida and spent a lot of time snorkeling with manatees when they lived there, so they weren't specifically looking to do more of that here in Belize - but I think they were even surprised by what we were all getting to see. My captain, too, said that in all of his years working on the water and being in the sea, he had never seen this mating practice taking place.

We didn't interrupt the ones who were gettin busy (no molesting the wildlife) but we did swim around the boat with the other ones who came to check us out, and it was awesome.

So.... this is how manatees make babies - one female takes on a few different males and, I was told, that sometimes the poor girl ends up drowning because she can't come up for air with all those boys piled up on top of her!

I also learned, after the fact, that you're supposed to contact Belize's Coastal Zone Management if you come across a manatee mating herd in the water, and you can call them at 501-223-0719