Nicaragua - Part 4 - San Juan del Sur and back to Managua

I was almost tempted to leave out this last post about Nicaragua, due to the fact that I found San Juan del Sur to be slightly... disappointing.
Since I don't have much else going on at the moment though, I decided to get'er done.

Getting to SJDS from Granada was interesting - we were picked up from our hostel with two guys from Israel and driven about forty minutes out of the city, where we then pulled to the side of the road and waited for another van to come bring us the rest of the way. The second van was bigger, had air conditioning, and was more comfortable... probably very comfortable for 8-10 people... but they had about sixteen of us shoved in there and Kathy and I got stuck sitting on little, wooden, fold out stools wedged in between the seats.

We had planned on following a fellow traveler to her favorite go-to hostel just outside of town when we arrived, but, since it was Independence Day weekend, we quickly found out that pretty much all of the hostels in the entire area were already booked. Luckily, we just went for a walk to look around, saw a cute hotel not far from the beach, went in, and were able to get a room for two nights - Friday and Sunday... (We aren't even going to talk about Saturday night - just know that you should never, ever stay at the Atlantic City Hotel and Casino. Trust me) 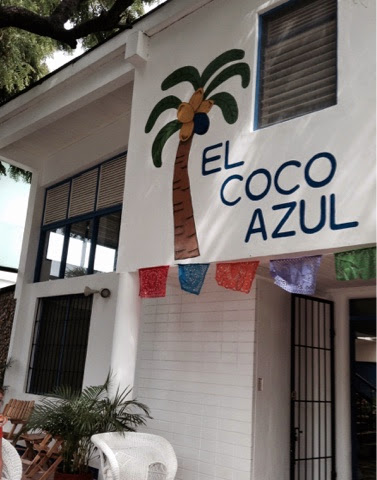 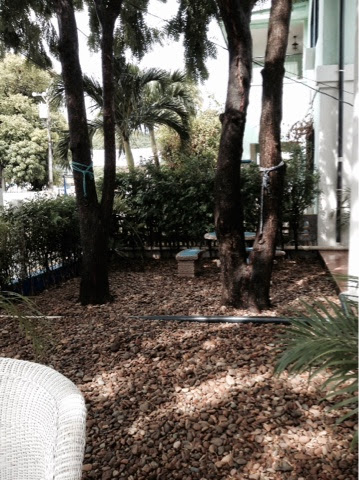 This was a cute hammock area, when it wasn't raining 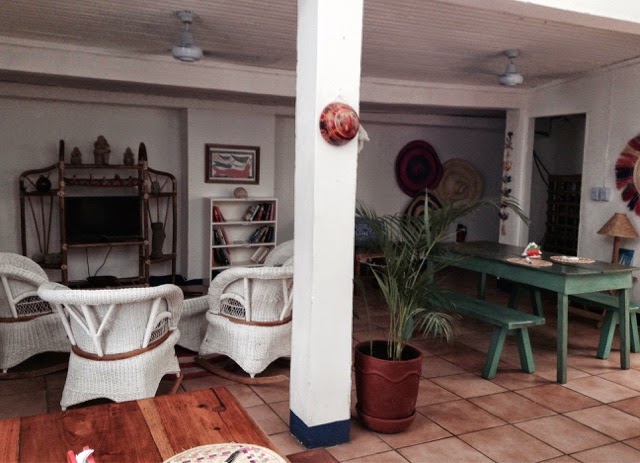 Lots of space to sit and hang out inside 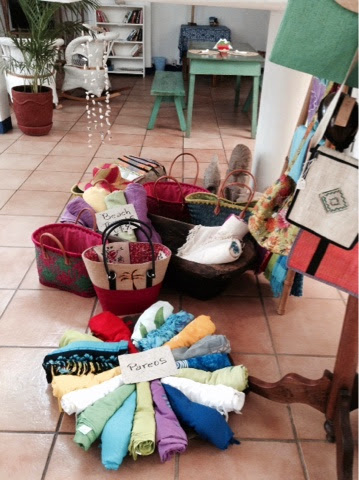 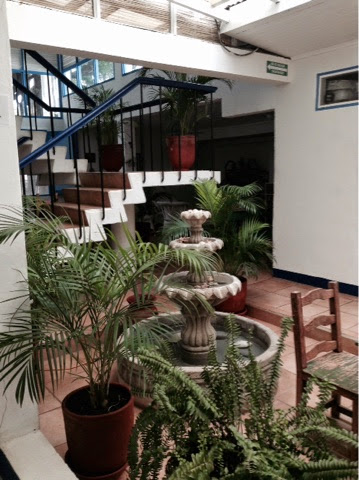 Fountain in the dining room

After getting settled in to our room (no picture, sorry, but it was perfect and could have slept four people comfortably) we went out to find some dinner and drinks and to get a feel for the town....

I had been told by many different people that I had to go to San Juan del Sur. They assured me that I would love it - "cute little surf town," "awesome beach," "people with 'your kind of vibe'...."
Maybe my expectations were too high, but.... meh.
Just wasn't feeling it.

We had dinner at one of the multiple beach restaurants that all look exactly the same and have, basically, the same menu as one another. 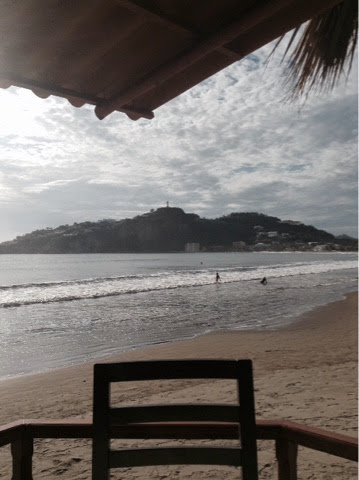 View from the restaurant - that's Jesus up there on the hill. (Christ of Mercy)
One of the touristy things to do here is to walk up to the giant Jesus statue, but other than being able to take a sweet picture of San Juan del Sur from there, the idea just didn't appeal to me.
Maybe if it was a giant leprechaun statue or an enormous ball of twine.... 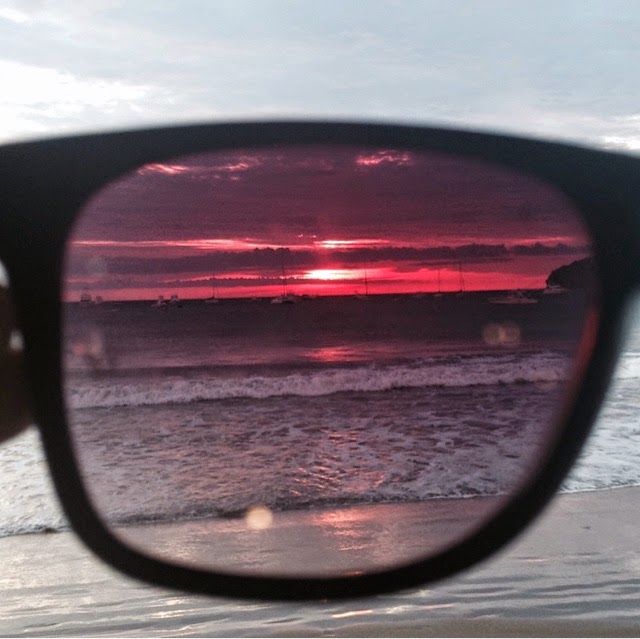 That night's sunset, which looked prettier through my knock-off Raybans.

We walked around town a bit that night and ended up drinking at an American style sports bar with a  bunch of old, retired American dudes. It felt like home...Kathy and I, once again, got giggly and banged shots of tequila along with our beers and had our own little party in the corner.

We went back to the same bar the next morning and the bartender was surprised that we weren't hung over. (He told us we were there for almost three hours and had at least six shots- we told him that's nothing.)

I really don't even have many pictures of San Juan, now that I'm looking through them for this post. We were there for three nights and these are all the "town shots" I took :

The tide is so far out during the day.. 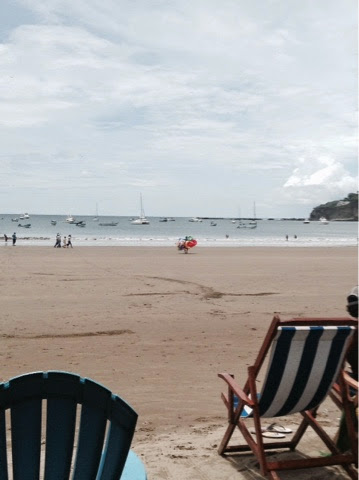 Really... that's all of them.
This was supposed to be a surf town, yet, I didn't see one person surfing the entire time, and only a handful of surf shops. 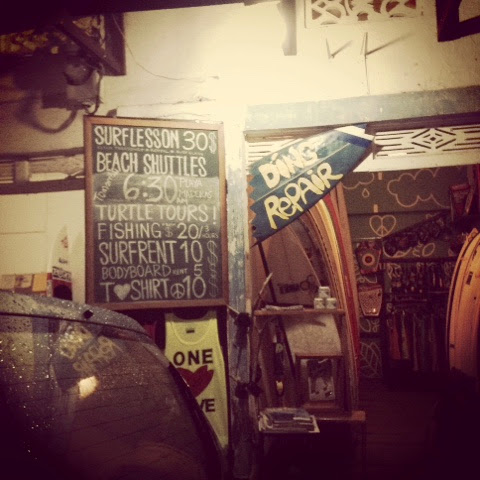 Town was quiet during the day - absolutely no one in the water except for a few small kids on boogie boards, no one laying out on the beach, no one doing anything.
At night, though, holy crap.
There were so many people - the bars were all loud and crowded (except for our favorite sports bar) and the streets were packed with cars and pedestrians.
This was THE town where I felt the most likely to get pick-pocketed or mugged on the beach at night. It was a total party scene and party scenes are not my thing.

Enough about SJDS now - just a heads up that if you want to leave San Juan del Sur by bus, there is only one that heads to Managua, and it leaves at 6am (we found this out around 1pm the day we needed to get to Managua) Also, no shuttle buses run on Independence Day, and a private taxi will end up costing you $75us.
Yeah.

We were supposed to stay with Carlo again for Kathy's last night, but I think we talked too much about wanting to watch Tommy Chong on Dancing With the Stars at his house, so he changed his mind and we ended up getting a condo at a hotel in Managua for $70us.
(Most expensive day of the trip, by far)

This place was nice, though... 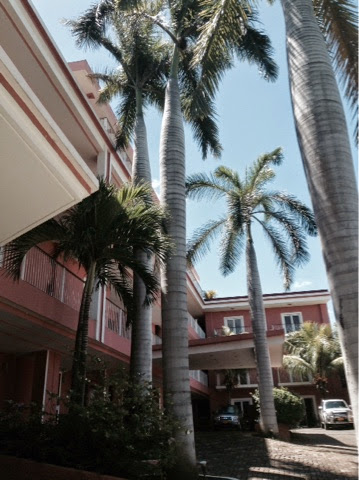 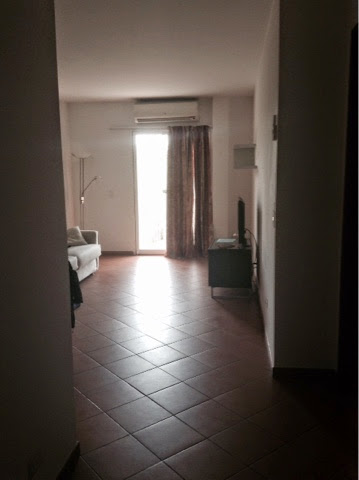 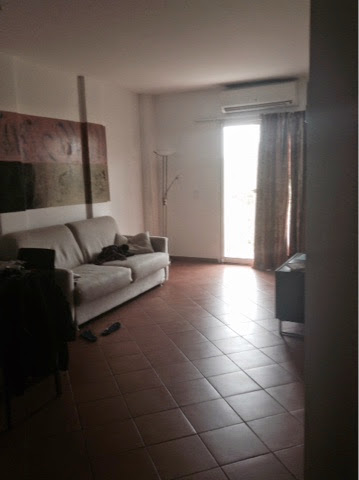 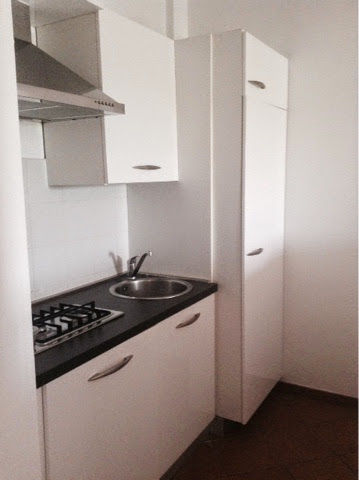 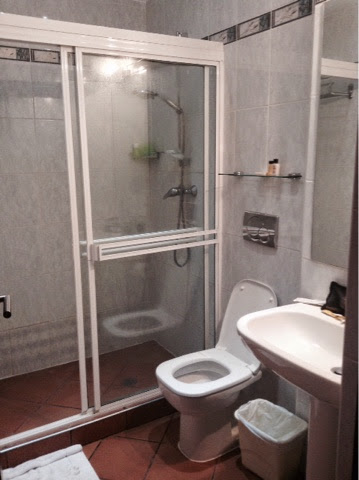 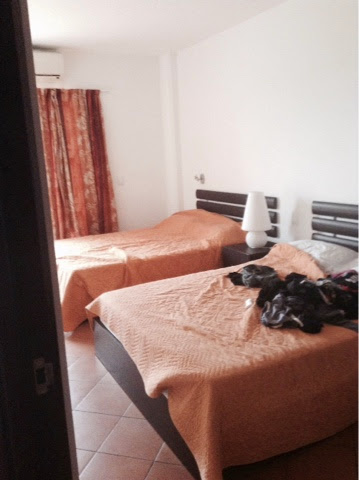 Kathy left the next morning after we walked to the MetroCentro (mall) for breakfast - an actual mall. I honestly can't even remember the last time I was in a mall - with escalators and everything... 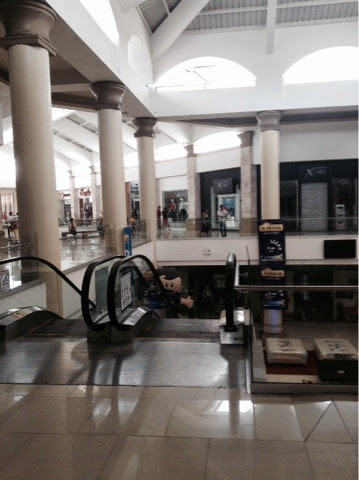 I only had one day on my own before coming home to Belize, and I was perfectly content with catching up on some nap time and taking a warm shower. I did wander out to go find something for dinner eventually and ended up at an Irish pub called The Temple Bar.
I must have gotten there right around the time they opened because I was the only one in there for a while. The bartender was super sweet and we were able to have a decent conversation with his broken English and my limited Spanish.
Two other guys had come in while I was ordering food to go and we started talking. We must have hung out for another hour or longer, until the one had to leave to get to a birthday party. They offered me a ride back to the hotel but... c'mon now. They said they were attorneys, but I know very well they could have been part of a big human trafficking ring and I just didn't feel like getting stuffed in the back of a van with another 15 people again - been there, done that.

Ooooh, yeah, El Salvador is now high up on my Bucket List - it looks beautiful... 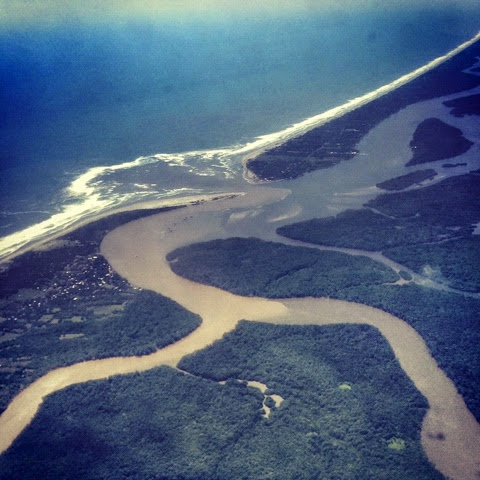