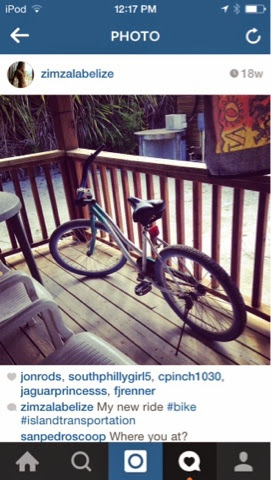 It was dumb of me to leave my bike unlocked, yes, but crime is getting worse here on the island - like, really bad, and  no one seems to be talking about it.
(Gotta keep raking in those tourist dollars, I know)

Someone also tried to break into a house at Rojo yesterday afternoon - possibly right before my bike was taken.
A house near Indigo was broken in to.
Guest rooms at Matachica were robbed a few weeks ago while the people were out at dinner.
There have definitely been gun shots heard.
A woman picked up a guy who asked her for a ride and he held a knife to her throat and stole her purse when they were in a secluded area.

Those are just a few of the things I've heard about  in the past few weeks... I'm sure there's even more going on.

I highly suggest that you adopt a good guard dog (CHEECH) and be extra careful - even though I live less than 200 steps away from where I'm working right now, I'm still getting walked home tonight.
Whoever cut my screen has most likey been paying attention to when we're all in and out of our houses - who knows if it's someone crazy enough to try to grab my wallet or something if I'm by myself. 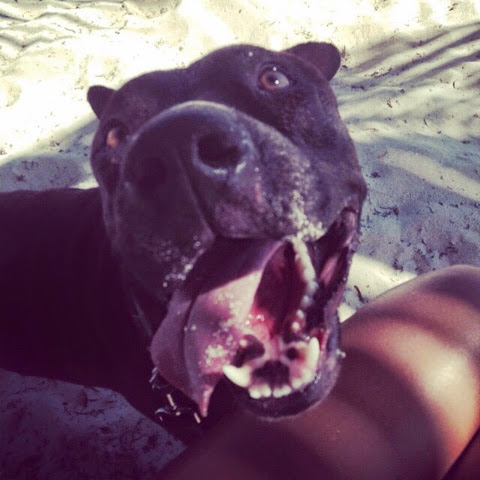 And I'm also adding the fact that there's someone who's a shit talker and tells my landlord things I say/write, but they get the info wrong when they speak to him. (like telling him I hate it here and I want to move - SO UNTRUE)
To the shit talker - if you read into this enough you SHOULD be able to see that this entire post isn't really about me being upset that my bike was taken or that my screen was cut.... it's a sneaky way to pimp out Cheech again ;)
ADOPT ADOPT ADOPT!!!
Posted by Unknown at 6:43 PM