I'm fully aware that I was "just a tourist" when I first started coming here, but I promise you, I did not do any of the following things:

1- Being Stingy with the Tip (or not tipping at all)

Ok, I haven't done any extensive traveling - I've only been to five countries outside of the U.S, but every time I've gone somewhere new I make sure to find out what the tipping situation is like.
If I don't go and seek the easily accessible information online, I make sure to ask someone who lives in whichever country I'm visiting...so, I'll tell you right now, no matter which country you are from, WE TIP IN BELIZE. 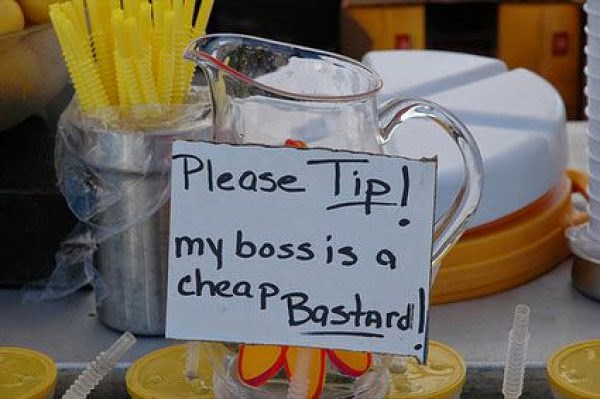 Right before coming home and starting this post (two weeks ago) I was at my local beach bar/ restaurant ordering food to-go and having a drink.
An American family of six showed up, ordered two beers and a Panty Rippa, (after asking the bartender - What's the WiFi passowrd? What's in a Michelada? What's in a Pany Rippa? Can you make a Strawberry Daiquiri?...) then proceeded to make themselves comfortable - turning their own music on over the music already playing at the bar, handing the bartender their garbage, and then playing a few rounds of volleyball.
They came back to the bar to pay, handed the bartender exact change - and held on to the extra $5 Belize dollar bill that they had left.
There was a tip jar sitting right on the bar in front of them, and they still walked away without leaving anything.

Even if you think $2.50us is too generous of a tip to leave after having three drinks and a lovely spot to hang out with your family for almost an hour, wouldn't you at least ask for change and leave a dollar or two?

The answer to the question is YES, if you're not an ass, you WILL leave a tip.

The general "rule" here is, tip as you would do in the States - pay attention here, Europeans and Canadians:
For sit down restaurant service- if you're a 15-20% tipper there, be a 15-20% tipper here.
If you're only having drinks - the general "rule" is to tip $1.00 for every simple drink you order - Rum and Coke, Vodka Cran, Jack and Ginger, beer, etc. (one Belize dollar is acceptable)
If you prefer the frozen drinks- the Piña Coladas, Daiquiris, Dirty Bananas, etc, it's nice to bump that tip up a bit, because you're now taking up more of the bartender's time, and giving them more stuff to clean up.

I, personally, have experienced the absolute worst tippers AND, some of the best. Some people will leave their bartender $20us for just a few beers, and we love them. We couldn't get by without them, really - they help even things out. We also tend to remember them and make serving them a priority over people whom we remember to stiff us.

Don't forget your to tip your tour guides!
I hang out with a lot of tour guides here in San Pedro and the consensus is the same - people don't tip like they used to.
They tell stories of working 7-10 years ago and getting tipped $100-$500us each! Now, the crew is lucky if they get $100bz to split between all of them.

I've asked a few of them, "What would be a good tip?" but no one has given me a number. The answer is usually something like, "Anything they leave is a nice surprise at the end," so I'm just telling you what I think is fair enough, and if any local guide would like to chime in and correct me, that would be helpful.
I figure $10us per person makes sense.... So a group of 10 people would tip $100us.
When I've gone on tours, I've generally tipped between $10-$20us to each guide - some people may think that's a bit too generous, but, since I've been in the service industry myself for so long, I try to take care of "my people." 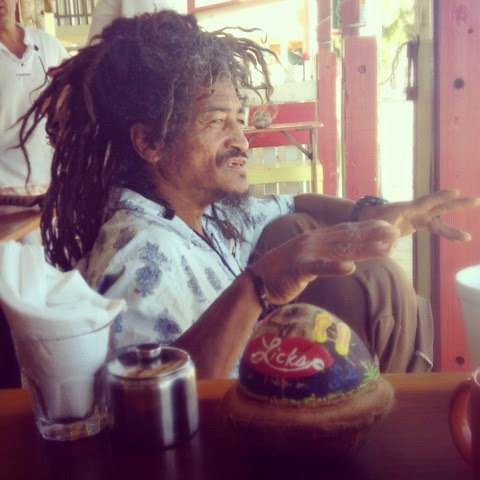 2. Wearing Bathing Suits to Eat or Go Shopping
Whether it's a bikini or a Speedo, it's just inappropriate to wear your bathing suit into the super market, while browsing the gift shops, having lunch on middle street, drinking at an indoor bar, driving around in a golf cart, while in line at the bank, or - and I know this one is disappointing, but even when going for a stroll on the beach.

Honestly, how hard is it to slip on a pair of shorts or a swimsuit cover-up?

The only places it is acceptable to be in your bathing suit are: Lounging around the pool at a resort, lounging on the beach chairs outside of your resort, at a swim-up bar, on a boat, or in the water.

You want to "do as the locals do?"
Put your clothes on.

*This is not just my opinion, and it isn't only a San Pedro "problem."
Reference - WomenWhoLiveOnRocks.com - "Out of the Mouths of Tourists."

3. Being Distasteful and Obnoxious
I don't know how tourists behave when they stay on Caye Caulker, down in Placencia, or in other parts of Belize, but I've done an extensive amount of people watching in San Pedro over the years, and I'm sure that anyone else who has done late night bartending here can confirm that we've all seen some shit.
(Side Note - it is not only tourists who act this way)

Some examples of distasteful and obnoxious behavior:

A woman in her 30's had sex with a different local guy out on the dock in front of Big Daddy's every night for a week. (It was pointed out to me every night when I was walking home from work.) Not even an attempt to go somewhere private - just right there on the dock.

The night I accidentally became a pimp - a married Canadian guy (who lives here now) wouldn't stop hitting on me and making inappropriate suggestions, so I excused myself to go hide in the bathroom for a bit after introducing him to one of my local friends, who I had NO idea made her money by sleeping with white dudes.
As I walked back out to the bar, she thanked me for hooking her up and told me she owed me $50. I saw them heading towards her house together on my way home an hour later.
(I've probably told this story before)

Some random, drunk woman stopped me on the beach one night to ask me to help her find one of the well known, good looking tour guides that she had been out on a tour with, along with her husband, earlier that day. Her husband was passed out in the hotel and his wife was feeling frisky.
I saw her again two nights later, and she was on the same mission.

People yelling and screaming all night - this only bothered me when I lived close to town. Again, people LIVE HERE, in your vacation destination. They get up early for work and school. Have a liiiiitle bit of respect when you're near homes.

Couples getting hammered and fighting in public. This happens way too often.

The Walker Stalkers (fans of Jerry Jeff Walker).... Oooh, you guys. So loud. So obnoxious. (From what I hear, though, also very generous)

4. Being Unoriginal
Those of us who live here are sick of the following phrases:
-That's unBELIZEable!
-Can you BELIZE it?!
-I BELIZE I'll have another drink!
-Don't stop BELIZEing!
-BELIZE it or not!

Just buy yourself a T-shirt or a beer koozie and let it go.

Email ThisBlogThis!Share to TwitterShare to FacebookShare to Pinterest
Labels: Ambergris Caye, Belize, Belize it or not, Coconut Leo, dont be a dick, phrases, tipping in Belize, tourist behavior, tourists, tourons, unbelizeable, women who live on rocks