Yesterday kicked off the Comparsas and Painting portion of Carnaval here in San Pedro - which I just happened to stumble upon while I was out 'n about... 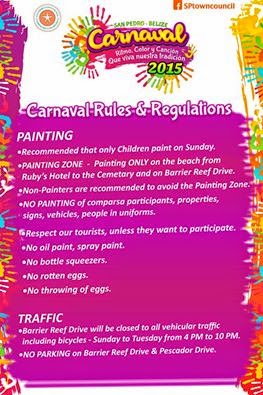 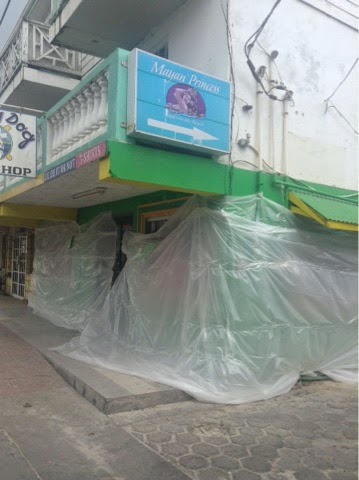 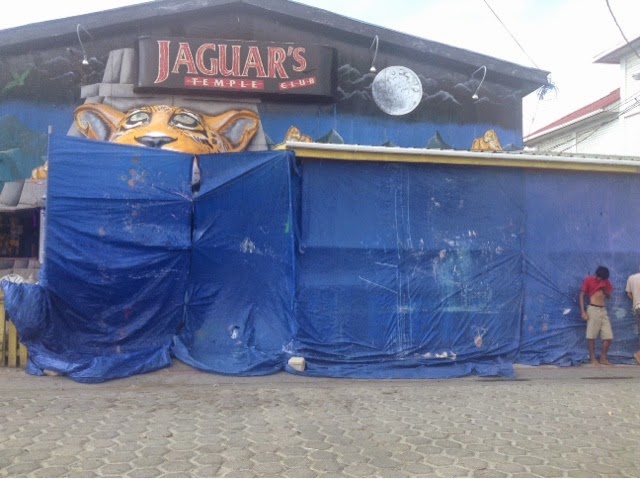 And then you see....
People covered in paint 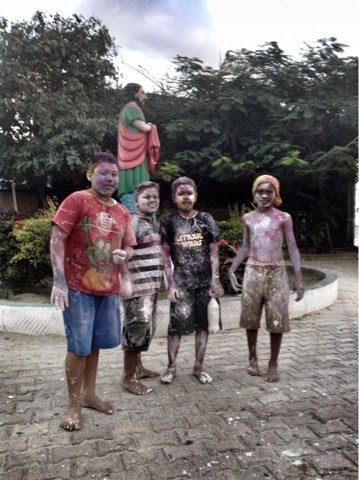 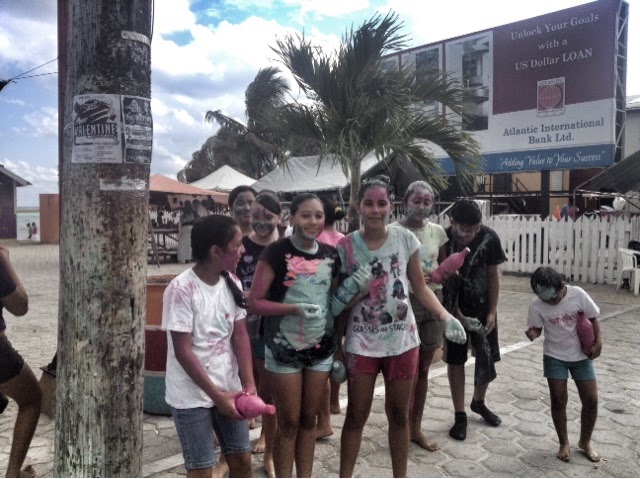 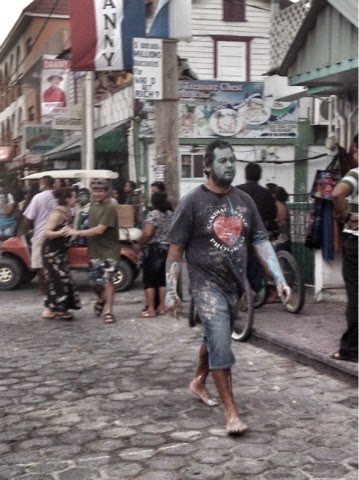 For the Comparsas -
People spend months perfecting their costumes and dances 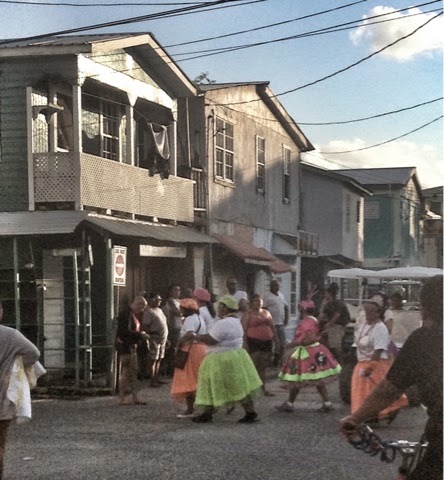 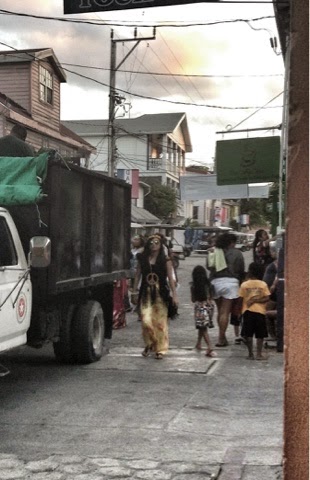 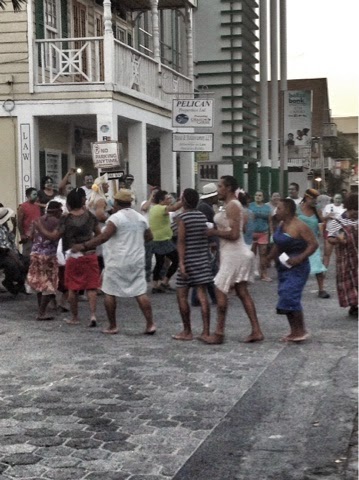 The Barbies in Action

The Comparsas and painting continue today and tomorrow, and on Wednesday they do the Burning of Don Juan Carnaval - which I just had to look up on the Ambergris Today website:

Of course, before the reading of the will, there was Don Juan’s re-enactment of his wedding in which a lot of women whom he had let down were crying.  And then after the will, Don Juan was taken to the football field and burned.  It was the superstition that if he was not burnt properly and totally, San Pedro would go through some spells of misfortune, so the village boys very dutifully burned the effigy while the women continued their crying and their mourning.  After this everybody went home and San Pedro was ready to enter into the period of Lent, the period of fasting in preparation for the passion and death of our Lord. San Pedro had celebrated ‘big time’ and was ready for as solemn period."
I"ll be going to town this afternoon for a  lunch date, and I think I've been talked in to going tomorrow, too, for the final day of painting to participate and do a little drinking - so make sure you Follow Me On Instagram for pics!
Posted by Unknown at 8:04 AM