I'm sad to say that Ambergris Caye will be losing even more of it's natural charm once partners with Grand Caribe take over what has been Cheech's home for the past three months or so - the old Lazy Croc's property. 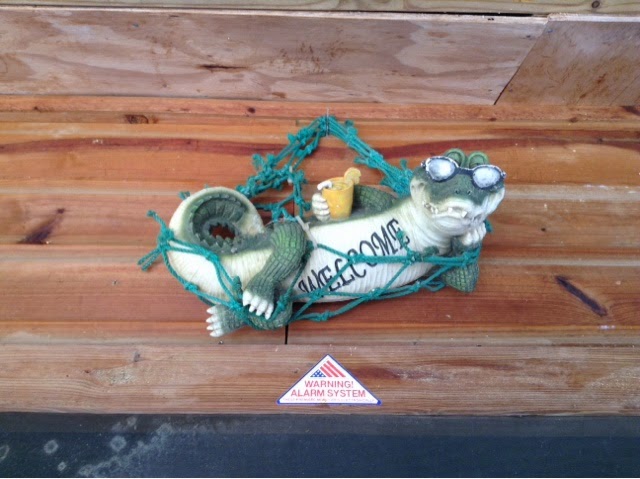 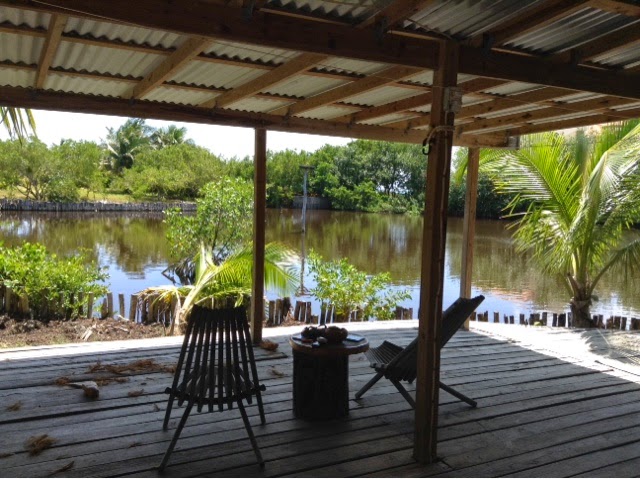 You can see in the next photo how close the enormous buildings of Grand Caribe already are .... 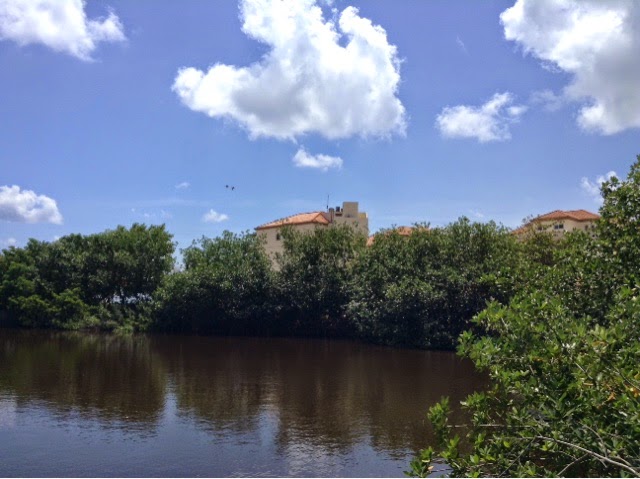 And this next photo is even worse - they've ripped out mangroves, which are so important, AND they've filled in the lagoon in preparation to begin building even more obnoxious buildings. 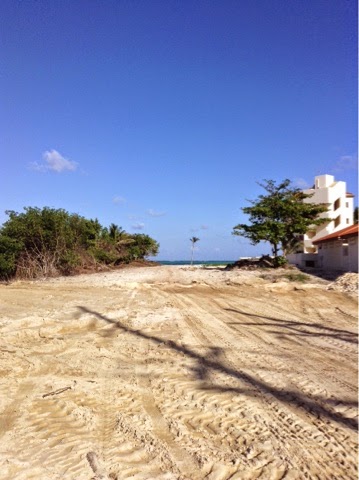 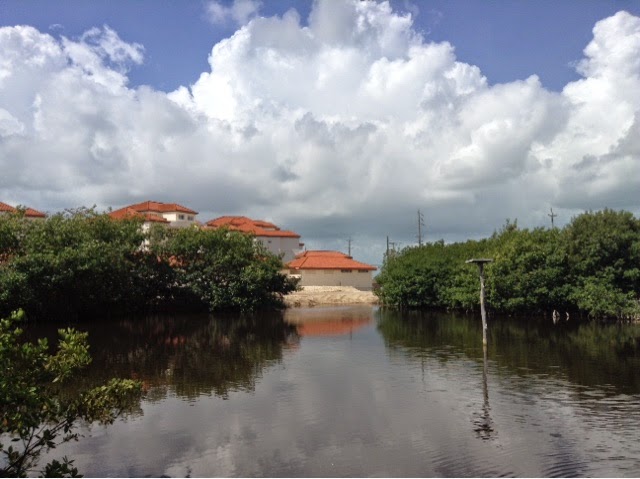 The front of the (old)Lazy Crocs property is basically raw land with lots of trees, shrubs, and mangroves - you can't even see the house or lagoon if you go by on boat, it's just looks like a nice, lush, natural spot (which I LOVE) 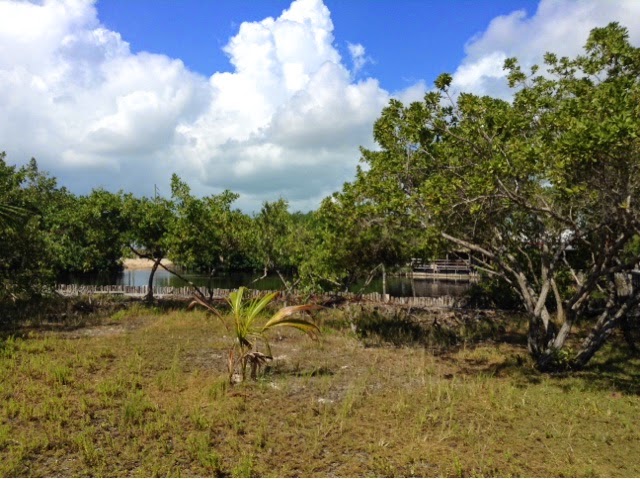 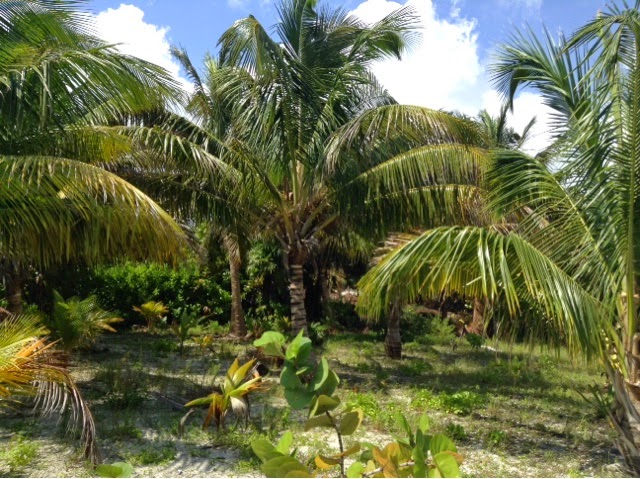 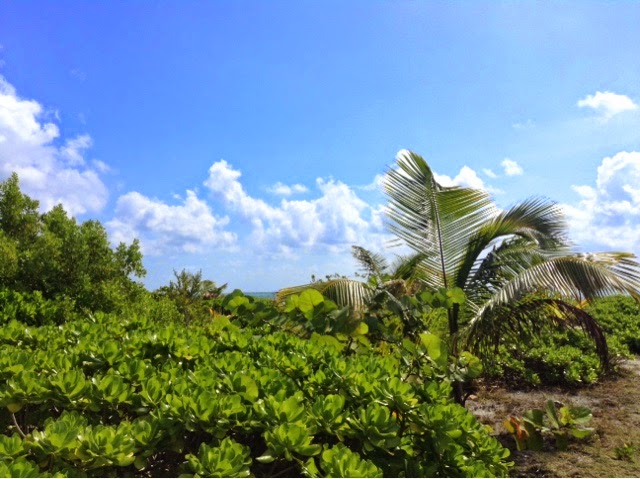 You can almost see the sea in the back there -
THIS is a wise idea for the island: PROTECT IT. All those beautiful green things you see protect the island from erosion... DUH. 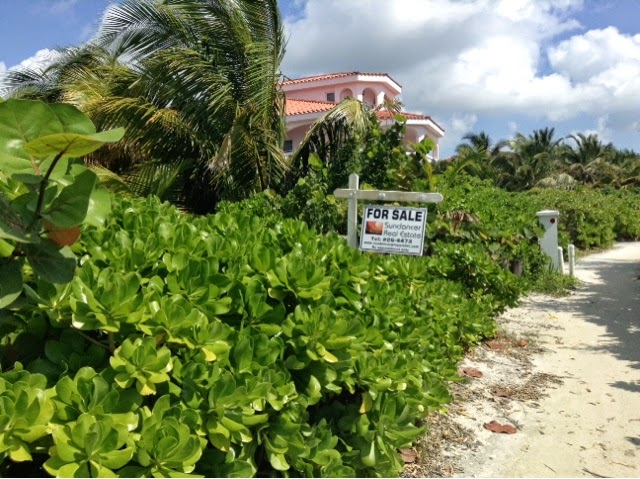 Unfortunately, that For Sale sign, along with pretty much every beautiful piece of growing, living nature that you see, will all be taken away soon.
Instead, we'll get another 6 condo resort from Grand Caribe to look at.

For now, I'm told that they have no intentions of filling in this part of the lagoon, leveling the house and restaurant, and raping the land for more profit - but I think it's only a matter of time, don't you?

I mean, they're already having their way with the land to the back - have you been wondering why they're filling up so much land from behind Akbol's yoga barracks all the way to Grande Caribe? 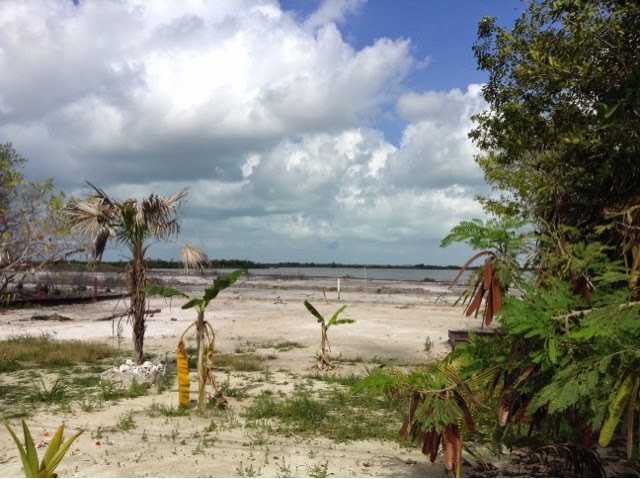 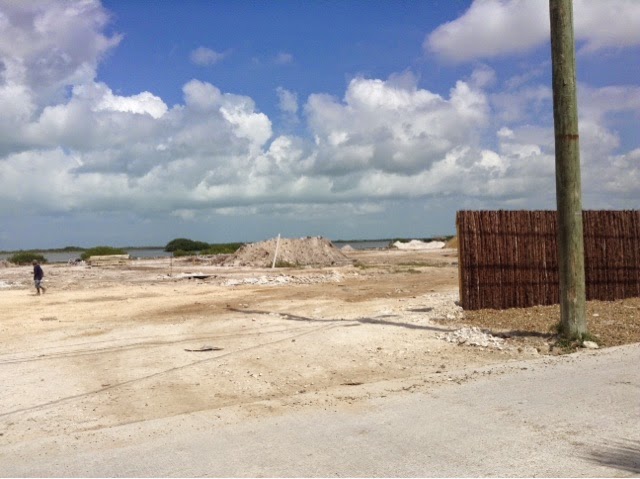 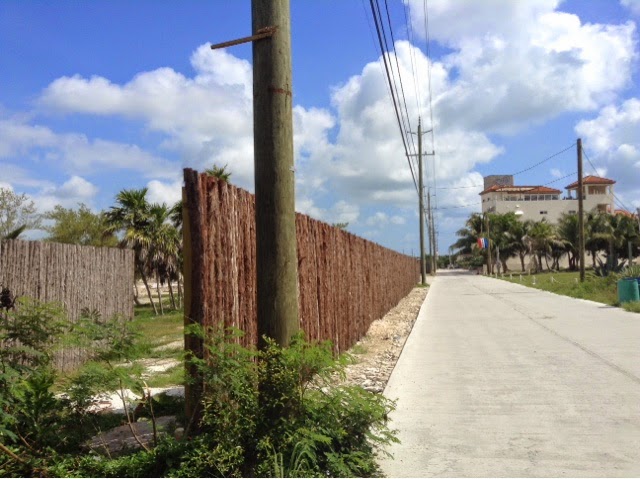 Yeah... that's so they can build 70+ over-the-water bungalows.

I've always heard there were crocs, huge tarpon, rare birds and lots of other things living back there - but I guess we'll just kill them or scare them off after taking away their natural habitat in order to build more fancy shit for the tourists....

Which makes me wonder - doesn't anyone want a nice, true, rustic visit to the "exotic" countries they travel to? Isn't the idea of a cozy little beach front shack with trees and hammocks and the sweat sea breeze blowing through your windows more appealing than a closed, sterile, air conditioned luxury suite comparable to a fancy house back home?
Is it just me?

I know that growth is inevitable - but do we really need to be so destructive to be accommodating?**

"Proposed by Italian businessman Domenico Giannini, president of Puerto Azul Exclusive Resorts & Hotels, the luxury resort would host 1,000 guests and 2,000 workers. It would include underwater suites, a golf course, an amusement park, a super-yacht marina, a submarine-base, hospital, and a Formula One racetrack. To transport guests to the site, the developers are also planning to build a 2-mile long international airport landing strip on the coral reef itself -- blasting away marine habitat, dredging sea grass beds, and hammering pilings and concrete into the reef. And this airport would be even larger than the country's existing international airport near Belize City. All of this construction lies within the immediate vicinity of the Great Blue Hole, a nationally protected area and World Heritage Site."

I don't know how people like Mr. Giannini and his coworkers are able to sleep at night.